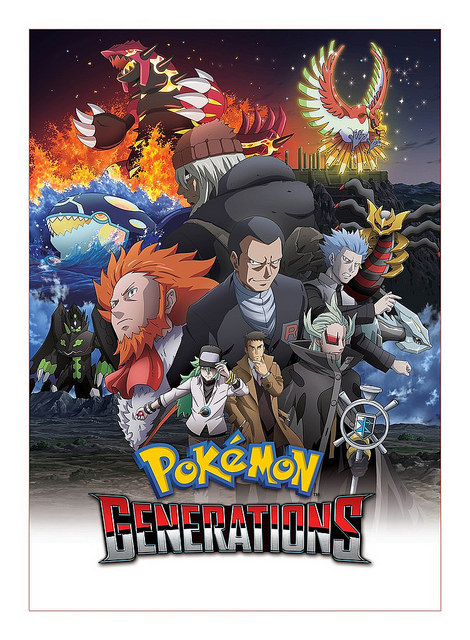 It’s time to review the recent web series that Pokemon got. It was a relatively short show as it only had 18 episodes and they were each 5 minutes. It was a good show, but also very disappointing as I had been expecting something a little more grand. From the premise and the poster, I was awaiting a magnificent look at the best moments in Pokemon history, filled with a lot of great high budget fights. Unfortunately, that was not to be. There are little to no fight scenes to be found here so the series plays out like a commercial. Really, I feel like these were made to be little cutscenes inside of a Pokemon game and wouldn’t be shocked if they announced something like that in the future. It’s important to go into this series knowing this beforehand as you’ll enjoy it a lot more. There won’t be any fights, just think of the series as a commercial for the games.

The first segment is just an overview of what’s to come. We see Pikachu take on a lot of Legendaries and prove that he is the strongest Pokemon of all. It was an interesting way to start the series and I wasn’t against it since I love seeing Pikachu wreck everyone. Unfortunately, it did give the wrong impression as this segment did have a lot of Pokemon action. No full fights as they were all interrupted, but it was still epic. The second episode sees Looker attempt to capture Giovanni, but the mastermind had already escaped. It was a fun little sleuthing episode even if you knew from the start that Looker was doomed. He’s no Red and that’s the only person who can stop him. Looker actually appears quite a lot in the series so if it ever got a full anime, I could actually see him being the main character.

The third segment is easily the best one. It’s about how Blue took down the Pokemon League and became the champion, only for Red to arrive and dethrone him. While most of the fights are skipped over, we do get some nice trash talking and Blue’s voice actor does a great job in the role. The whole thing felt epic and it’s always good to see Blue getting his props. Especially since he didn’t look particularly good in Origins. Next up, we see Lance and Dragonite attack a Team Rocket base and they witness the Red Gyarados. This was another fun segment and Dragonite got a lot of personality. It’s safe to say that the villains stood absolutely no chance against an opponent of Lance’s level. He could wipe the floor with them without even trying.

Next up is the weakest one so far. Looker asks Silver to tell him where Giovanni is, but the kid doesn’t have any answers at the moment. It was also bad timing since Silver was getting ready to take on the Pokemon League and Looker was throwing him off of his game. The discussion is interesting enough, but since you know that the series isn’t very long in the first place, it really just feels like filler. Following that is a story about how Suicune, Entei, and Raikou originally started out as normal monsters and after dying, Ho-Oh brought them back as Legendary Pokemon. I was glad about the twist since the animal violence would have been terrible otherwise. The story is still a bit of a downer as the humans chase off the legendaries anyway. This segment was probably the most boring one as nothing really happened.

The next two segments are essentially flipped versions of each other as one deals with Kyogre and the other with Groudon. It’s not surprising that Groudon had the much cooler version as we see a trainer infiltrate the base and some really cool music is playing in the background the whole time. That part was the best part of the segment and even beat the main plot of Groudon’s awakening. The legendary Pokemon waking up was neat and then they destroyed the world, but it was more of a disaster scene than a fight so I was still hoping for some extra action. The music ensured that the Groudon segment was good though while the Kyogre one was a little underwhelming.

After that was the Deoxys vs Rayquaza segment. Finally, a segment with a big fight scene! Naturally, this was one of the best ones and perhaps it was the best aside from the Blue one. This fight was handled really well in the movie and I was glad to see it return here. Deoxys is easily still one of the best Pokemon out there. After that was a horror episode as a girl and her Chansey walk into a spooky mansion. It was a change of pace and wasn’t so bad I suppose, but the main character really annoyed me. She was scared of everything even though she has a Pokemon and likely dies in the end. Cmon….I expect that from horror movies, but not in Pokemon land where you have Pokemon fighters at the ready. I thought that the scenario didn’t make much sense.

Now we arrive onto the Dialga and Palkia plot. They get captured as per usual, but luckily Giratina is here to lend a helping hand. This was a fun segment and I did like that Giratina got the last laugh against the villains. Legendaries should always show the humans who’s boss in situations like this. They certainly have the power so there is no excuse not to humiliate the humans. The 12th segment had Heatran show up and take on Looker and a kid. It was a fight scene so that was neat and while Heatran isn’t the most interesting Pokemon to fight, he is still pretty tough. Looker showing up again also made the episode feel plot important. 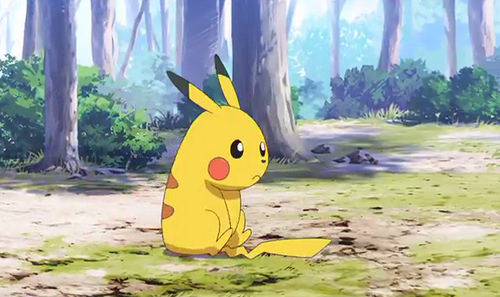 The next episode saw a bunch of the gym leaders come together to try and fight the region’s equivalent of Team Rocket. Naturally, the special ends before the fight can really get started, but it’s still a fairly neat premise. Usually the cliffhanger would be exciting, but it doesn’t work when you know that the next episode is just going to completely ignore it. After that was a segment where the world is frozen. This one was probably one of the weaker ones again. It had some nifty energy blasts and what not, but it’s the kind of segment that could have really used an extra battle scene or two. It just felt a little hollow.

Luckily, we returned to the action with the next segment as N showed up to try and save the world. He gets crushed, but at least we actually got to see the fight this time. I feel like he should have put up a better fight to be honest. The segment ends when the main character comes in as backup and that’s a good thing for the villain since he would have been doomed. This one was solid so it was followed up by a more underwhelming one. Lysandre tricks the world into thinking that he is a good guy by day while actually being a villain by night. The special doesn’t really go anywhere so it is the ultimate definition of a 5 minute filler episode. We are nearing the end now so episodes like this one are the kind that you do not want to see.

The second last episode sees a girl get a meta human suit and perform super feats. Unfortunately, she uses her skills for evil since she has been mind controlled. It was a good special although her Pokemon should have dodged the blow. Looker returned once again for his final appearance and showed that he still had some moves. Finally, the last episode was very underwhelming as it was the most disappointing episode in the whole batch. It starts off with some hype as a guy showed up to challenge the champion, but then cuts away to an incredibly boring flashback that lasts all the way through the special. Disappointment….that’s basically what the whole series boils down to.

Well, the animation is pretty solid for the segments. I suppose they were able to save a lot of the budget by not having fight scenes so it could be used for the environment and destruction moments. I’d like to see a whole series of this, but I suppose it would take a while. That’s why I would have settled for one well done 30 minute episode as opposed to 18 5 minute ones. Hopefully they do something like this soon as an Origins sequel or something. The soundtrack was also fun as it had a lot of good themes and some familiar ones. The show had fun experimenting with different genres and tones so that allowed it to use a bunch of different themes. 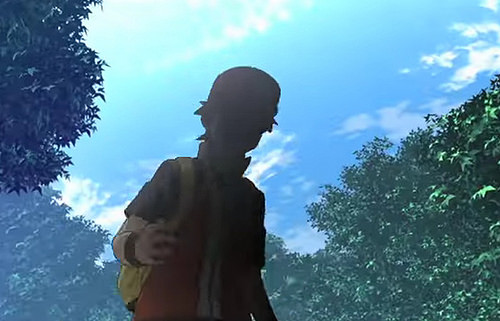 Overall, You can kind of get the gist of what I think of the review from the tone alone. The show should have done a better job of marketing itself as a series of commercials rather than a revisit to the best moments in Pokemon. They wasted too much time on stories and flashbacks when they could have been used for fights instead. The Pokemon anime has more action on a week to week basis, which is too bad since I was hoping that this series would have focused on all the action since they could use a higher budget for the 5 minutes. Despite all the disappointment, it’s still a good show in its own right. It won’t last you very long of course as combined it’s only about an hour or so, but it’s a good little watch. At the very least, it should be a little nostalgic if you’ve played all of the games. I’m still behind on those, but I’ll catch up one day. The final takeaway that you should get from this review is that the directors, producers, and anyone who had a say in Generations should be fired ASAP and replaced with people who know what they’re doing. There’s no excuse for having a Pokemon anniversary series that is light on action. Now, the next big Pokemon product to look forward to is the reboot movie. I’m definitely pretty hyped for that one so hopefully it doesn’t let me down!