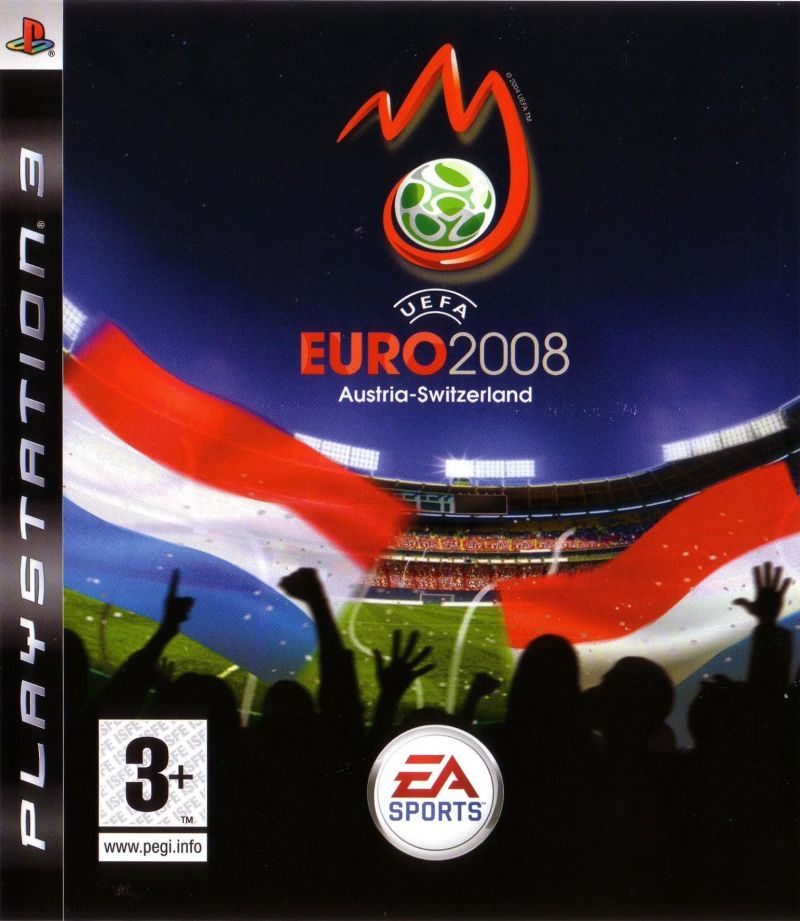 It’s time to look at a soccer game that I’ve had for a while. This one isn’t FIFA so I definitely am not familiar with it. Right away you could also tell that things were a little different since the United States team isn’t available. It does say Euro in the title though so I suppose that is to be expected. It’s fun enough for big soccer fans, but it’s not really for me. I still can’t figure out how to score which is definitely rough. I need to score!

When you jump into a game you are given the option to play as the whole team or to just be one player and hope that your teammates pass it to you. It’s a novel concept, but after trying it for a while I can’t really imagine playing that way for long. I like to be in control of what’s going to happen and I can’t assume direct control if I’m locked to one player. As a result this strategy just doesn’t work for me. I also played a game as the whole team of course and that was a lot better. Of course, in that game my team didn’t score so there’s a flip side.

The rules of the game are similar to Basketball. You have to kick your ball into the opposing team’s net in order to score a goal. Whoever scores the most goals will end up winning and claiming the title. The problem of course is that scoring is incredibly difficult. The goalkeeper seems to be able to block any kind of shot that you hit his way and you are never given the opportunity to even get close because the other team is constantly stealing the ball or knocking you to the side. This game just feels like a mystery to me because nothing would work. This traditionally does happen in soccer games though. The only one where I was really able to get into the zone was Mario Strikers and that game has always been particularly awesome so that isn’t really much of a surprise. For all I know the Nintendo just really aces the sport.

Of course, a lot of people play these soccer games and score so it’s not that the game is glitched or anything. I like to think of these games as puzzles and this is one puzzle that I just haven’t cracked yet. Hopefully I will be able to soon as I will have a few more opportunities with soccer games coming up. I believe I at least have one more and then it’s on to the NHL. The graphics definitely look pretty good here even if they aren’t as polished as the other sport titles. You can always clearly see what is happening and that is absolutely the most important part to the graphics here. You’ve gotta be able to see in order to make the key plays after all.

In terms of replay value, this game’s still got a lot to do. There is definitely less content than FIFA, but there’s still a ton to do as long as you enjoy soccer. You can keep on playing games over and over again and you can really refine your play by choosing to lock yourself as one player I guess. It’s definitely not the option I would choose, but I’m sure that there are a lot of people who would enjoy doing that.

I guess one ironic part of the soccer games is that it’s one of the only sports where I’m better at defense than offense. I typically hold the other team to 1 point at best. I may lose the match, but it’s always a very respectable final score so that’s something I can be pretty proud of. It doesn’t really help with making the game more exciting though. A low scoring match like that just shows me even more why soccer just isn’t my thing. I really love high powered offenses and points, which isn’t really the point of soccer. This is possibly a game where a 1 hour tutorial actually could have ended up helping me out quite a bit. Interestingly the computer doesn’t get a whole lot better when you increase the difficulty or at least I couldn’t notice. I still can’t score, but neither can they so it evens out.

Overall, UEFA Euro is a quality soccer game. It checks all of the boxes that it needs to and while it doesn’t ultimately differentiate itself as the definitive soccer game it does give players another option when heading into Gamestop. Not every game needs to be the next showstopper and there are no real weaknesses with this game that would make you want to skip it. At the end of the day it adapts the game of soccer pretty well and that’s all you really need. It’s only around 5 bucks so I’d recommend picking it up if you see it. If you don’t like soccer, then you definitely shouldn’t be buying a soccer game anyway.