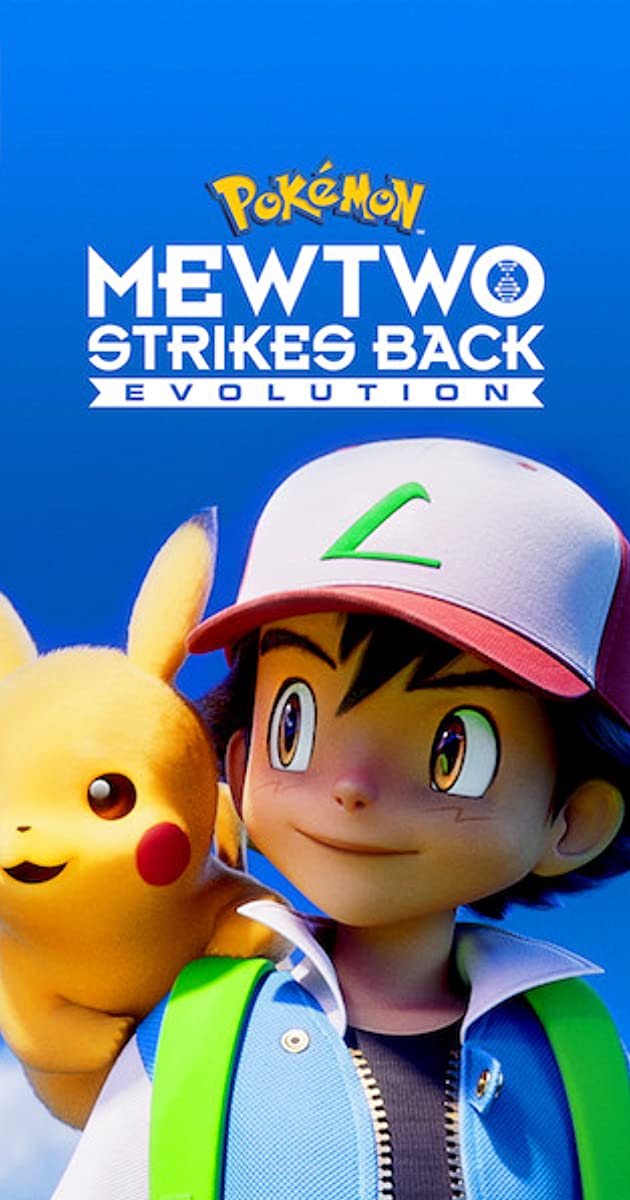 It’s time to look at the remake to the original Pokemon movie. It’s always interesting to see a remake made to a movie in this day and age because there are now so many ways to go back and access the original right? The main incentive of remaking a film otherwise is to utilize modern effects and such that you didn’t have back in the day. That’s why it is especially puzzling to have a new film made that is technologically worse than the original. The original movie looks way better. So if anything maybe this could be a more family friendly version and I can roll with that logic. Due to the animation style it is something that would be easier for kids.

So the plot of the movie is that some scientists decided to try and create the strongest Pokemon of all time. His name is Mewtwo. I don’t really know why they wanted to make him aside from just proving that they could. Well, they succeeded and so Mewtwo blows up the island and works for Giovanni for a while. Eventually he has enough of that and decides to invite the strongest trainers in the world so try and test their mettle against him. Ash is naturally selected as one of the challengers so he heads on over to fight Mewtwo. Can Ash defeat this Pokemon or is this one fight that he is destined to lose?

Mewtwo is extremely overpowered in the film and it’s really nice to see. The film makes it evident that as a legendary Pokemon he is far above the rest and the same is true of Mew. This is how it should be. A Legendary Pokemon should be leagues above a normal one to the point where there isn’t even a contest. That’s just how it really should be. Later on the franchise would add weaker Legendaries, but at this point in time they lived up to the legends. Mewtwo also makes for a great villain. He’s got some fun goals and he has absolute confidence which you want to see in any villain.

The film continues to excel in all of the positives that the original had as well. The character cast is pretty strong and we get some solid action scenes as well. Right from the start in Ash’s first scene we are treated to a Pokemon battle. It’s always great to see those because a full Pokemon fight is pretty rare. Pikachu, Squirtle, and Bulbasaur all get to shine in the spotlight. Ash’s Charizard also looks really good whenever he shows up. He’s eager to battle and doesn’t shy away from a fight even when he is outmatched. It’s a big reason as to why he became a fan favorite Pokemon and he has definitely earned that title. Nobody is going to mess with him.

The soundtrack is a lot of fun. While I feel like it doesn’t have quite the same pop as the original version in some respects it could just be because I’ve heard that one so many times. It’s still quite solid here and I like the theme that plays during Ash’s fight. It’s very lively and a good way to kick things off. We also get an emotional theme near the end although I feel like they switched the song from the original.

I think this film really shows that if you copy a great movie then the remake is guaranteed to be great as well so long as the writing stays the same. The animation here is way worse than the original. To put it one way, it’s one of the worst CGI examples I’ve seen for a recent big media product. The Machinima Transformer shows look better than this one. Part of the problem is that the characters are drawn to look like action figures from a fan animation 10 years ago. For a fan animation I’d say that this looked exceptional but for a AAA CGI film from Netflix it is incredibly underwhelming. The only part of the animation that looks really good are the colors. I do like how the attacks really pop out at you and Mewtwo’s armor stands out as well. CGI tends to do colors really well which is why even hand drawn anime like Super typically use CGI for the aura that surrounds the characters. CG pops and blending it with 2D animation can work quite well., When you go full CGI though then it can get a little risky.

Ash is a great main character as always. This was back when he was at his best. I like seeing Ash jump into danger and have actual plans for the fights. While Charizard didn’t win, Ash had a good plan for him. I also like that he tried to punch out Mewtwo. The plan was doomed from the start but it shows Ash as basically working with his Pokemon instead of just sending them out there to do all the work.

Brock and Misty are still some of the weakest counterparts to Ash although I know they tend to be pretty well liked. Brock flirts way too much and is more annoying than entertaining. He never really has any good scenes. Meanwhile Misty is okay but I feel like she doesn’t have much personality here. She isn’t given a great deal to do in the movie. I’d argue that some of the random trainers who fought Mewtwo had more character as they stepped in and did their best in the fights. They lost of course but anyone would against Mewtwo.

I’m a big Pikachu fan but I do think he didn’t play the matchup right here. While he didn’t want to fight the fake, he still should have defended himself. If he could have escaped and aided one of the others then they could have turned the whole fight around. As it was most of the fights were total stalemates. I do consider that to be a cop out but it’s fine since the main matches had outcomes for the most part. Mewtwo vs Mew was also a stalemate although I still hold that Mewtwo would have won if they kept on going. Mew can dodge really well but you can’t win a fight by escaping. Soon Mewtwo’s hits would eventually land.

One scene that I always find a lot of fun is seeing the trainers try to cross the ocean during the storm. Seeing the Pokemon aid in real life trials like that is just cool. It shows the bond between the trainer and Pokemon as well as how strong the creatures are in a natural disaster. For sure you’d like to have a Dragonite or Gyarados for a situation like that. No mere storm would stop them. Ash and friends don’t have any big heavyweights like that but they ultimately pulled through with a little help.

Overall, Pokemon Mewtwo Strikes Back Evolution is pretty faithful to the original. If you really don’t like watching things past a certain time period then it is certainly fine to watch this version instead. You’ll still be able to get most of the experience from the original. It really is basically the same film if you don’t mind the animation. The main problem for me is that there is really no reason to watch this one instead of the original. The original is simply better as there is no aspect of this film that defeats the original. Even minor things like the shading and atmosphere of the original are a lot more intense than the remake. I’ll give this film props for the attempt though. If you’re going to remake a film then it’s always ideal to remake a good one rather than something average or sub par.