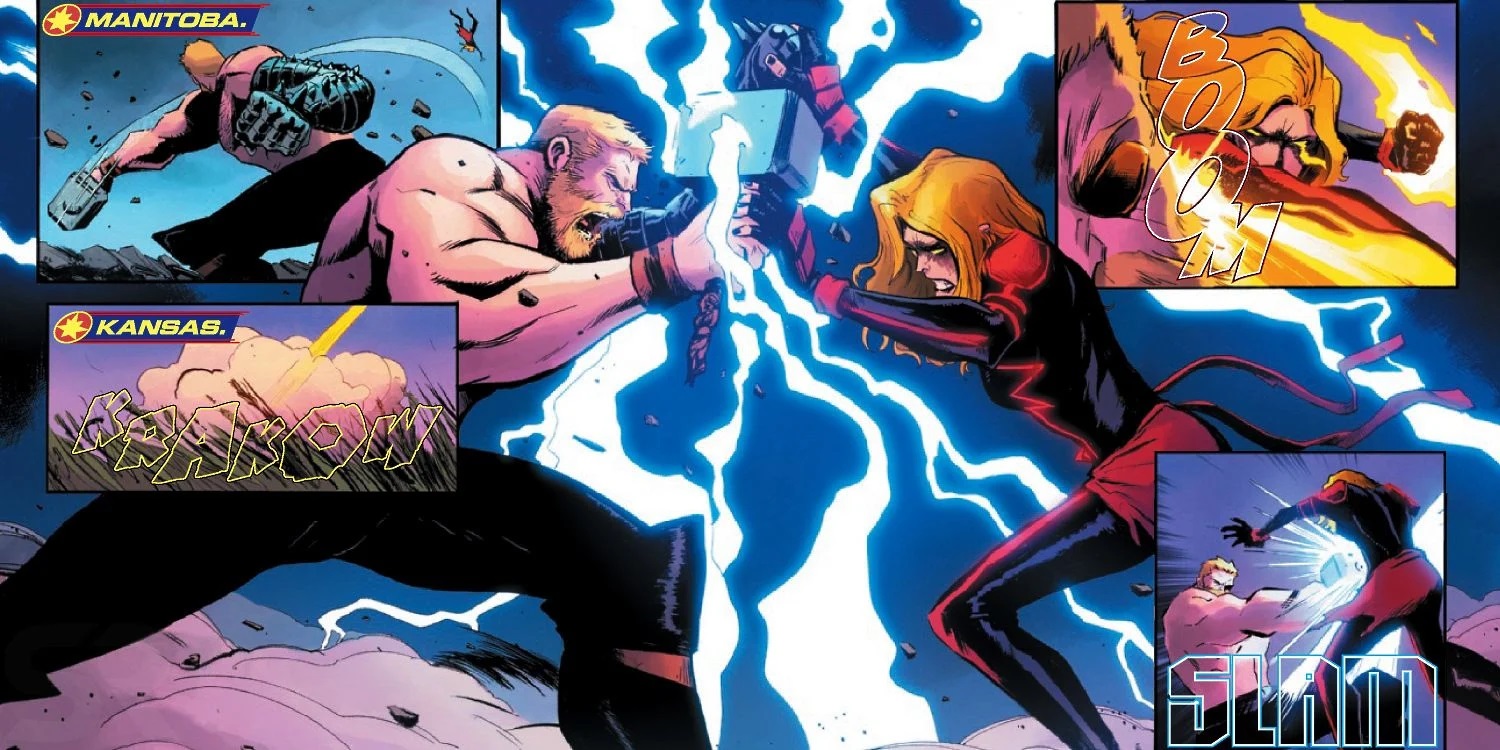 Suggested by Jean This was definitely a pretty close fight. On one hand, Thor likely has the edge in raw power here and maybe even stamina although Marvel’s Binary form can take quite a few hits. On the other hand, while Thor has super speed, it isn’t quite on the level of Ms Marvel. Ultimately that’s what I think the deciding factor will be here. Ms Marvel can play it safe and just overwhelm in the fight using her speed. Thor will be able to take a lot of punishment and keep the fight close but would eventually falter. Ms Marvel wins.

4 thoughts on “Ms Marvel vs Thor”