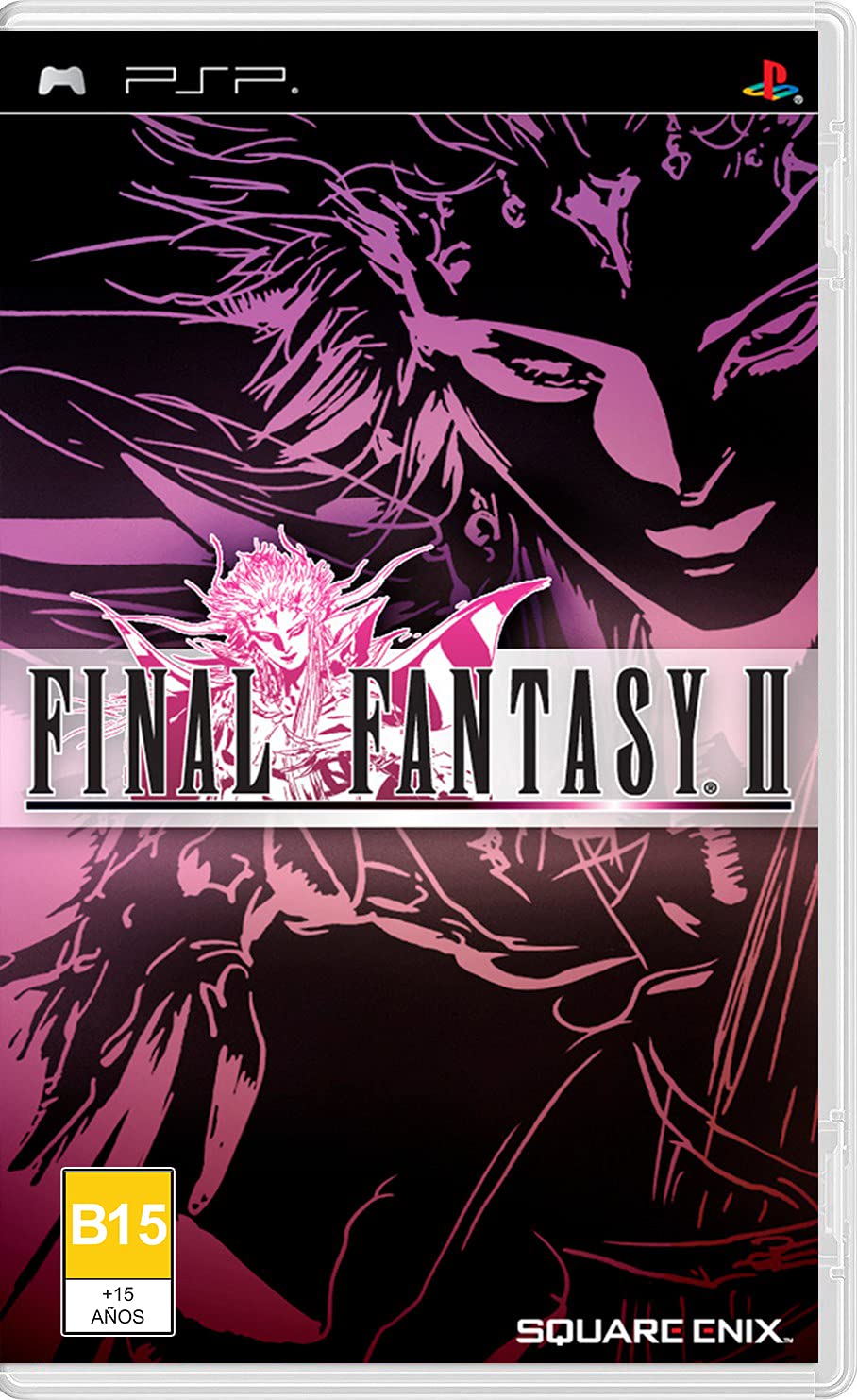 This game has certainly been sitting on the backburner for many years. After beating the original Final Fantasy I tried to get in on the action with the sequel but I just couldn’t pull it off. The gameplay didn’t click. Well, I finally played it from start to finish and I have to say that my view hasn’t changed a whole lot. The story is the strongest part of the game even if it doesn’t touch the newer ones.

The basic plot is that the world is under attack by the Emperor. He has decided to rule over everything just because he can. The heroes are in a rough spot so the queen will now rely on a talented swordsman named Firian, a mage known as Maria, and a strong axe user named Guy. The three of them will need to travel the world and get strong enough to defeat the Emperor. Do they actually have enough strength to do so though? The Emperor has many powerful allies as well as pretty impressive tech at his disposal as well.

This is one of the first games where it took me way longer to complete than the estimated time on the “How long to beat” site. My time nearly doubled it I think at around 20 hours. It’s pretty difficult and that’s due in large part to how the level up system works. See, you don’t have straight level ups like 1, 2, 3. Instead you level up your proficiencies and stats in battle one by one.

Lets say you defeat a minion but you took a hit in the process. You have the potential to increase your max health, speed, defense, and attack power. If you used magic during the battle you may increase that as well. You passively level up your weapon skill as well depending on which kind you have equipped. You can already see how a lot of this is luck based. You increase the chance of increasing your proficiency but it’s not guaranteed. There are a lot of other factors here as well like the strength of your opponents and the duration of the match.

It’s not a very satisfying way to level up though because it’s hard to see when you’re really getting better. You also need to make sure you choose the right spells and weapons or you’ll be wasting your time leveling up something that you’ll never need. Your 4th member of the team also tends to change every other chapter so don’t get too attached. Often times when they leave they will never return so say good bye to any level ups you got.

The weapons also don’t seem very balanced to the point where I discarded them entirely by around the halfway point of the game. Instead I focused on using the barehanded techniques for the climax and honestly they seemed better than weapons anyway. I would always deal heavy damage while the weapons would falter at the worst moments. I have little doubt that the weapons would ultimately be better than bare handed but at least to the point where I was up to this did not seem to be the case.

The final boss was very difficult to defeat like this though. RNG is partially what got me through. See, his attacks were strong enough to not only finish me in a single hit but also replenish almost all of his health. Of course, that was only with physical attacks. On one of my runs I got lucky because he kept spamming magical spells which deal far less damage. I was able to buy just enough time to defeat him before he healed. Even now I think I would have a very hard time trying to defeat him again. It’s rare for things to work out in quite the same way they did here.

I don’t understand why the game went so far as to also make the equipment work against you. Wearing heavier items makes it harder to dodge but you can’t see how heavy something is without going to your character status page and leaving the item screen. Everything just did not feel very intuitive at all. Perhaps there was an easier way and I just didn’t find it. It seems like Final Fantasy II was meant to be very experimental but in this case I felt like it just back fired completely.

FF II’s spawn rate is also extremely high. Enemies are constantly attacking you every few steps. I was able to get in a lot of good reading during every dungeon. I would just keep spamming the attack button as I read through the God of High School chapters. I finished over 100 chapters as I played through this game because the battles took forever and there were so many of them. It was also uniquely useful to multi task in this game since I didn’t need spells and could just use normal attacks for every minion encounter. If I had nothing to distract myself with that would have hurt though.

Final Fantasy II also suffers from being unclear at times. You just don’t know where to go or what to do in order to advance the plot. The worst is when you’re supposed to talk to someone again and forgot to do so. So you go to the next temple but it’s still closed so you have to travel the world again in order to open it. You don’t get to fly until the very end of the game so prepare for a ton of walking. The game doesn’t give you any real shortcuts either so you really feel like an explorer. Just not in a fun way this time.

I could go on, but as you can tell pretty much none of the gameplay elements worked for me. It’s just a title that offered no qualify of life features. The graphics are good though. The character portraits are on point and I did like the minion designs. The game has a very retro sprite look which works well enough. The soundtrack is also very classic Final Fantasy with how each tune sounds. It’s all got a lot of energy and works really well.

As for replay value, by beating the game it seems like you do unlock some kind of new game+. I’m sure that will take you quite a while. Considering that the game is 20 hours long to defeat once, this is probably a 40 hour game or so. I’m not sure what the price is nowadays but it was pretty cheap before so I doubt it would set you back all that much.

Overall, Final Fantasy II is one of the weakest Final Fantasy games for me. In fact, I would have to say it loses to Final Fantasy VII and is my least favorite title. VII has the better gameplay, characters, and stories so II loses around the board to me. Don’t get me wrong, the story is fun and all but it just doesn’t make up for the game’s weaknesses. I don’t really see myself recommending this title to others as well. I’m glad that it helped continue the franchise into its current state but this is an entry you can skip.