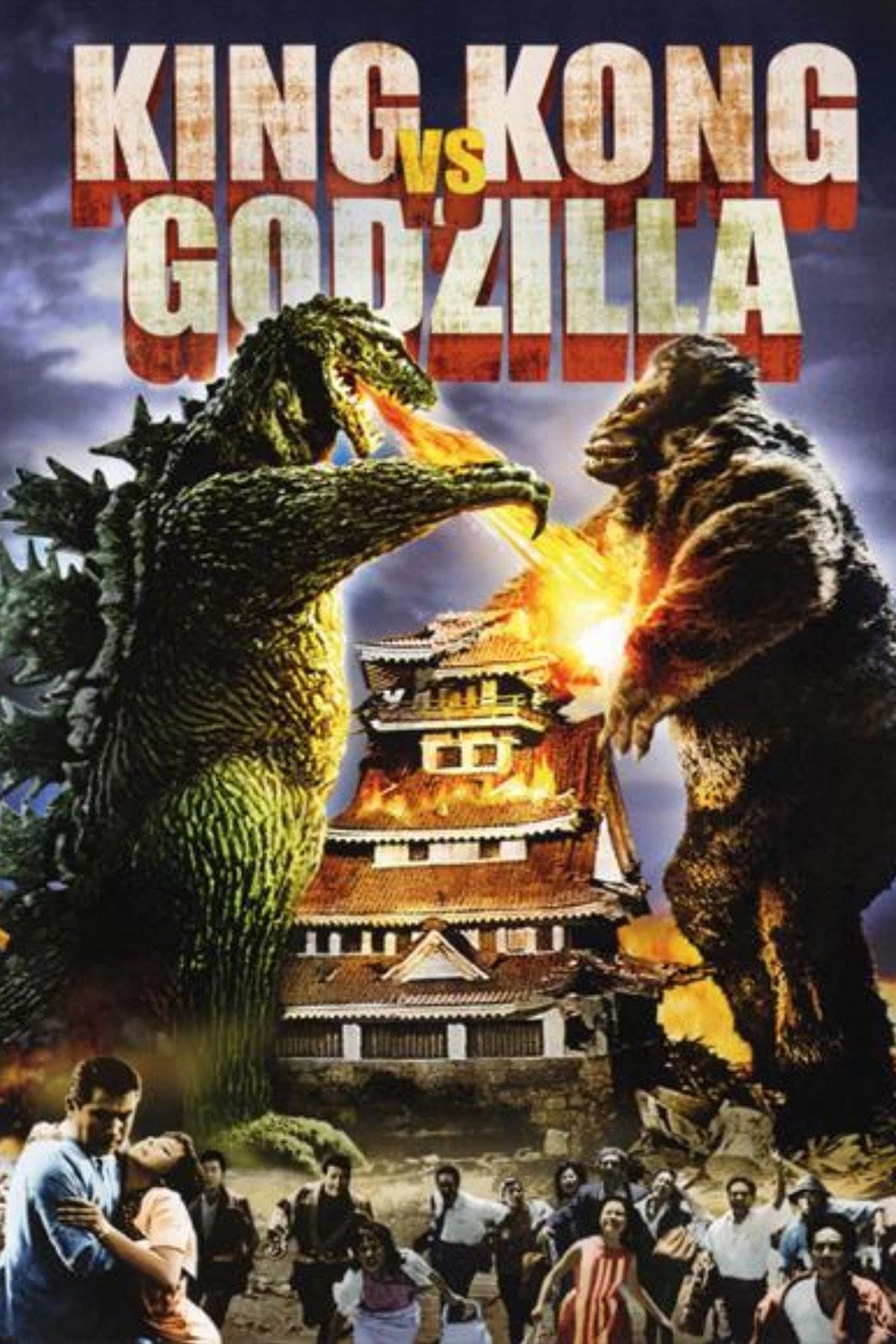 It’s been quite a while since I’ve seen this film. Definitely a long time from the past and it’s interesting to see the scenes I remember and the ones that are more foreign. One big change for me is that the fight is a whole lot shorter than I remembered. They don’t really meet up until near the end although the fight is certainly worth the wait.

So the movie starts with a TV head wanting his crew to do something to make the channel more interesting. The idea he comes up with is to have the crew find some kind of monster to put on the air. There are rumors of a giant monster on a remote island that has come up with some special berries that are like alcohol. The crew heads there and manages to secure their safety by offering cigarettes to the natives. It’s a strategy that works well enough but not what should they do? Grabbing this Kaiju will be difficult. Then you have the sobering fact that Godzilla has risen from his icy grave and demands vengeance. With humanity in the balance, these two creatures will ultimately end up facing off against each other. The only question is…who will win?

Naturally even if it is a small part of the film, the actual battle is definitely the big topic here. King Kong and Godzilla are both big icons after all. So I’ve always been on Team Godzilla, he just seems more powerful to me and has more options. The Atomic Breath is hard to overlook after all. In a fair fight Godzilla should win 10 times out of 10 so the question is, how can King Kong put up a fight?

Well, the film went about it in an interesting way. First odd, Godzilla got a new weakness for this movie which is that he isn’t very good against electricity. Then you have the fact that King Kong is powered up by it and a lightning storm shows up out of nowhere and lands several direct hits on him. Prior to this happening, Godzilla did end up crushing Kong in the fight. Only after the power up took effect did King Kong start to take the edge which led us to the famous final scene. Godzilla can breath underwater and usually fight there rather well so you’ll definitely have some big questions but I think we have to take the ending at face value here so there was a true winner.

All told, I would still bet my money on Godzilla and it’s hard not to root for him when you see the inevitable comeback beginning from King Kong. That said, the fight itself is satisfying. Another good thing about this film is it wastes very little time in having Godzilla show himself. He appears pretty much right away in the film which is a bit rare for any G title. Usually you’d expect him in the second half or almost the climax depending on the film. Here it seemed like the opening 15 minutes or so.

The pacing is on point and the film really breezes by. While the human plot may always feel like filler until you get to the Kaiju action, you should have some good laughs with the characters. The main duo have a classic setup where one of the characters is a comic relief guy while the other is the no nonsense leader. Both of them get humbled by King Kong at least once during the movie though. They have a lot of fun banter the whole time. The humans can be a bit exaggerated to an extent but it works out well for fun moments.

This was the English dub version I saw and it’s fair to say that the movie is part comedy. It’s a very light hearted creature feature film from start to finish. There are also quite a lot of reporter scenes where people just talk to you from the TV station. You have to really enjoy the dialogue or those parts can definitely end up being a bit slow. Fortunately they were definitely really solid to me. The style of writing and dialogue is just fun.

The special effects are on point. The suits look good and the fight was also good as mentioned earlier. Godzilla lands a super speed kick at one point that was sped up in a way which seemed surreal but also worked to great effect. If the film has any weakness, it’s that you may have a hard time remembering the character names since you are waiting for the creatures the whole time. The humans are fun but still feel like filler since you just want the monster battles. I didn’t remember any of the names by the end although granted, the cast isn’t very large. You have the main duo and then a bunch of supporting characters.

There’s not as much of a soundtrack as you might expect from your typical Godzilla movie though. You do have the iconic Godzilla roar which will have to do though and King Kong’s island always has its unique beats. Of course, the soundtrack will differ greatly depending on which version you watch so keep that in mind. This review is specifically for the dub version which is important since a review of the subbed version could be quite different based on how many changes there are. Unless it’s basically a different film I don’t really go back and review separate versions so you’d have to check that out on your own. I would recommend the English dub though as it’s so much fun.

Overall, There isn’t a whole lot more to say about the film due in part to how short it is. It’s a movie that really breezes by and should keep you grinning at all the effective comedic moments. Close your eyes and the movie is over in a snap. You’ll have a hard time finding a better Godzilla movie from the classic era though. I’d consider this to be one of the strongest of the Showa films and I’ve always loved a good crossover. This one is no different. If you haven’t watched the movie yet then you definitely need to change that. You don’t want to miss out on the Kaiju battles.