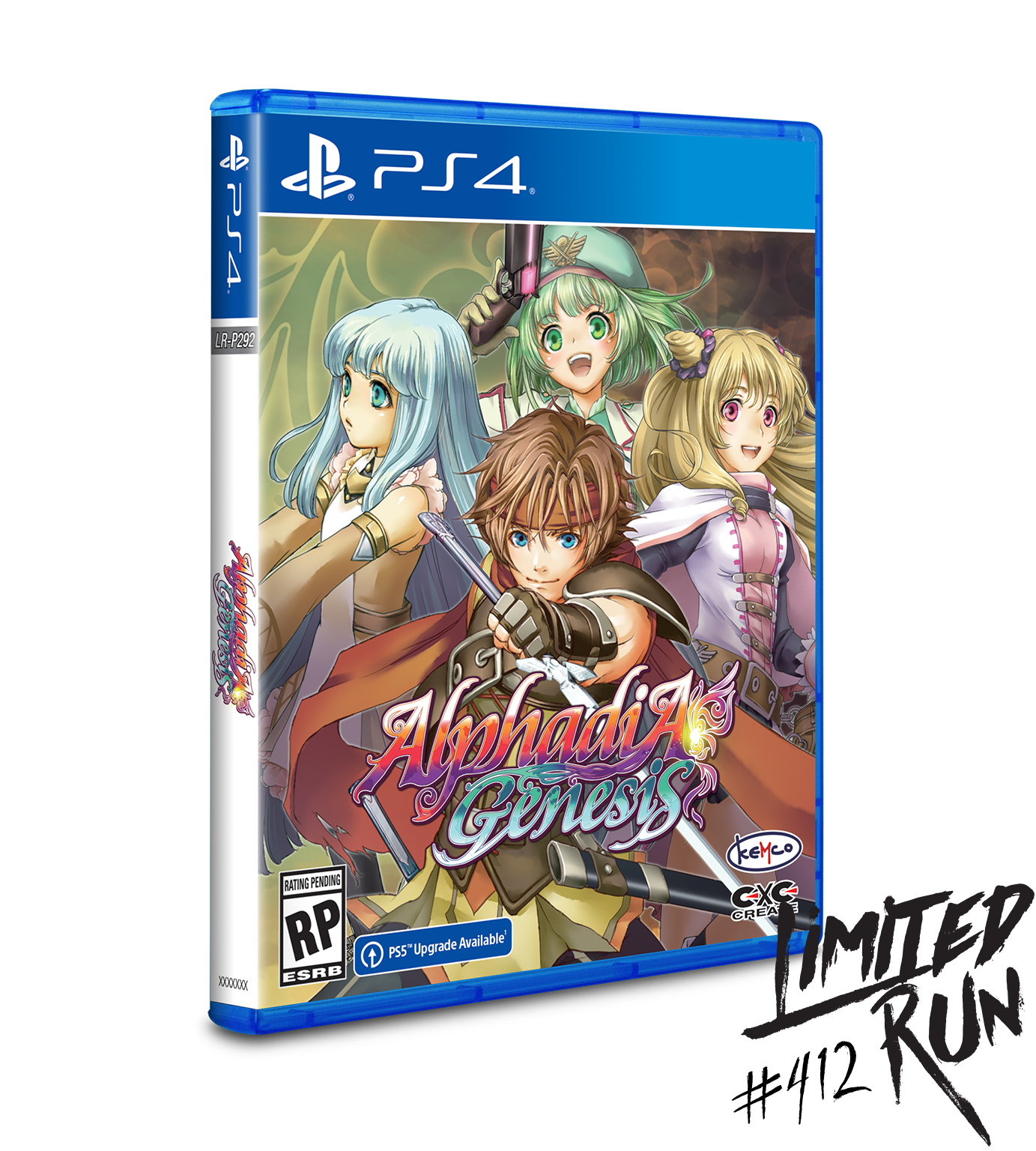 Kemco has returned and this is easily the best story they’ve churned out since the original Asdivine Heart games. We’re back to having a lot of twists, a grand end of the world story, and a colorful cast of characters. The game certainly gets rather serious and the heroes are put to their limits but at the end the day you know teamwork is what will be the decisive factor here. The game’s only main weakness is there are still less customizable game options than in the Asdivine games and there are quite a few dead spots. More on that later.

The game starts off right away by explaining that the two kingdoms of the world are getting ready to come up with an answer to the clones issue. Right now there is a debate on if all clones should be put in stasis since they are too dangerous or to continue to allow them free roam. Recently there have been instances of clones attacking and even murdering people. An investigative team is created using two people from each kingdom. Fray and Aurra from one with Walter and Corune making up the other group. They run into a clone named Enah and add her to the party as well. Is someone deliberately making clones look bad or is there a real security risk?

I can’t say I was expecting a game about clones, it is a much more futuristic world than I had expected. It’s a fun change of pace though and the Kemco games really are all quite unique. Naturally when it comes to this debate I’m immediately against the idea of putting everyone into stasis. It seems like an overreaction to me and you’d have a very hard time of ever convincing me that every clone should be taken down for the actions of a few. The dilemma here is interesting though as the clones are cybernetic meaning that they can be hacked. So the heroes need to find a way to prevent that from being possible but don’t even know if that’s the cause.

As mentioned, I enjoyed the cast here quite a bit. Fray is the main character and he’s your classic RPG hero. He can be oblivious a lot of the time but always tries to do the right thing. He’s not quite as intense as Zack from Asdivine but Fray has a lot of good moments and a solid character arc. He does go through a very rough patch during the second half of the game but that doesn’t last too long.

Aurra is Fray’s little sister and she’s a scientist but can still fight when needed. Without her the heroes would have definitely been in a bit of a jam on more than one occasion. She certainly enjoys trolling Fray a lot of the time. Enah is the clone who joined the group and as she literally woke up yesterday she doesn’t know a whole lot for most of the game and learns with the characters. I’d have liked her to have known more about the world but as it stands her character was executed well.

Grande is a tough gang leader or at least so it seems at the start but for the most part he seems like a good guy. The town likes the group and it seems like they’re a bunch of people who do good things but don’t want to take credit for it. Grande looks out for his men and makes for a good addition to the cast. Then you have Corune as the main heroine. With her title as the War Princess you can bet that she fights quite a lot. It’s always good to have another fighter on board and she does well.

Finally you have Walter who loses so many times in the game that it might be a record. His thing is that he likes Corune but she likes Fray so he is always jealous. He probably makes 50+ attempts to get her to notice him but this always fails. His streak of losing is so exaggerated that it becomes funny after a while. Naturally this is leading up to a character arc but don’t expect things to ever go very well for him.

From all of the Kemco games this one may have had the most romance. You have Aurra and one of the villains who shows up, the triangle with Fray, Corune, and Walter, then Fray and another girl who shows up near the end. I was glad the final one didn’t really go anywhere (As of the normal ending) though because that would have felt like a very big rebound. There are some circumstances that make this unique but I still don’t think it would have been a good idea. The main romance isn’t too bad I suppose, at least it’s given a whole lot of time to develop. It’s why Aurra’s romance with the villain isn’t nearly as good since it doesn’t have that kind of development.

Now when it comes to the gameplay you have the excellent turn based system that Kemco games are known for. It certainly does not disappoint here. The fights are fast and the attack animations are on point. You can’t turn them off this time around but you can still use auto battle which is good at least. The A.I. is a step down from other games though so you won’t want to rely on it too much. There isn’t a whole lot of grinding needed to complete the game this time around though so that’s not much of an issue. You will just need to use a lot of good tactics as you decide how to play each battle.

I found the status effect moves to be really helpful in this game. I would usually run a status combination for my first 4 turns. (Attack up, Defense up, Enemy attack down, Speed up) That would set me up really well for the next attack. As for the hub world, your characters move really quickly which is good. You can also set a speed formation which lets you run away from pretty much any battle because your character should always move first. Now that is what I’d call an extremely useful formation.

Now what did I mean about dead zones? Well, there are quite a few times in the game where a cutscene will end and you know a boss fight is coming up. The issue is that at this point in the game you cannot leave the castle to go train. So your only option is to fight the boss but if you aren’t strong enough to win then you will be stuck. Your only option is to start the game over from the beginning. That’s what a true dead zone is and this game has quite a few of them. I ended up having 3 files going on at the same time as backups just in case. On one occasion this saved me because there was no way I could have possibly beaten the boss without a lot of level ups.

A dead zone is really a design issue. I think it means this game could have used a little more playtesting. I definitely would have been dismayed if I had to restart the game after being near the end but fortunately that didn’t happen. Beyond that, one element that’s a bit weaker than the other games is that you can’t land your airship just anywhere here. You have to land in the water so you will often have to walk a bit more than would usually be necessary. Not a big deal or anything but it just feels like a really random change. I don’t see why the airship was changed from all of the other games.

As always the graphics are definitely on point here. The level designs are great and I like all of the different attack animations. The character designs are good too so I have no issues here. Naturally the soundtrack is also great with all of the usual catchy beats you find in these games. This one definitely doesn’t falter and you will really enjoy the boss theme.

As for replay value, well the game does have a post game story for the true ending. The main campaign took me almost 20 hours so I imagine the post game will probably be around 1-3 hours of bonus content. I’m sure it will be difficult as well so throw in some extra time for grinding and this is a game that should last you for quite a bit. A lot of story happens throughout so you should be satisfied. You can also go after the Platinum which doesn’t look all that difficult for this game. That would be a fun way to get some extra play time in.

Overall, Alphadia Genesis is definitely a great game. The story is engaging and really tackles some pretty intense themes. The story can be happy, dark, light, serious, etc. As an RPG it succeeds in really telling a complete story from start to finish. Throw in a likable group of characters and you have an adventure to remember. While the dead zones get tricky and parts of the gameplay aren’t quite up to Asdivine level, it’s close enough where it doesn’t hurt the title. Even if it’s not a 100% replica, Kemco games are so far ahead of the curve that this one is as well. I’d definitely be up for a sequel to this game regardless of how the true ending plays out. Seeing the characters again would be fun.