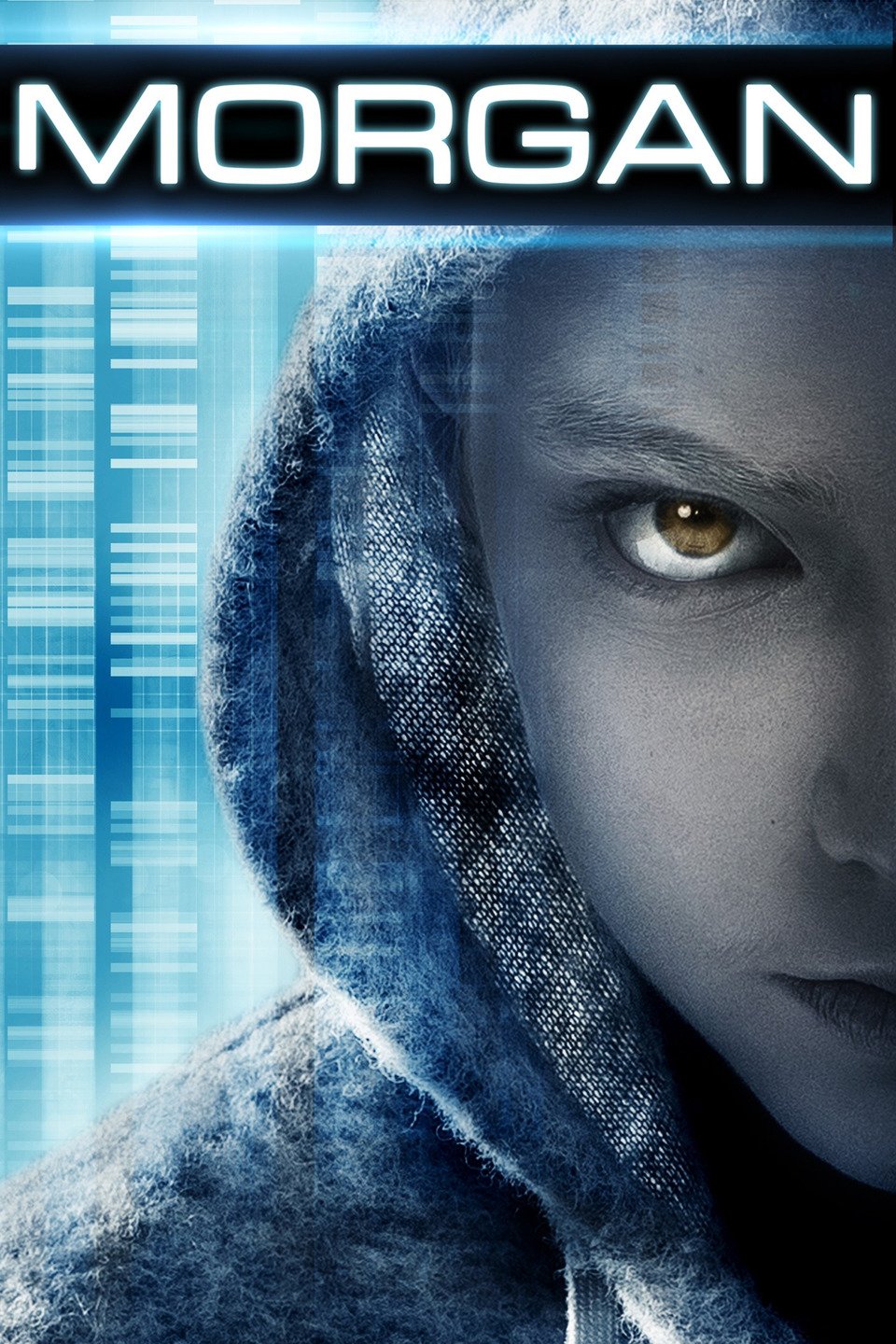 Morgan is a film with an interesting premise. That isn’t enough for me to actually call it good or anything like that but at least it is different. I also think it lays the groundwork out for future films to take place in this continuity which would keep on getting better and better. If it focused on certain elements of the climax and built off of that then this could end up being a lot of fun.

So the movie starts with Lee being sent out to a remote science lab by corporate. They want her to check in and make sure that things are okay there because there was a recent incident that has everyone concerned. The project being conducted here is the development of an android named Morgan. She is supposed to be the most advanced android of all time but she ended up seriously wounding one of the personnel so there may be a safety issue. Morgan is locked into a cell at all times as she is no longer allowed to go on daily walks after the accident. The whole staff swears that she is a good kid but Lee is unconvinced. Morgan is smart enough to notice this as well and may be forced to act quicker than she expected. Will Lee be able to leave this place alive?

There’s a lot to like here right out of the jump. For starters I would say that the atmosphere is suitably ominous. Morgan clearly seems to be saying all of the right things but as an android with incredibly state of the art software she effectively knows what the right things to say are. So does she actually mean what she is saying or is she just going through the motions. That’s what Lee has to figure out and it’s not an easy task. Bringing in a behaviors expert was a smart move there but that guy’s not too smart.

Lets look at the context here. Morgan is in trouble because she just seriously injured someone who upset her. So now Alan is trying to intentionally put her in a bad mood to test whether or not she would do this again? Hmmmm I don’t think that’s a good idea at all. You absolutely know how the scene is going to play out the instant that it appears. I wouldn’t say it’s bad writing on the film’s part, just a bad decision by Alan. Crucial difference there and the scene is handled well.

For the people who lived with Morgan the whole time it’s easy to see why they would still take her side while as an outside viewer like Lee you think the whole thing is crazy. There’s just no coming back from having back to back incidents like this including murdering someone. From here on out the movie gets a little crazier as it becomes a full on horror about an android that’s out to destroy everyone. You can say that Megan probably got the idea from this one although Morgan is portrayed as even more serious right from the start. She is wearing a hoodie and hides her face right from the 1st scene to set the tone.

The sci-fi backdrop is really solid and there are some good tunes here. The humans are on the annoying side though as the film couldn’t escape its weak cast. First up you have Skip who is portrayed as the most reasonable one. He just wants to have a good time and all but he quickly tries to pull some moves on Lee after having a previous affair prior to the film. He explains that it just gets boring there but you meet someone for one day and want to get that close? He just comes across as being really fake. He was also extremely slow on the uptake towards the end of the film. Just about anyone should have put something together by the end but instead he has to make a lot of noise. I don’t think things would have played out much differently for him if he did something else but it’s still not the ideal way to go.

Alan also wasn’t smart but I already covered him. Lui seemed more reasonable at least, she just overestimated how much conviction the rest of the team would have. Ultimately they let her down and she probably should have seen the whole thing through from the start. Then you have Kathy whose role is actually quite a bit smaller than most of the other characters. She’s in bed for most of the adventure but gets out just in time to be in some trouble of her own so that was probably not the best move. The character with the biggest role here is Amy who also doesn’t handle anything very well.

She’s the only adult who was by Morgan’s side the whole time. I actually thought Morgan was going to be angrier at her because Amy started to falter at the end but Morgan cut her some slack. From there if you’re Amy you have two real options. Leverage this and try to support Morgan in order to preserve your own existence or if you think she really should survive or you quickly make a break for it when you can. Instead Amy just tends to freeze up at every circumstance and sticks around long enough to get herself in trouble all the time. I didn’t really care for Amy. She’s always being a rebel and that’s fine but she’s a rebel without much of an end game. She was humane to Morgan and always tried to help her out so that was good at least.

If she only could have been more understanding then things could have maybe been different. There’s one scene in particular that hurt the movie a lot when Morgan ends up murdering a deer. The scene is unnecessary and should have been played out in much different ways. Get rid of the animal and you could show her logic processors another way. Still, in context what happened here is that Morgan saw the deer was dying but a very slow death as it had gotten stabbed. So she quickly finished it off in order to stop the pain. It’s disturbing to watch but you understand the general idea.

So why did Amy panic so much? You’re dealing with a sophisticated android that doesn’t fully understand emotions yet. Shouldn’t you be able to understand why Morgan did that and explain why it made you feel uncomfortable. There were so many things Amy could have done but did not and it made her look really bad here. You can’t just fumble the ball at the worst possible time like this. It puts everyone in a really bad situation.

The climax throws in everyone getting slaughtered one by one so that’s when the film really finds its horror roots. For most of the film it was an atmospheric horror but this is where it turned into more of a shock type title. I did really appreciate two of the fight scenes towards the end though. Now those were a lot of fun and if the whole film was like that then it would have really gone to the next level. That’s why a sequel could be really solid.

I mentioned that most of the cast was weak but Lee is an exception to this. Right from the start she is a great main character. She’s all about logic and making the correct decision so that’s a nice contrast to Morgan who does the logical thing because she was programmed that way. The film lays a lot of groundwork down for Lee and showing how she works as a character which works well throughout the movie. By the end you’re really satisfied with how she was portrayed the whole time. Meanwhile Morgan is also a log of fun. She makes for a solid antagonist who may fly off the handle a lot but it shows how you can’t totally trust her. Any character with incredible abilities like this is probably hard to trust if we’re being honest there. All it takes is one slip up and that’s game over.

Overall, Morgan had a lot of good ideas and it was a different kind of horror film. It should definitely get some solid props for that but at the end of the day it does return to form by the end of the movie with the brutal murders everywhere and that random animal violence moment didn’t help matters. If you really like horror films then you should check this one out but otherwise you’re better off watching Terminator Genysis if you want to see some android action. Now that one gets real intense the whole way through.