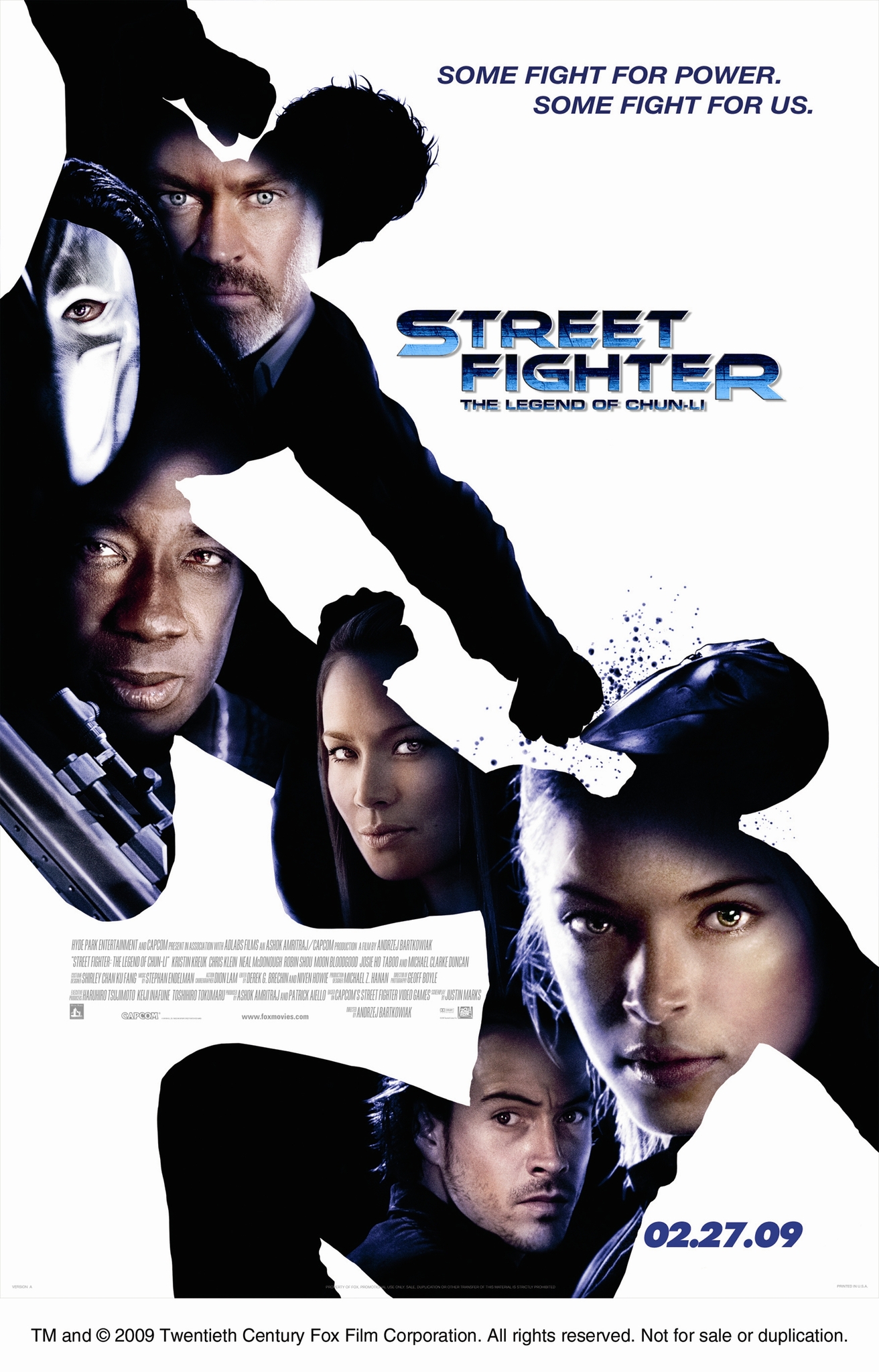 It’s kind of cool that Street Fighter actually got a movie as recent as 2009. It was certainly a bold take to do a movie about Chun Li with very few references to the world at large. You’d almost think they were trying to make some kind of cinematic universe for Street Fighter. Well, whatever the objective was, I can’t say that it worked super well since nobody talks about this film. It’s too bad since the movie was good although it does have enough issues to where I can’t call it great. Mortal Kombat remains as the elite fighting game movie.

The movie introduces us to Chun Li early on and how she really enjoyed fighting. It was a way for her to connect with her father and she was also quite good at this. It wasn’t long before she would end up being one of the top fighters around but he was kidnapped a while back by Bison. Chun Li’s mother dies later on and the heroine decides she will continue to live a brave and tough life no matter how dangerous it is. So when she receives a scroll that may have the answers she needs to find Bison and take him down, she can’t overlook this. Is Chun Li really ready to take on these powerful villains though?

The movie may be close to the 2010s era but it feels more like an early 2000s film with the jarring scene transitions and narration throughout. The colors are also different, it’s almost blue at times which is something that makes me think of older films as well. It does help the movie to stand out I suppose which is good but some of the techniques haven’t aged really well. Instead of coming across as cool, it just feels like the movie is trying to tell you how intense it all is.

I’ll give the film props for the fight scenes though. They’re more on the simple side but each one goes hard. I liked Chun Li’s battle against Vega as she destroyed the guy. Yes, he does look pretty bad here but I don’t mind since we saw Li training a whole lot during the film. She had to really pull herself to the limits of what she could take and she did this well. (I do think the training was still excessive as there is one moment where she almost dies because she’s nearly pushed into a saw type device) Vega has likely been assassinating people who can’t fight back for a long time so I doubt he’s been training as extensively. This would end up being a bit of a wake up call for him. The two tend to be natural enemies in the games so it was a nice tribute to that.

Vega still had the initial scene of taking out some delegates which was really cool though. I do feel like these gangsters always take a lot of risks though. Of course as the viewer we know that Bison is going to absolutely destroy these guys but even without that, why not bring a bodyguard to these meetings? If you are told not to then just don’t go right? What is to stop Bison from murdering these guys? Nothing and that’s the problem. It seems like it’s real easy for Bison to go all the way to the top. I’ll still give him credit because he was determined from the start but it was a bad look for the other villains all around.

Bison is portrayed more as a classic villain tycoon as opposed to a supervillain in this film but it works out well. I would have been upset if he couldn’t fight but he still has his hand to hand skills on point and even starts to overwhelm Chun Li during their fight. The movie never forgets that he is one of the top fighters and that’s a good thing because he should be generating a good amount of respect. It takes a lot of people to defeat him and that’s as it should be. He makes for a fun villain and even has a bit of an honor code where he will spare kids if he can help it.

As for Chun Li, I definitely liked her portrayal here. She has definitely lost herself in the quest of vengeance for a bit but considering how much she has gone through that definitely makes sense. As the film goes on she learns to fight with others as well and to not let this get as personal. It’s a very complete journey for her and by the sequel (If it had gotten one) she would have really been a top professional all around. If any character could get a film aside from Ryu it would definitely have been her. It would have been nice if she could have worn something that looked similar to the costume in the games though as a fun reference.

In the B plot we have Nash who has been trying to find Bison for years. Well, in a way he’s found him but it’s hard to get any evidence to put him away. This time he has some help since the cops led by Maya are here to help but in the end none of them are able to help all that much. The most embarrassing scene by far for them is when they are on a stakeout and have to make sure they don’t lose track of the villains but take time to quickly embrace and mess around. While they’re doing that the villain just drives off….that was just bad. It was such a sad moment.

From the start Nash seemed interested in Maya as he would stare at her and make comments so you knew he wasn’t a great agent. You just hoped that Maya would then be the one ready for action but that wasn’t the case either. So both of them aren’t very good and you really could have cut them out of the movie entirely. It really wouldn’t have changed much at all because they don’t contribute. Sure, they beat up some minions from time to time but Chun Li and her mentor do all the hard work. The mentor character was solid from start to finish at least. While I disagree on his training methods, at least he is strong and does a lot of work for himself. He may not be a match for Bison anymore but he is still tough overall.

The film can get a little dark like with Bison murdering one guy Man of Steel style and as we see the state of the city but for the most part it’s a fairly light action film. One thing I disagreed with for Chun Li though was in deciding to not keep any money or assets at all so she would just live on the street. I know that the scroll said she needed to really be within the city in order to make a difference but this was a little risky. Maybe use your money to help people out in the neighborhood and draw out Bison or at least get yourself a little room. It’s like getting yourself arrested on purpose to check out a jail, I feel like the plan’s risk level outweighs the benefits. Things worked out for Chun Li but they easily could have failed.

I could also have gone without the dancing scene. You figured it was inevitable that Chun Li would have to use attraction to distract a villain as it seems to be mandatory for any female agent but you always have to shake your head at that. I’d rather she just busted in and started taking some names. It does lead to a fight scene at least where she dominates the opponent but lets just jump right into the action. The movie definitely understood that Chun Li is a premiere fighter so after the training she crushes most of her opponents. Those are the scenes you really want to watch at all times. “Street Fighter” is still in the name after all and this film could have benefited from more fights. There’s a good amount of action but I think a few more fights would have fit in quite nicely.

Overall, It’s a bit of an odd Street Fighter movie but it gets the job done. Maybe you should just look at it as a normal revenge film and then you’ll appreciate it more. Just hearing the names is always fun as you feel that nostalgia though. There still aren’t many games that can really match the pure hype and name recognition that this series has. It’s why just including Ryu in there for a little bit or as a stinger at the end would have been perfect. Maybe next time I suppose.

2 thoughts on “Street Fighter: The Legend of Chun-Li Review”