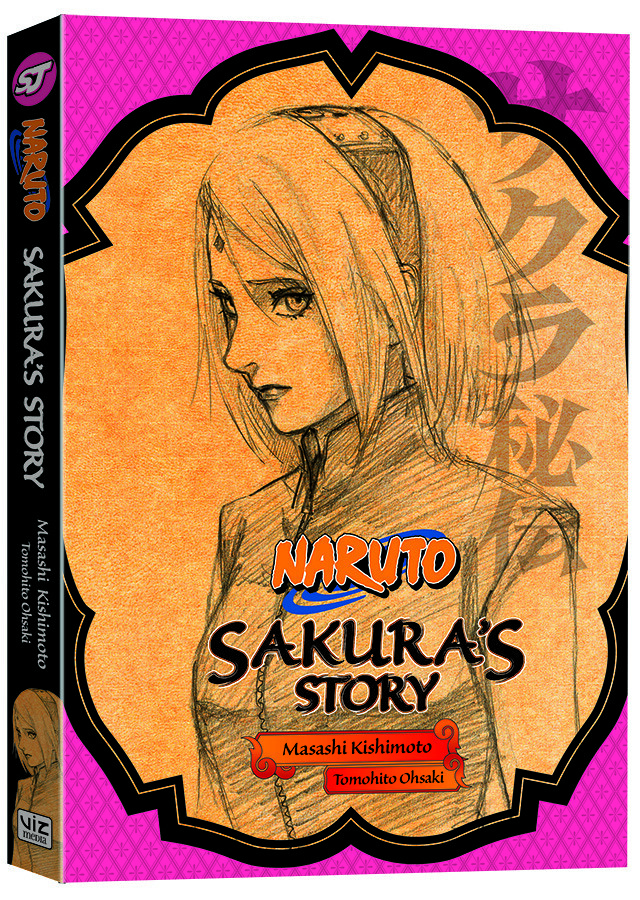 It’s time to review the final Naruto novel that I’ve read so far. Sakura gets to be the main character of this adventure. While she is probably the weakest of the three personality wise, (The first two novels were led by Shikamaru and Kakashi) Sakura manages to have a pretty good novel. The villains are nothing to write home about, but they do their best to cause some destruction and mayhem. It’s a fun little story in the future of Konoha.

Sasuke is as distant as ever and Sakura has been having doubts about how their situation is going to work. It never made any sense from the get go and was squeezed into the lore for no reason anyway, but now Sakura is finally being forced to deal with all of this. It gets worse when Sasuke is framed for murdering a bunch of people and declaring war on Konoha once more. Sakura believes that there is no way that Sasuke could do this and Naruto doesn’t buy it either….but what if it is him? Sakura will be forced to slay him and that would definitely make her home situation very complicated.

Considering that Sasuke is being framed, nobody is taking it too seriously. Some villages are getting into a fuss as usual, but lets face it…what are they gonna do about it? If Sasuke truly is evil once again, he could destroy them all rather easily. By the end of the series, Naruto and Sasuke were light years ahead of everyone else. A confrontation involving one of them and anyone else would not even be close. There would be no fight, only a massacre. Luckily, the Sasuke impostor is not nearly as powerful as Sasuke. Sakura and Sai are able to handle the villains easily enough. It’s a good chance for Sai to save his rep considering that he didn’t look very good in the Shikamaru novel.

Kido is the main villain here and he’s mainly able to be a threat because he has his own 9 Tails Cloak. It’s mostly fake as he got it through DNA and a lot of science speak, but it does give him a very real power boost. It’s enough to almost put him on Sakura’s level, but she’s gone through a lot of training of her own and is ableto handle him. It’s a fun climax and it is always good to have an actual fight to finish things off. The first two novels had some issues with this. It’s why I’d like to see a Sasuke or Naruto novel at some point with more aliens like Kaguya which could make for epic fight scenes.

Aside from Sai, who did most of the heavy lifting here, the other supporting characters didn’t help much. Tsunade was just around to make Sakura more insecure and gave out bad advice. Ino mostly just fueled the romance angle and Kakashi didn’t really do anything. All he could do was talk a good game from his throne. The other villages spent their time panicking so in the end, it was really up to Sakura. They say that times of peace can make a place a little sloppy, that may be happening to the village. All these small villains are popping up now. They’re no threat in a face to face fight, but from the shadows they can be tricky.

These novels are fairly short and easy to read. You can easily finish in a day as you just cruise through the chapters. That’s a good sign that the novel is good since you’d otherwise be forcing yourself to get through it. The writing may not be great at times, but that could also just be because the characters are a little annoying. If the book has a weakness, it’s that you can’t really get attached to any of the characters. Sakura is too distracted by Sasuke the whole time and Tsunade really does her best to put Sakura on the wrong track. Kido’s as generic as they come, but there’s only so much you can do in just one novel. That’s why you should take that into account as you read through the book.

Overall, Sakura’s Story is a good way to wrap up the Naruto novels for now. It had more action than the Shikamaru adventure and less comic relief than the Kakashi story. It’s a better all around book and we’re getting closer to the action that I want to see from the Naruto series. I definitely recommend checking it out if you’ve finished the manga. It expands the universe and allows you to see the characters again. Any chance to revisit an old universe is usually a good one to utilize. The characters also look less shady and semi evil here than they did in the Shikamaru novel, where they decided to do things right under the Hokage’s nose. That’s not the best way to operate a village since you need to have trust in order to succeed. Things were done more by the book here, which was definitely an improvement. Nobody would try sneaking past Sasuke if he had been Hokage…I’m just saying…