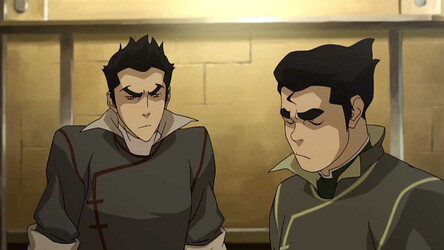 Suggested by Eric Both of these fighters are very adept at using their talents. Bolin uses ground bending while Mako is a fire guy. Both of them have backup abilities at the ready though with Bolin having lava and Mako having lightning. Mako’s offensive abilities seem to be more lethal than Bolin’s. While Bolin can block many of his attacks via the ground, you can’t block forever. The fire will eventually overcome him but this should be a close fight. Mako wins.

2 thoughts on “Bolin vs Mako”