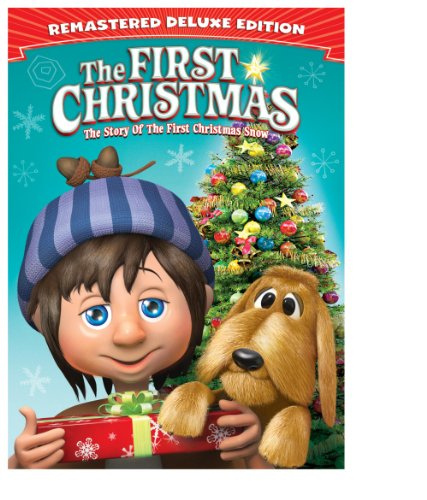 It’s time to look at another classic short. This one deals with the first Christmas snow for the main character Lucas. He definitely had a pretty raw deal but always sees the bright side of things. This is another special that I hadn’t heard of previously so I’m certainly getting introduced to a bunch of new Christmas animations this year. It’s definitely been a fun run of holiday cheer and we are just getting started.

The short starts with a few Nuns taking in a boy named Lucas. He is a shepherd but a close bolt of lightning took away his sight. The nuns, particularly Sister Theresa decide that they must take care of him. Unfortunately the main priest doesn’t like this and wants Lucas to be sent away. As a result Lucas’ stay at the orphanage can be a bit awkward at times. Still, he does his best to fit in and help with the upcoming show that will be put on. When bullies allow his sheep to get lost in the forest Lucas must try to bring them back even if he is blind. Can the kid handle it?

I have to say that the main priest was definitely a lot more antagonistic than I would have expected. Right from the start he is against Lucas. Why is he running an orphanage if he doesn’t want to take kids? He just looks pretty bad the whole time so even at the end when he has a change of heart you have a tough time buying into it. It’s all too late by that point. Then we have the bullies who were about as mean as you’d expect. I guess what’s an orphanage in these films without some of those right? Lucas handles himself pretty well throughout all of this though. Even the wolves in the forest can’t scare him. They surprisingly didn’t get much of a role but that’s good since for a minute there you start to get worried that some animal violence might happen. No need to hurt the score like that when the whole plot can be avoided right?

The animation is the same as the rest of these specials so no need to go into that all that much. I’m still not a fan of the style but it is what it is. At least we get an interesting effect for Lucas’ eyes when he is blinded. I thought that part was handled pretty well. Considering what shape his eyes were to show the blindness, the ending also makes sense with how his eyesight is brought back. Now he can go back to being an expert shepherd and keeping his flock safe.

Overall, This was a fun special. While the orphanage was a little meaner than it needed to be, I’m glad that Lucas didn’t let it get to him. He didn’t go for revenge or fall into sulking. He just stayed the course and kept on helping out wherever he could. He adapted to his blindness as best he could and having a good main character like this is always important. If you haven’t seen this special and like this line of stop-motion shorts then I’d recommend checking it out. If this is your first experience and you want a nice story then you should still enjoy it. It’s also fairly short so you really don’t have anything to lose here.