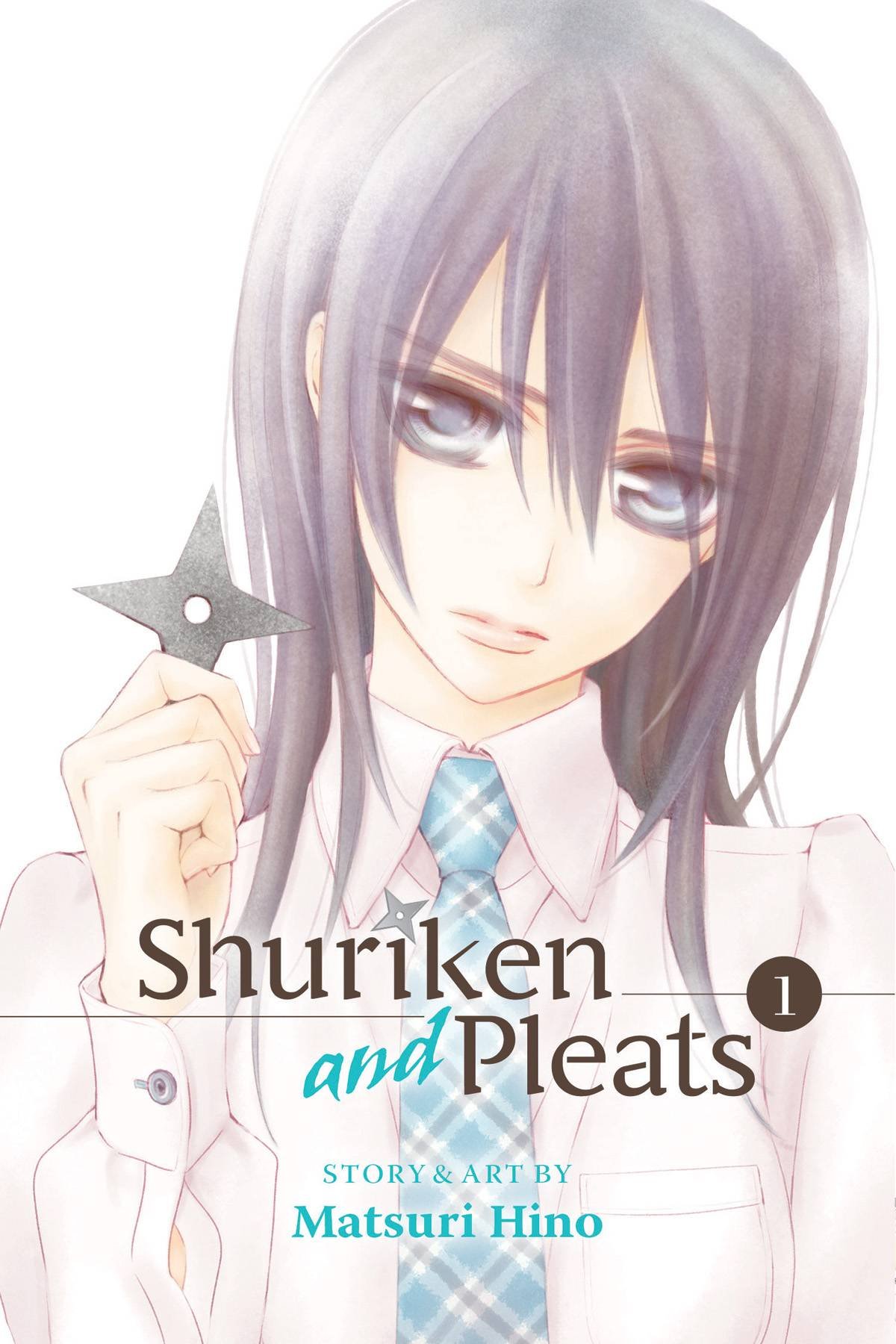 It’s time to look at a recent manga from the creator of Vampire Knight. One glance at the cover and you’ll likely recognize her style. I definitely was not a fan of Vampire Knight and the sequel also hasn’t been too good so I can’t say that my hopes for this title were too high. Still, I figured it would be better since there were no vampires and I was right. After all, no vampires is always a win in my book and this title was no exception. It’s not great and the main romance is pretty dicey, but for 2 volumes it did a reasonable amount to make the characters decent.

The manga introduces us to Mikage who is a ninja protecting Mr. Rod from the various assasins who wish to have him taken out of the picture. The reason for this is that he has a grain of sorts that will end world hunger or something. The specifics aren’t all that important as Rod would much rather talk to Mikage about how she should be living a normal life. She does not want to do this though as it would be against the ninja code and additionally she would rather be by his side. Well, one day he is murdered and in his final will he had put for Mikage to live a normal life as his last wish. She heads to a school, but gets mixed up in the same case from another angle with a guy named Mahito who wants to continue Rod’s work. Can Mikage now get some closure on this whole thing?

Mikage may not have wanted to leave the ninja biz, but it’s probably good that she did. The organization definitely seemed dangerous in how seriously it took itself. Her father basically said that the ninja are expendable and has a very old time look on things. Mikage’s mother is a lot more reasonable but also very oblivious as she somehow doesn’t notice the whole ninja business. I don’t get how she wouldn’t realize what is going on, but her role is extremely small so I suppose by living in another state/country she is just kept out of the loop the whole time.

Mikage’s a solid heroine who means well and does her best to fulfill her role as a bodyguard. Her skills are quite sharp as she seems to be among the top 3 ninja across the organization. She is always ready for action and while she may be oblivious to day to day activities like being a school girl, she has definitely mastered her craft. I’d say there are some similarities with Yuki from Vampire Knight, but Mikage’s a more pro-active lead. She’s always doing something and is pretty heroic as she does jump in to help others even when she is off the clock.

There isn’t much of a supporting cast to bounce off of her though. Again, it’s only 2 volumes so I guess there isn’t much you can do about that, but the cast still feels really small. First you’ve got Mr. Rod who is shown to be a nice father type figure in Mikage’s life. He wants her to be happy and just seems like a noble spirit. He gets bumped off right away, but they were building him up to be pretty good. He’s decent for a while, but I have to give him a firm thumbs down by the end. It’s because of the romance plot but more about that later on. Then you have Mahito and he has the same issues as Rod. He seems nice enough but the romance part, while less dicey doesn’t really help his case much. I do prefer him to Rod though as he at least tries to fight and support Mikage. He takes a lot of Ls, but better to try and fail than not to try at all right?

Then you’ve got Suzuki who is a kid from school. Had this been a longer series I would have expected him to actually be one of the villains or something, but he turns out to literally just be a classmate who is bullied all the time. He likes Mikage, but surprisingly the manga doesn’t really bother with this romance. Suzuki is literally too bright for Mikage to look at so they don’t hang around much. I think he’s mainly around as a good segway to introducing the school and so Mikage will at least have someone to talk to. Finally we have Ichinosuke who is a skilled ninja who works for the side branch of the main family. He’s pretty skilled in his own right although he definitely can’t beat Mikage in a fight. The guy’s a decent villain, but he’s not the one calling the shots so for the most part he is just being manipulated. You won’t rise up to the top that way.

The manga isn’t really about the action, but we do get some good scenes during its run. The final fight against the main villain is pretty good and the manga did establish this guy as a solid threat. In general the art is pretty good. I think the artist did a better job of making sure that all of the characters don’t look too similar unlike good ole Vampire Knight where a bunch of people seemed to be identical half the time. I don’t think there were any characters here that I would mix up which is definitely solid.

Now for the romance. Well, this was definitely not going to end well from the start. Mikage likes Rod who has got to be at least double her age if not older. There’s no way to turn that into a solid romance. At least making it one sided isn’t the end of the world, but Rod’s answer isn’t as definitive as a no as I would have liked. I wanted a closed and shut “never” response from him. Then you’ve got Mahito and Suzuki who are vying for Mikage’s affections with no results. It’s a Shojo manga so at least the romance is handled more traditionally than a Shonen and nothing actually happens, but it’s definitely a plot that I would have cut out personally. 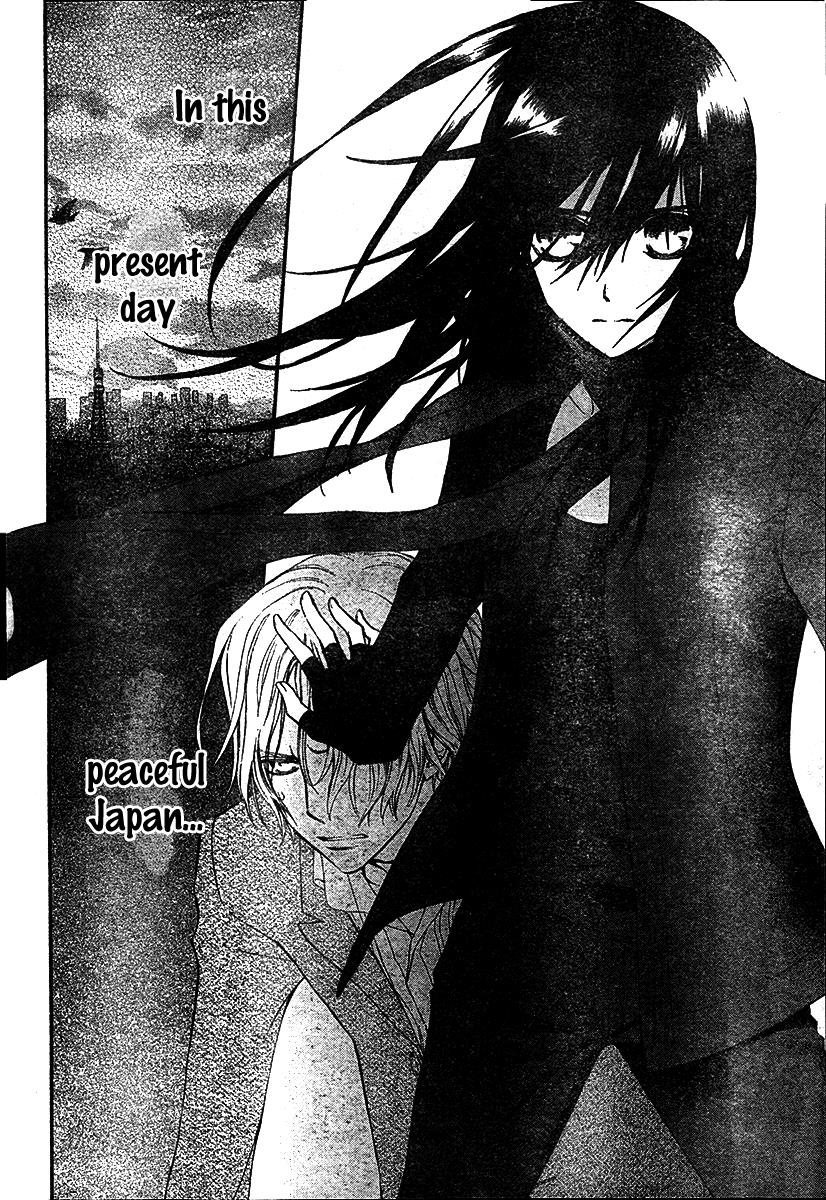 Overall, Shuriken and Pleats is a manga with one of those titles that I don’t totally get. Maybe Pleats is the kind of uniform that Mikage uses. Yeah, I could have googled the term, but I didn’t so I’ll leave it to guesswork for now. It’s a fun enough title to check out and 2 volumes isn’t going to cost you a whole lot of time anyway. There’s not a whole lot here to offer you beyond a good time though. It’s definitely not a game changing Shojo manga, but I do like the premise and it definitely doesn’t drag on. The ending may have fallen completely flat for me, but up til then it was a solid experience and I’d lightly recommend checking it out. At the end of the day it didn’t make any of the big mistakes like fanservice or animal violence so there’s no reason to give it a thumbs down. I don’t read a whole lot of one shots/mini series so it’s always good to add another one to the roster. Maybe the author can make a sequel to this one someday. There’s a lot of fun themes that could be expanded on here like Mikage just hanging out at school or rival ninja groups coming in for fights.

2 thoughts on “Shuriken and Pleats Review”