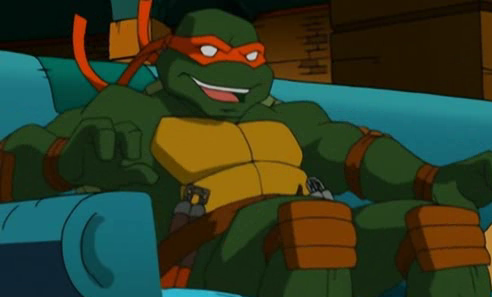 Suggested by Sonic This is a pretty tricky fight. Usually Primal would completely wreck Michelangelo right from the start. What makes this battle tougher is that Michelangelo actually obtained Chi control in the 2003 TMNT series. This granted him great speed and when you mix that with his tech upgrades from Fast Forward then he finally became a real threat. I don’t think Primal will be able to catch Michelangelo and this really nullifies his power advantage. The strength of each blast doesn’t matter as much when it just can’t land. Michelangelo wins.