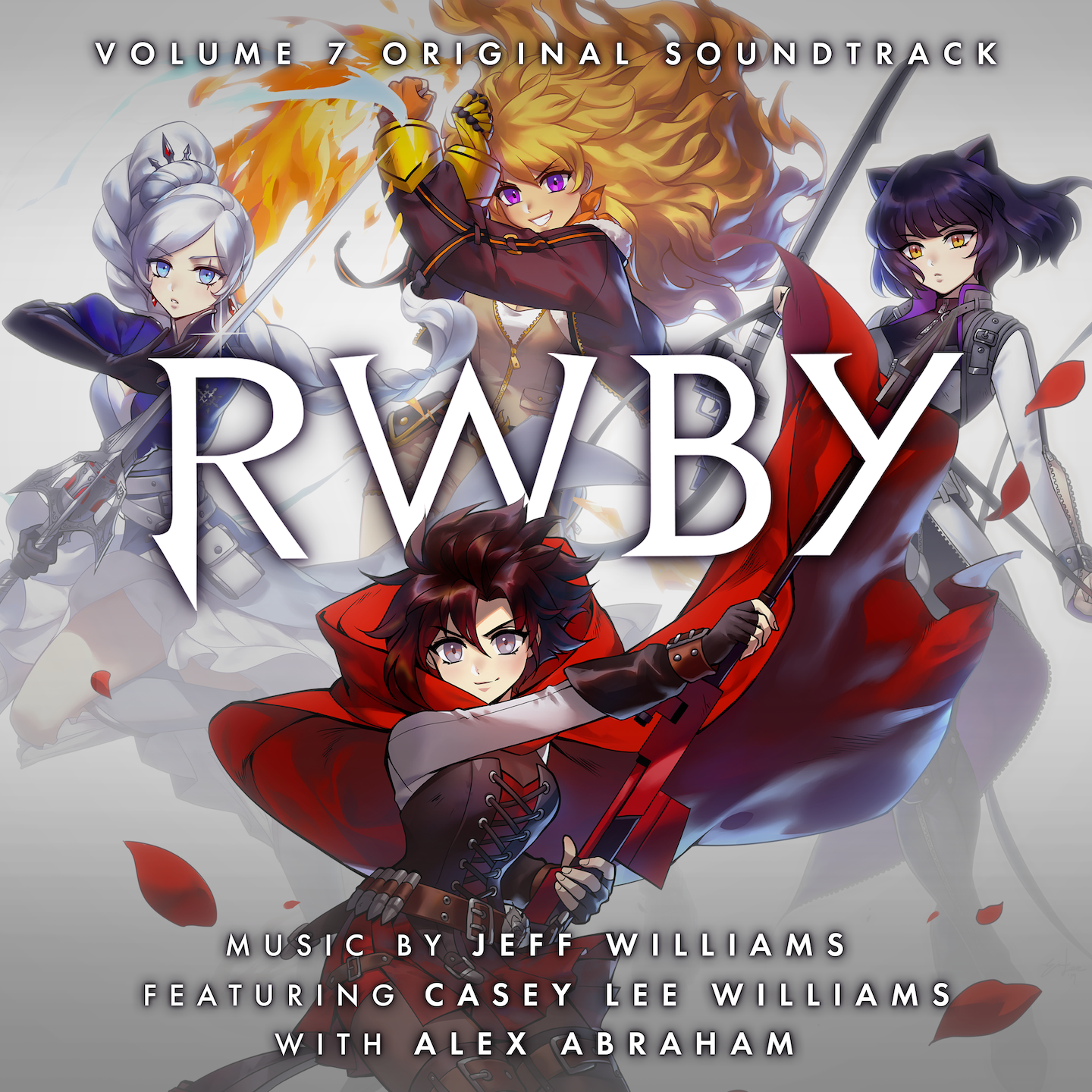 It’s time to look at the songs from the new RWBY soundtrack that came out. In particular I am ranking the 9 new lyrical songs and won’t be counting the remixes from previous volumes. I’ll rank them from last to first as we see where they all stack up. The 1st and second place entries are quite easy and then after that is when it’s time for some serious thought. I can definitely say right now that the series continues to have an absolutely stellar soundtrack. You’d be hard pressed to find anything that even comes close to this in another title. This volume’s probably got one of the happiest overall soundtracks compared to the others I suppose reflecting the hope found here. I think the theme of the volume was supposed to be Hope unless I’m thinking of the last one. Either way that makes sense. All of the songs below can be found on Youtube or any other CD as well as for purchase online. I’ve attached a link next to the top ranked song where you can listen to them online.

I have to say that the very beginning of this song feels like something out of Megaman. I like the quick techno strum there. After that this song slows down quite a bit though and definitely isn’t really my style. I like the overall aesthetic of the song but it’s not going to stop this one from bringing in the last spot on the list. Speed up the tempo and I think this song will rank a little higher though.

Well, we’ve definitely got another party tune showing up here. It’s definitely the kind of song you’d expect to hear at the disco. That said, it’s the kind of song that doesn’t sound as good outside of that context. It will be good for a play or two but next to the songs coming up it definitely can’t stack up well enough. When I’m celebrating I’ll probably be playing a song closer to the top 2 coming up. Still, with the more party feel of this soundtrack that should help for when playing the soundtrack at parties.

This is probably one of the weakest of the group for me. It’s more loud than catchy. It’s going for more of a party feel but one that doesn’t gel as smoothly as the rest of the songs. This is one of the tunes that I wouldn’t really be listening to all that often. Still, it’s not as if it means the song’s that bad. It’s not able to keep up with the others but it’s still a pretty decent song in its own right.

This is definitely one of the happier songs we’ve got in RWBY. It shows that the team is finally back together and having a good time. That’s good because it’s been a little bit since they were able to just have fun. It’s got a nice beat to it. I don’t see this becoming one of the more popular songs down the road or one that I will have on loop for very long but it’s a solid inspirational song. You don’t want everything to be super rock….well I wouldn’t mind, but most people want some variety and this song does a good job of providing that. 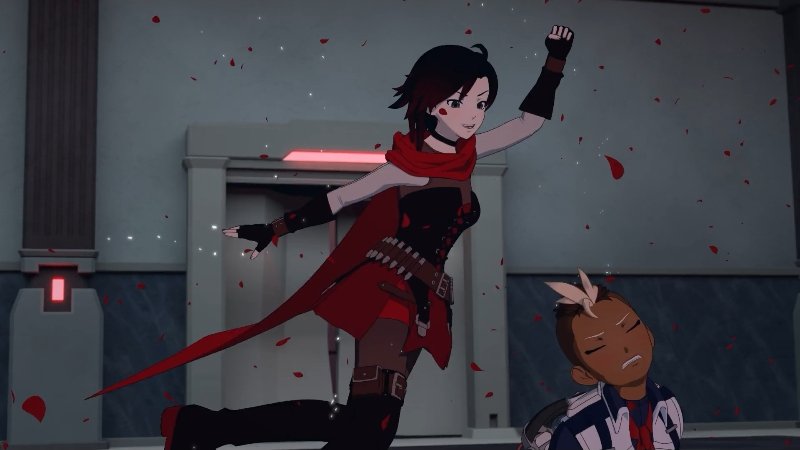 This is a very somber song. In some ways it may be the most somber one in the series because it never transitions into Rock the way that a lot of the others do. It’s just a song that doesn’t leave the heroes full of hope afterwards as things don’t look like they’re about to get better. Regardless I thought it was executed pretty well. I’m usually more of a fast paced song kind of guy but when it’s a sad song then that can absolutely work without a fast tempo.

It’s time for the opening of the Volume. My favorite intro of all time is still the very first one but the series has always been pretty good with these. I’d put this song in the top half of the new ones. It’s definitely very fast and also nostalgic to an extent because I’ve heard the song very often while watching the episodes. This is not one that you want to skip when starting the episodes.

This is definitely a pretty intense theme and one that’s fitting for Salem’s return. She’s only had two themes now but between this and Divide they’re definitely both incredible. It really shows how Salem gets into the heads of her opponents. One line is about “Who will you see in the dark when you’re all alone” and quite a few of the characters likely see Salem. It’s why betraying her would be pretty much unthinkable and why the heroes fear her so greatly. I am looking forward to seeing her live up to the hype in the next volume. At this point you can’t really be satisfied with anything less than her completely overwhelming the heroes. This is the perfect time for her to prove her power once and for all.

This is one song that I think loses a bit of the intensity from the full version. The opening lyrics are going for a very emotional/sad kind of tune. Still, once we get to the good part of the song it rocks on from start to finish. It was a great song and does a good job of depicting the self sacrifice Ironwood was able to go through to accomplish his mission. Being a hero is often a lot harder than it looks and is often not a glamorous task. You gotta be ready to not be very popular at times and it can be very easy to lose perspective and become like the villains you work on stopping.

1. War
Click here for the song
This is easily the best song and it’s not even close. I remember being shell shocked when it shows up in part because it shows up with the greatest fight in the entire series. I do wish we could have kept part of the intro music for that scene but I suppose it’s technically a different part of the OST for that. Either way it’s a powerful song about thinking someone was your friend and trusting them, only to be betrayed in the end. I know hero vs hero fights may get a lot of critiques, but that’s why I love the concept. Unlike a hero vs villain fight where you’re clearly meant to root for one team who is in the right, a matchup like this is interesting because both sides are doing what they believe is the correct decision.

In a logical sense AceOps has some points here. The heroes were already being overrun by a bunch of normal Grimm who were being summoned. Salem is on her way with an army many times larger than that. It seems unlikely that the heroes can last for long and they allegedly don’t have enough time to evacuate everyone either. Thus, their decision to leave and save who they can makes some sense. It also doesn’t help that Team RWBY’s leader burst into tears right when Salem showed up and mentioned her mother. There’s nothing more soul crushing for a team than to have their leader drop out just like that.

Of course Team RWBY is ultimately in the right here because you should never sacrifice anyone. If they die then at least they die together as opposed to just some people managing to survive this round. If you had to throw a lot of people away in order to survive then it’s just not worth it. The song talks about never trusting someone again and after being betrayed like that it would definitely be hard to make new friends. It takes a long time to trust someone but only an instant to lose that for good. 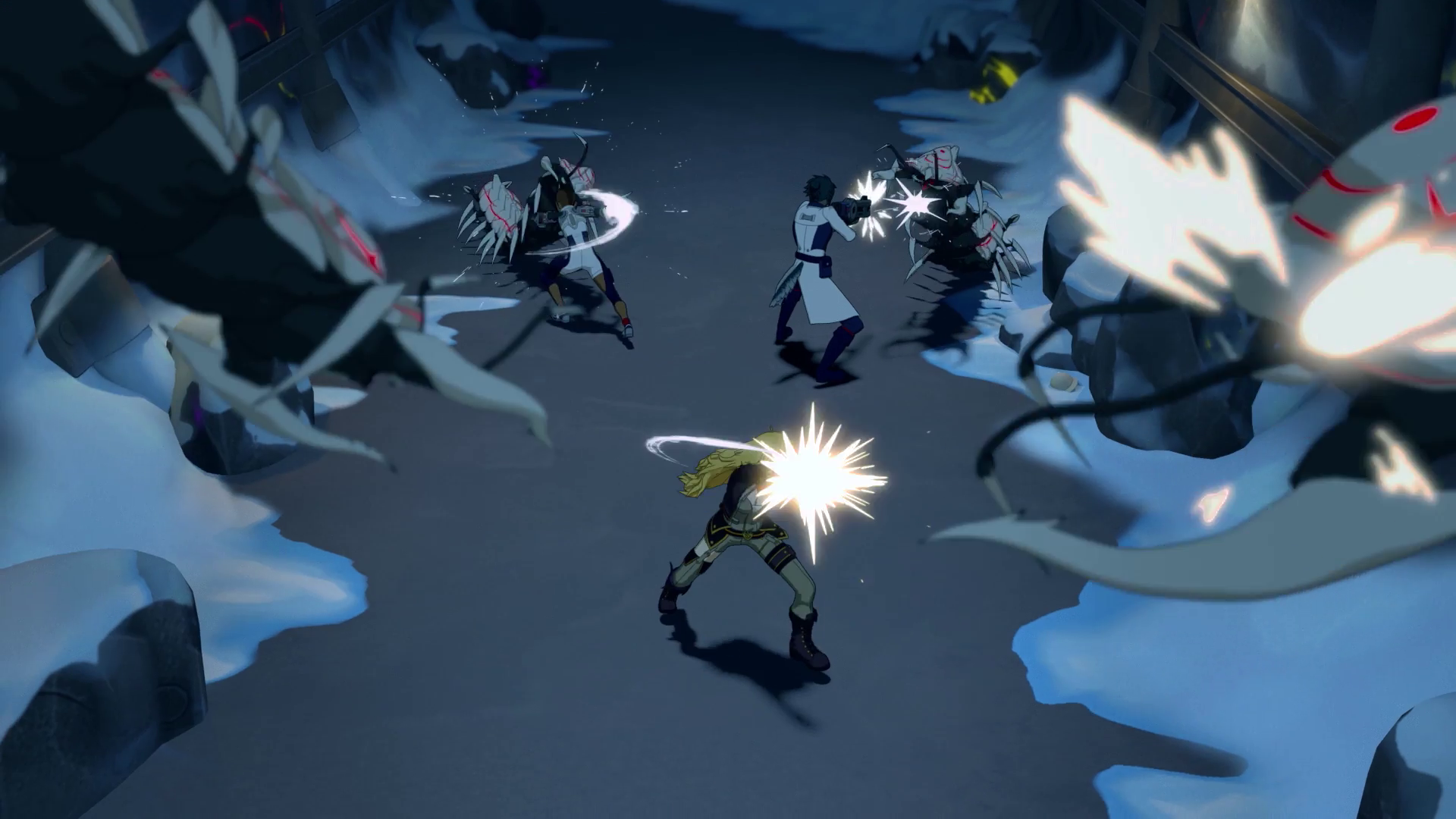 So, that’s definitely my top song and it concludes the rankings for Volume 7. I look forward to seeing what songs we get in the next volume since there are always some real All Stars in every volume. It’s going to be very hard to top this one though. Of course, there’s usually a song in every volume that makes me feel the same way. The series is just always ready to hit the next level.