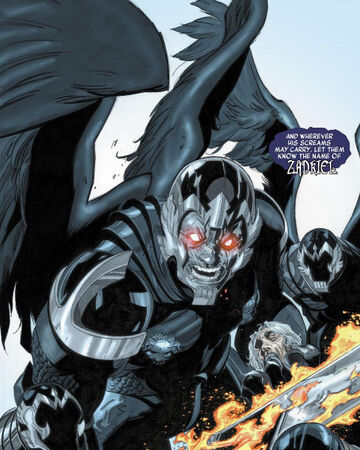 Suggested by Sonic It’s time for a battle of powerful fighters. Wesker’s biggest advantage here is his pure speed as he is shown to easily dodge bullets and move faster than the eye can see. Then you have Zadkiel who was able to take on an army of Ghost Riders although he was ultimately defeated. In terms of pure power I would go for Zadkiel easily but I don’t see him having enough power to ultimately win here. Wesker’s speed will keep him out of reach from Zadkiel’s attacks long enough to claim victory. Wesker wins.