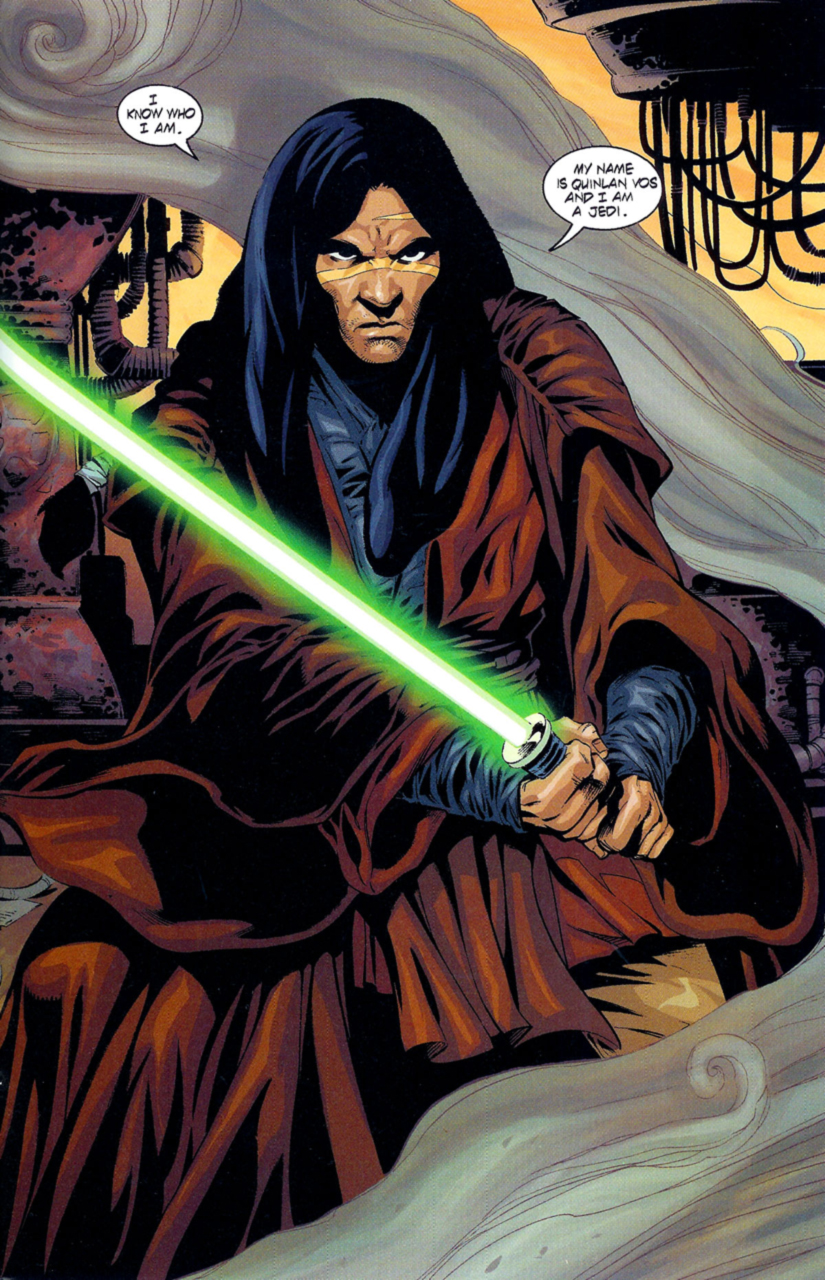 Suggested by iKnowledge Quinlan Vos has certainly proved himself a lot more than Lomi has. Lomi has had some good fights over the years like when she took on Luke Skywalker and when she managed to trick Anakin, but ultimately she hasn’t done a whole lot. She has had less time to really show off her capabilities while Quinlan has been fighting for quite a while now. He’s really shown why he is a top notch fighter. His mastery with the blade is quite impressive and he can also manipulate the Force with ease. Ultimately Lomi won’t be able to stand up to his sheer skill with each technique. Quinlan Vos wins.