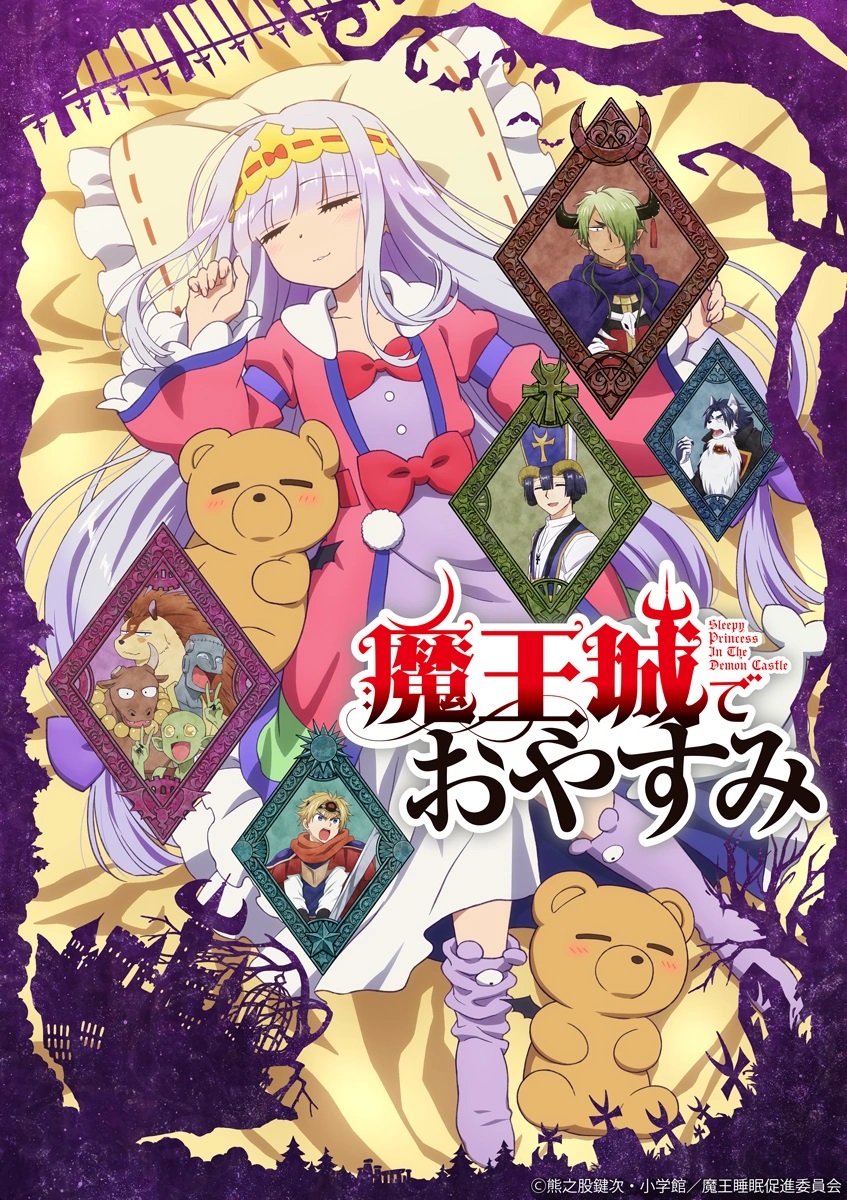 I remember starting this manga not too long ago. Well after binging it all the way to the current chapter it was time to look at the show adaption which was referenced in the manga a bunch of times. Ultimately it is a fun slice of life type show. It’s not laugh out loud levels of funny like Noragami or Kaguya Sama but if you’re looking for a calming experience then this could be the ticket for you. At the end of the day it’s a very safe show all around that you can pick up and play at any time.

The show starts with Princess Syalis being kidnapped by Twilight, the Demon King. The hero Dawner vows to find and rescue her no matter how dangerous the trip is. To this end he and his loyal allies set off to various regions and dungeons to find her. They actually aren’t the main characters of this quest though. No, Syalis is the main character and the show is about her daily interactions in the Demon Castle. Will she learn that the demons actually aren’t so bad?

I have to admit, having Dawner as the main character would have been cool though. He’s a very genuine guy who really wants to help her out but unfortunately she just finds him annoying and the demons appear to be a lot stronger than Dawner. He can be sneaky good at times though and the show even gives him more of a role than in the manga. He gets to appear in quite a few episodes here as he gets closer and closer to the goal. Dawner is really played up as not being very smart and being super over the top but with such heroic aspirations how could you root against him right?

Now keep in mind that even though you have heroes here and villains with super powers, this is not an action anime. So don’t go in expecting a lot of big fights or anything like that. This is still a slice of life comedy at the end of the day so you have to go in with the right mindset. So long as you do that, then you’ll be good as the show goes on. If you went in expecting action then you’d be in trouble but I like to think that the theme song would clue you in right away.

As for the theme song, it’s okay I’d say. I’m not a big fan of it but it’s not bad. The soundtrack itself could use some more variety though. There wasn’t really a standout theme that I can think of right now. The animation is okay, but nothing special. I would say fairly low budget or maybe standard at best. This doesn’t strike me as a show with a really big budget but of course there’s not a whole lot to show off with it given how the show is based though. It’s not quite going above and beyond here, just adapting everything as normal. It also uses that annoying blush effect I don’t like much in the shows. It isn’t constant like in other shows but it’s never needed.

The one thing holding this one back is that I wouldn’t say it’s very funny for being a comedy. In general if you aren’t an action show then you need to be either really funny like Kaguya to succeed, be very emotional like Kanon, or have a super engaging plot with great characters like Death Note. If you don’t have any of those things in your corner then you’ll mainly be treading water. Now I do still have this show on the positive side so it works well enough but I do see this title being buried by the competition the whole time.

I do like that the show has a true continuity going for it though. While it won’t take too much advantage of that yet, we would see more of that come to play during a season 2. This isn’t one of those shows where each character is static, characters do get development. I wouldn’t say it’s anything major but it’s still nice because it really gives you a good reason to watch in order and see how it goes. I would argue that even true 100% comedic shows should have a continuity that they stick to. It just gets you more invested.

Now for Syalis, she’s a fun main character. She takes things in stride and quickly figures out the best way to manipulate the demons. With the video game RPG rules in effect, it also makes sense that she would grow so powerful so quickly as she’s always murdering the minions to get materials. That kind of EXP will add up quickly. Deep down she just wants a good sleep and that’s as good a motivation as anything. Contrary to most main characters, I wouldn’t even say that she is super nice. Sleep is prioritized over everything so if she needs a nap then that’s what is going to happen even if it means ignoring her friends. 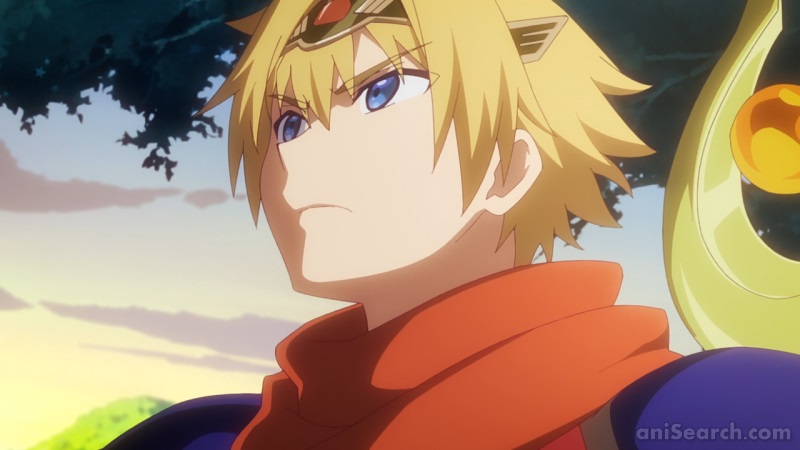 At times you will feel bad for some characters like the succubus and harpy who want to be her friend though. Syalis comes really close to being a full antagonist at times so everyone needs to keep their guard up. Most of the demons know to leave her alone though, some just don’t really tend to get the hint in time. The show has each episode segment be like an in game mission which is fun. It comes complete with the fanfare and everything.

No main character is complete without a supporting cast though so lets talk about the side characters. First up is Twilight and he’s a very reasonable character. As of now we don’t really know why he kidnapped Syalis but he seems bored so he may have just wanted some excitement. He’s not even a particularly bad guy as he even leaves cool weapons and items for the hero to use. He doesn’t want things to be boring and he’s also got a lot of good sportsmanship which again begs the question of why demons and humans are enemies to begin with. The show starts to delve into that but for the most part that will be a plot point for the next seasons.

Twilight is definitely one of the best characters here. He is maybe a little too nice to Syalis which helps let her get so spoiled right away but it’s just hard for him to not be nice. That’s his default setting if you would. Then there is the Demon Cleric and he plays the straight man to the various jokes and gags. Everything takes him unawares and he really isn’t sure of what to do. I can’t say that I’m a big fan of his. His role will only grow larger and larger in the future but in the meantime he just needs to make sure that Syalis can revive without any issues.

Harpy is the most tragic character in the series because she just wants to be friends with Syalis. Unfortunately that isn’t possible as the princess just sees her as a pillow. It’s why their friendship always seems rocky at best. The dynamic is that Harpy does her best to help out and Syalis takes advantage of her. It’s the only time when Syalis can be rather annoying for me. Usually I can root for her but moments like that are not a good look at all. The same is true of the Succubus to an extent. She doesn’t want to be friends but Syalis is always putting her in dangerous situations when Succubus just wants to be more popular.

There are a lot of other monsters around the castle and the message to them is clear, stay out of Syalis’ way! If they don’t then they are liable to get hurt like the shrouds that she murders every day. Perhaps she is the real demon in this castle. The characters certainly treat her like the boss with how she can come and go as she pleases. Syalis even tends to take over the big board meetings when she feels like it.

Because this is a standard slice of life without any big plots yet, there isn’t a whole lot to talk about. I suspect that season 2 will have more themes to really sink your teeth into and discuss. That said, at least we do see that as per normal the humans appear to be the aggressors here. They have whole festivals and such just for badmouthing the demons. I tend to always be taking shots at the humans in these things and this is an example of what makes it so easy.

Now at least they have an excuse to be a little upset right now with Syalis being kidnapped but the festival has apparently been going on for a while now. So they are always using opportunities to insult the demons while meanwhile we see in the demon castle that they don’t care about the humans. The whole antagonism is only on one side. Of course they can’t suspect that the demons are so nice but they could stand to be a little more reasonable. It just feels like a mean spirited festival the whole time instead of just being a way to have a lot of fun. I admit that even Dawner would likely be in on this though so the whole kingdom needs to work on this.

Because of the nature of the show you’re not really sure just how deep into all of this it’ll go but at the very least there are already hints at a more serious plot someday. You have some serious moments with Syalis and Twilight on this and her deciding to go back with them instead of to the humans. It reminds me a bit of Detective Conan in that sense as 90% of what’s going on is fluff and then you have the occasional tease at a plot coming soon. Whether it actually happens soon or in a very long while is really the question you have to ponder in the meantime. 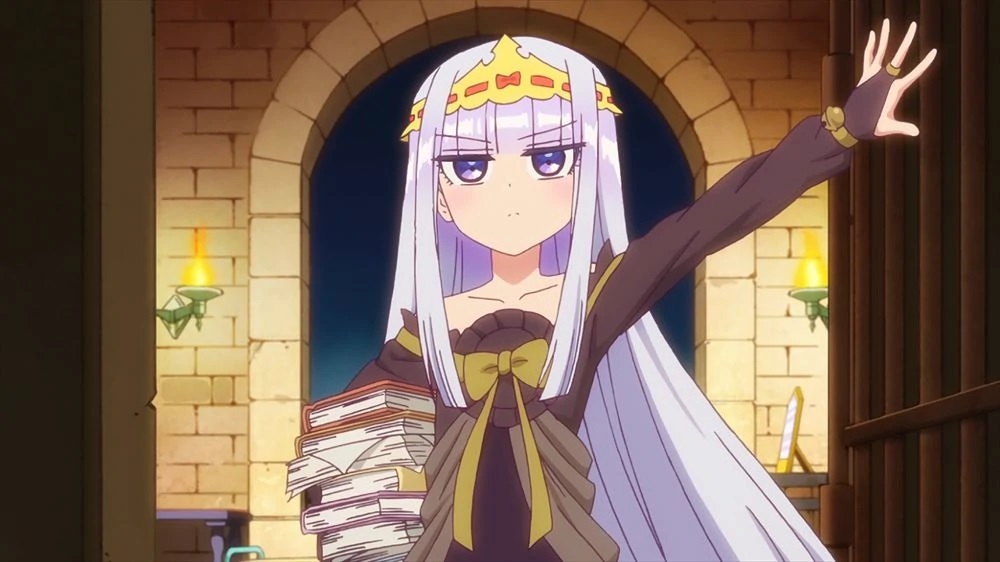 Overall, Sleepy Princess in the Demon Castle is a decent show. It’s a nice way to spend the time and it’s always fun to see the RPG elements. To take the show to the next level I’d say it needs to spice up the music a bit and also change the scenery some more. The demon castle is good but you need more than one backdrop. Make sure to show Dawner more as well since that guy is always fun. Any scene with him in it is bound to be a winner. In the meantime if you want a slice of life to check out, this one’s fairly short so there’s not really any downside to giving it a chance.

2 thoughts on “Sleepy Princess in the Demon Castle Review”