﻿It’s time for episode 3 as I continue this journey down memory lane with comparing each volume. By episode 3 it’s still more of a toss up on if the season’s going to have its next big action moment or if it will be more set up. Which volumes will come out on top and which will fall short? It’s time to find out! 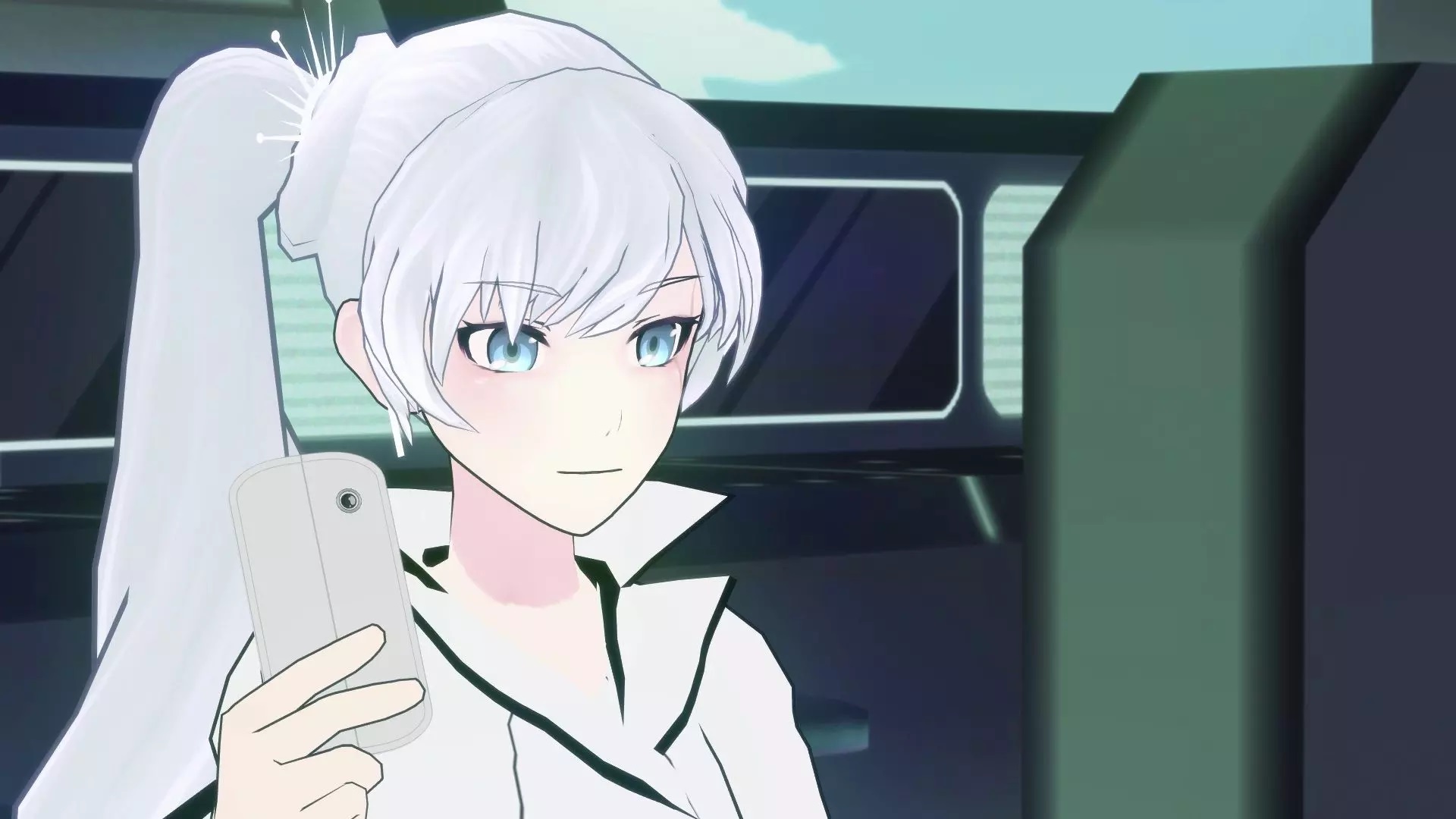 Volume 2 has the team splitting up to check on different things as they approach the White Fang issue. It’s always nice to see them all working as a team like this and as always Sun is a great character. He just dove in and inserted himself and Neptune into the team mission and made it look easy. The guy is made of confidence and you love to see it. In the subplot we got more hints that Penny was a robot as she stopped the car although in universe she probably could have just played it off as a super strength semblance and everyone would believe her. No reason not too right? Weiss and her family drama is also set up a bit more here since she doesn’t want to talk to her father. A lot of setup going on and it’s a solid episode but would quickly be overshadowed by volume 3 the next year. 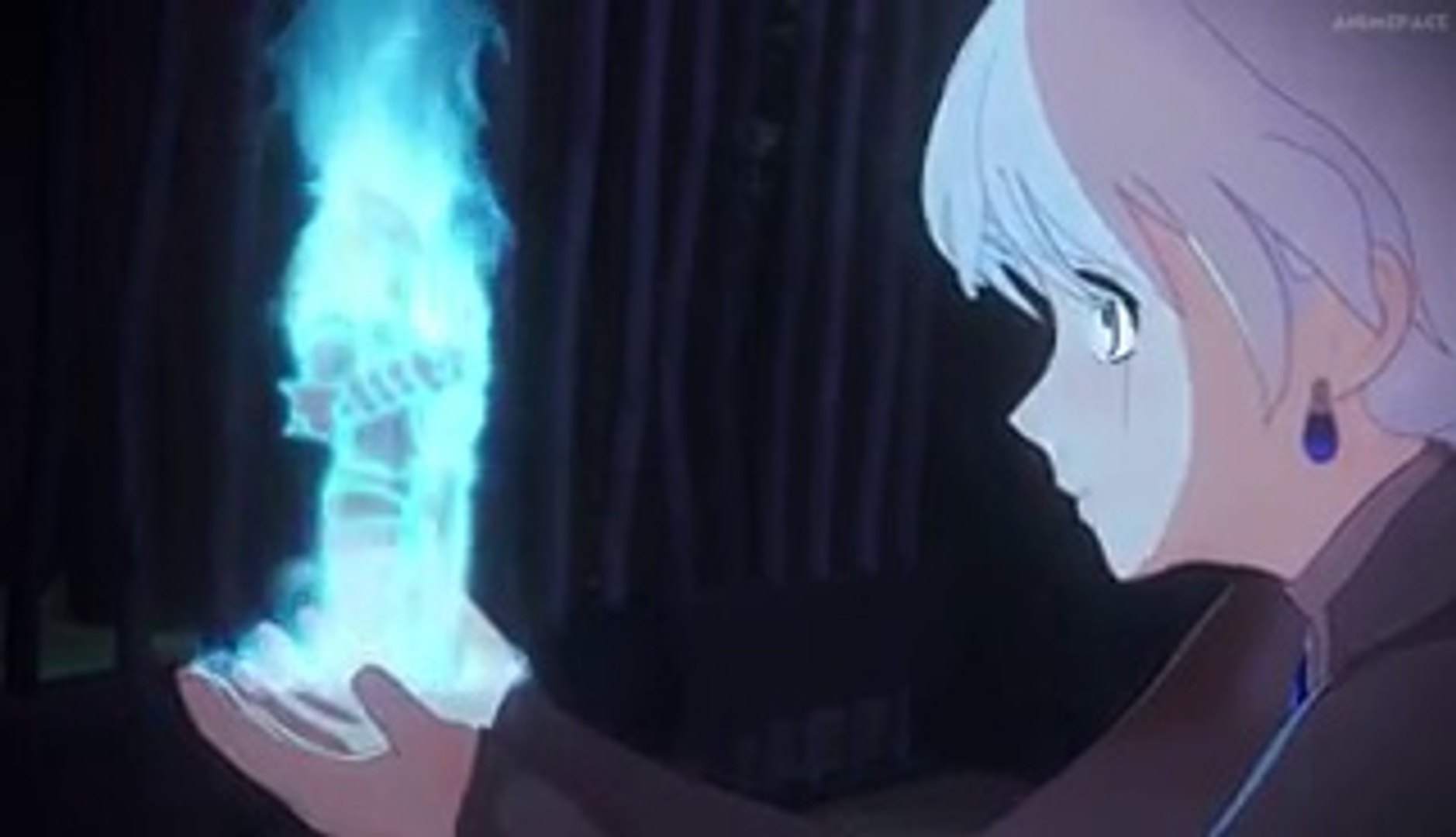 This was the episode where Volume 5’s pacing really started to slow down a bit. We got updates on the various plots but because of that there wasn’t a whole lot to all of them. In Ruby’s plot we had Ozpin decide to teach Ruby how to fight in hand to hand (I never bought that Ruby couldn’t fight tbh), for Blake she tried convincing the Faunus to fight back against the White Fang, but I can see why they weren’t on board. Sure the White Fang are evil but infighting among themselves would leave them wide open to attack from the humans. This was definitely a setup chapter but it was nice to see the Weiss plot. Her figuring out a way to escape was a great way to end things off. 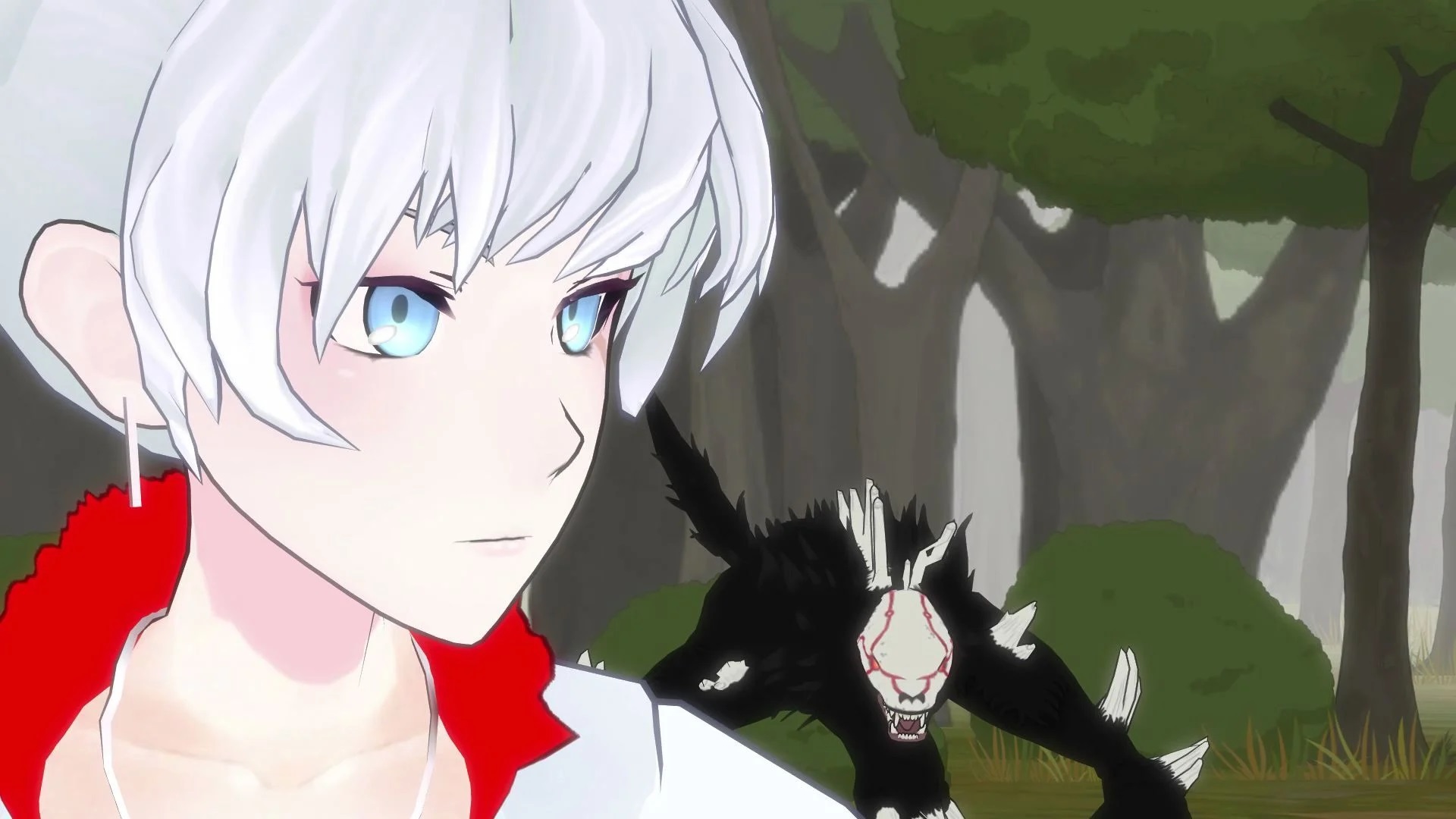 Volume 1 is mainly still setting up the big forest fights here as the group actually begins the test. We get a lot of fun scenes to introduce the various characters like Nora and Ren while also giving Pyrrha some more screen time. This is definitely more of a character building episode and the humor from this era is still unmatched. I always did wonder where Ruby just vanished off to during the forest though. If she went off to fight it must have been really far away since Weiss couldn’t hear her at all. The place just went dead silent. 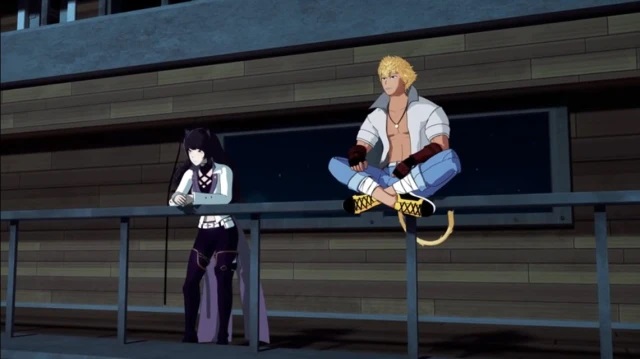 Volume 4 is a lot more low key which makes sense as that volume took this approach for the most part. In Yang’s plot she is still trying to cope with just having one arm now and it’s been a tough adjustment. Her trauma over losing to Adam is still raging strong as well. Meanwhile Blake gets her first fight as a giant serpent Grimm appears and Sun helps her out. Unfortunately this would be the beginning of the end for her character as she went from being very brave and ready to fight in the first 3 volumes to someone who was running away from fights here. She also seemed to get a lot weaker so don’t expect a lot of big wins for her in this volume. As it is the serpent Grimm seemed to have the edge for most of the fight. The actual fight is one of my least favorite fights in the series (Something had to be right?), there’s a lot of jumping around but it felt like very little actual fighting. Still reasonable but the fight doesn’t elevate the episode quite as much as you would expect. It’s still the best subplot in the episode though. 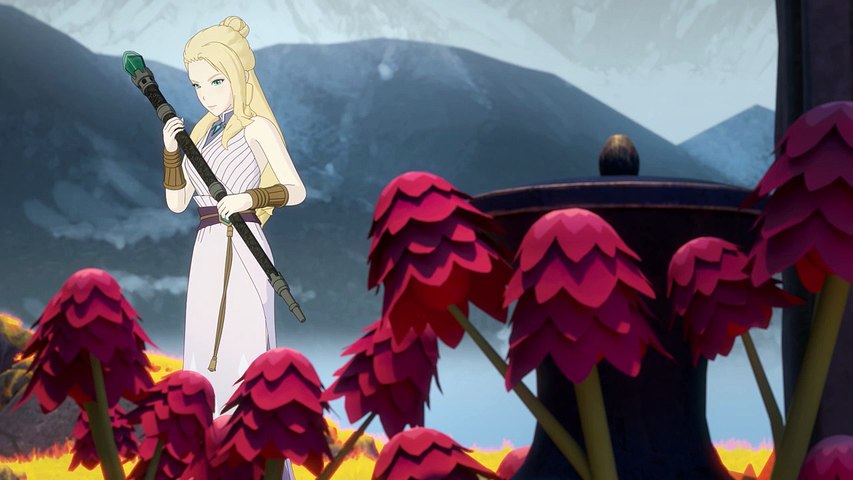 This was a really important chapter because we finally got the origin of Salem. Now this one was a doozy. I also blame Ozpin quite a lot here. I’m always harsh on the old guy but seriously, he really didn’t do anything to slow down Salem’s descent into madness. When she uses her powers recklessly he should have tried to talk her down or talk things over rationally. Instead he tries to run off with her kids in the middle of the night? No….that’s not a good idea at all. Additionally both of the gods just seem cruel (which is not surprising) so I can see why Salem wants to take them out. Ozpin deciding to avoid them is another option I suppose but yeah this episode wasn’t flattering for him. Still, it was a lot of fun because I’d been waiting for the origin story for a very long time. 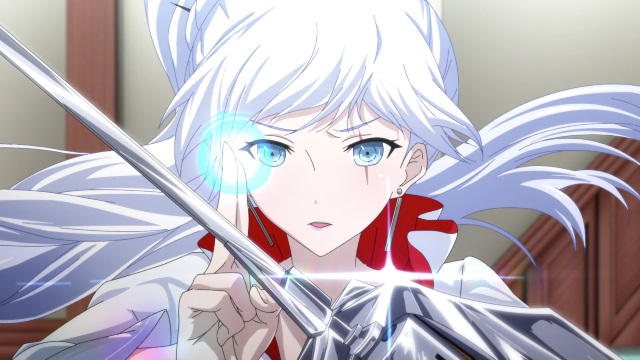 Naturally Ice Queendom has a lot going on here as it wraps volume 1 up but makes the very unfortunate choice of cutting out the fight at the docks. I think they definitely should have kept that in but at least we did get the fight between Weiss and the Grimm which was really solid. The animation really shone during that part and this episode had a lot of good development for the characters. The cliffhanger was also really epic. We’re getting into the original plot now so I’m definitely hyped to see how that plays out. Ice Queendom is off to a fast start and has been keeping up rather well so far. 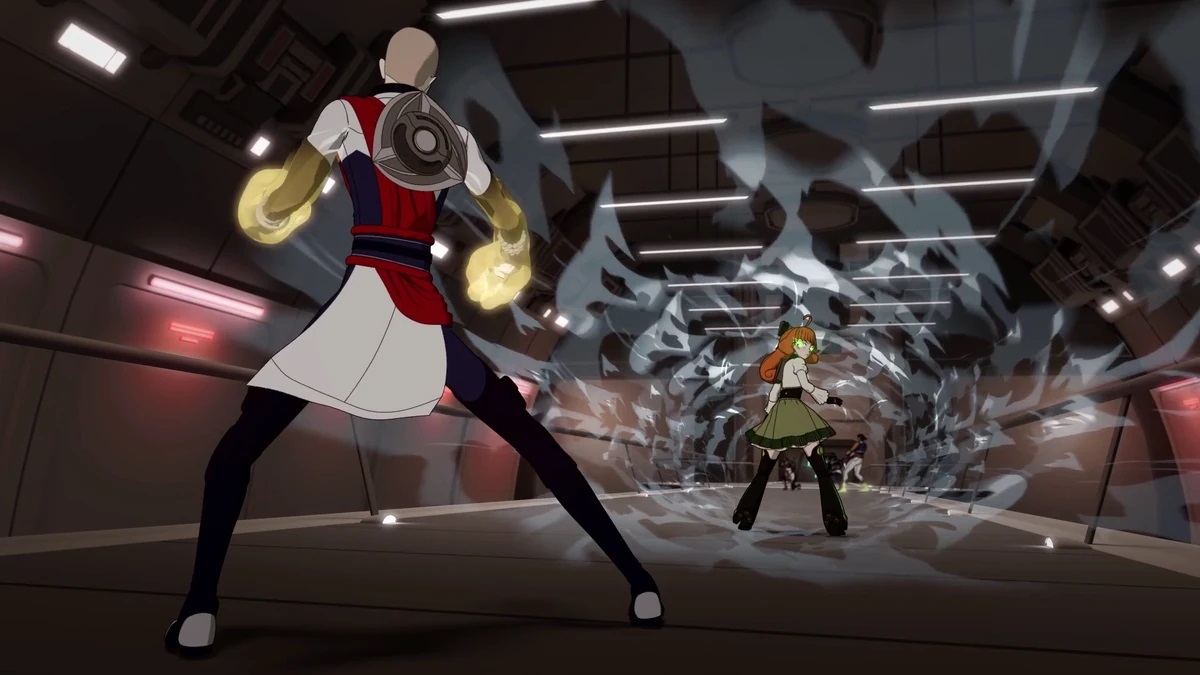 The AceOps got their big rematch here after being absolutely dominated by Team RWBY. I don’t buy their excuse about holding back to be honest but it’s still good to see them using more teamwork here. They were actually overwhelming Penny who is a maiden so that’s fairly impressive. Penny didn’t look great here but that’s how it goes. Nora also had her best moment in quite a while here as she handled the electric entrance. With a good amount of action this was definitely going to be a high ranking episode. You can see how Volume 8 started off really strong already. 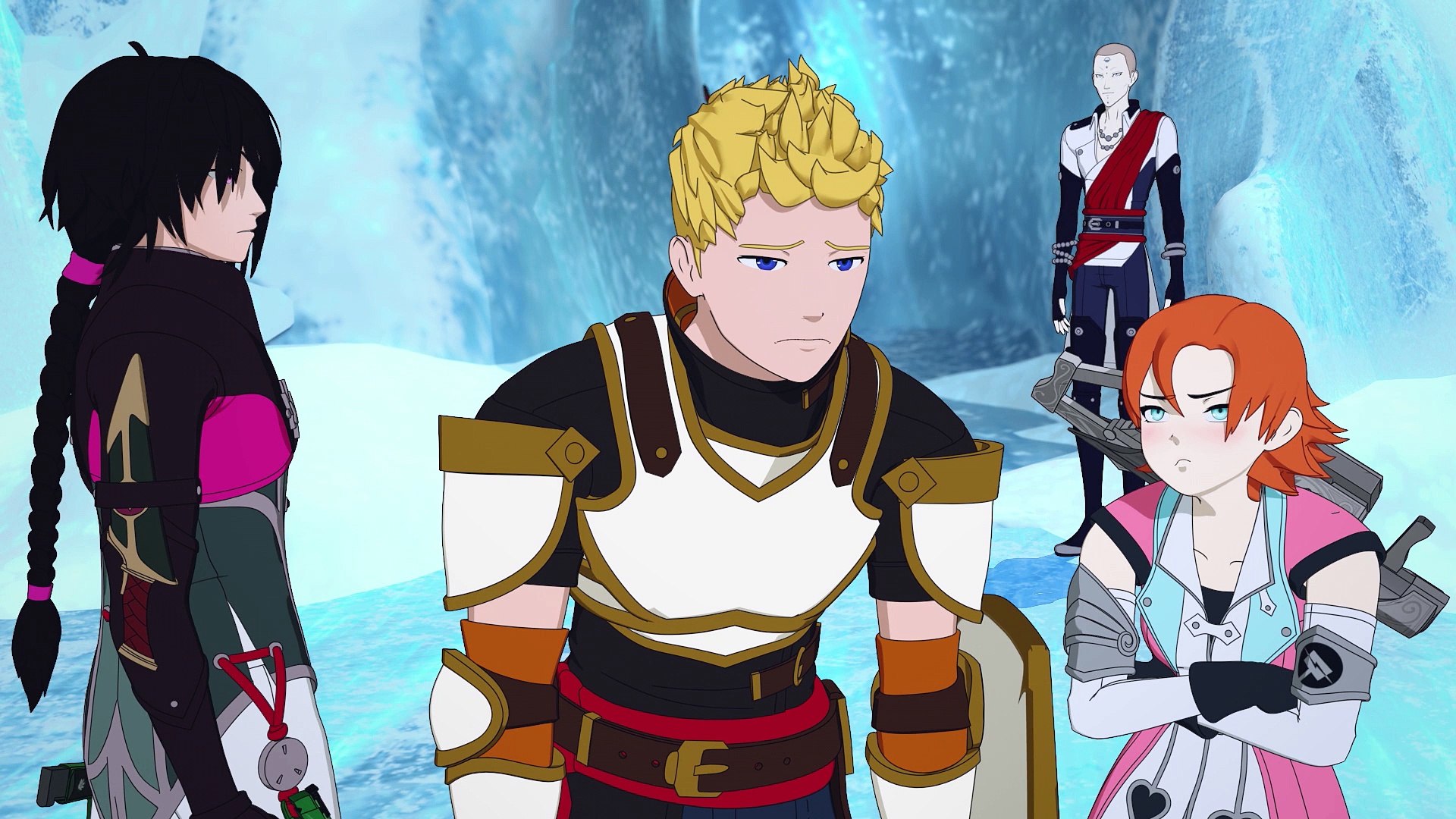 This time we get to really see the AceOps in action. I do think the team is rough even if I always thought Team RWBY was stronger. We got to see their updated landing strategies as well and had some fun fights in the caves. There weren’t a lot of stakes here or anything but it was still nice to see the team all get to take down some Grimm. With all the big plots going on you sometimes just want to see them being Huntresses and taking these monsters down. They also start to feel some guilt over lying to Ironwood the whole time which is really good. They should be feeling bad about that since so far he’s been doing a good job. I would say it was clear from this episode that they were setting up an eventual fight though and we’ll talk more about that in a future episode! 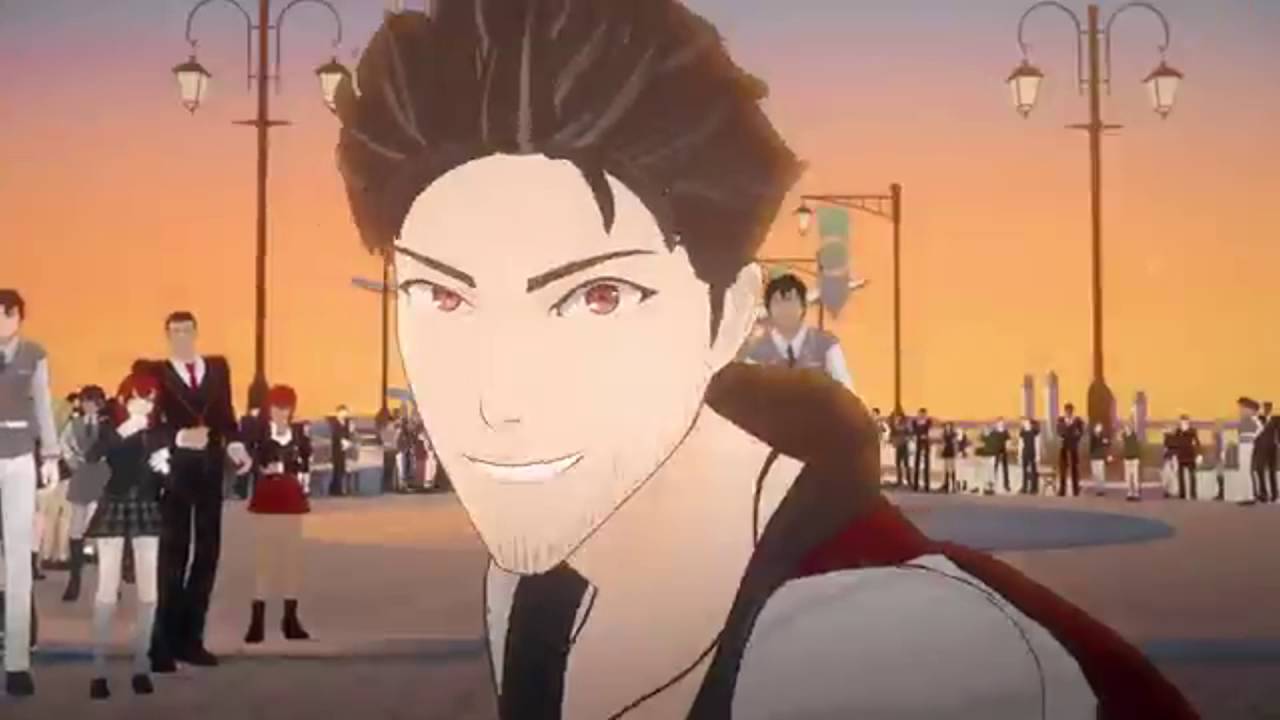 Volume 3 jumps us right into the mix as Qrow takes on Winter. Still a great way to introduce us to the power levels of an adult huntsman. Ultimately Qrow would end up getting nerfed in the future but I still appreciated seeing the power gap right now. The music was on point and it was a great spectacle. Meanwhile we also got to see Cinder making her first move in rigging the tournament match as well as Ironwood have a chat with the other characters. His moves seem reasonable considering that Ozpin never seems to want to really have a conversation here. He thinks that Ironwood should not have brought his army but doesn’t say much to really make his case. To make this more convincing we would need some more good reasons since under Ozpin’s eye the villains have already infiltrated anyway. Qrow and Winter’s rivalry in addition to the fight easily makes this the best episode 3 of the bunch.

Well, I guess volume 3 has done it again. This was such a strong episode 3 and it reminds me why the volume had the best pacing. Something was always happening here to keep you excited. The other volumes will start to make some more competition for it as the volumes go on though because all of them tend to have great climaxes and the length varies so there should be a good amount of back and forth. Now the wait begins for the episode 4 comparisons!