We are back for another round of the RWBY episode rankings! You probably won’t be surprised at how well Volume 3 does but the question is if any of the other volumes can keep up. Will they get absolutely destroyed or will they have a fighting chance here? With a series as good as RWBY it’s always fun to see which episodes can really surpass the others in these battles. You can tell how about half of these episodes are more about setup though, but there are the action ones as well. It shows how balanced the series is as the action changes from volume to volume. 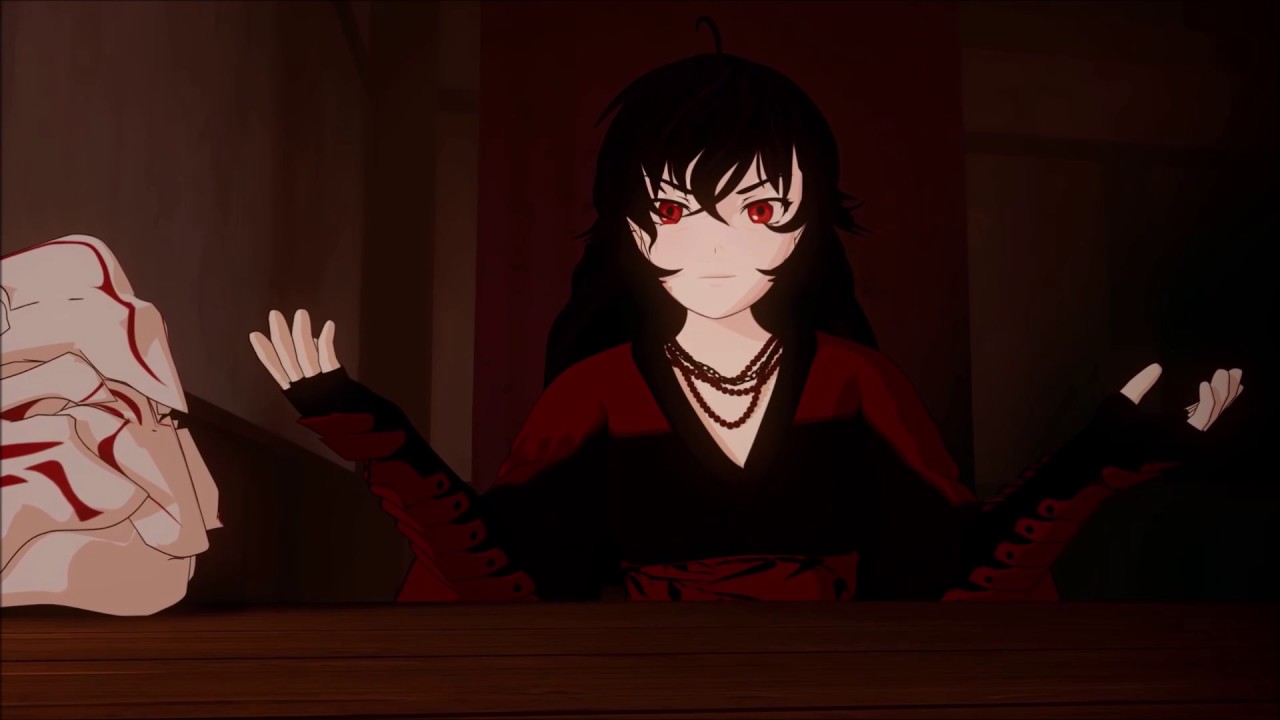 Volume 4 has to come in at the tail end here which is rough for the volume but this is more of a low key episode. We see Yang finally come to terms with not having her other arm anymore and it was nice to see the teachers off duty. I always like Yang as the really confident heroine so it was nice to see her get back in the groove. Meanwhile Raven and Qrow’s meetup was hype. We hadn’t known Raven too well by this point so any appearance was really appreciated. A lot of setup for future events occurred here. 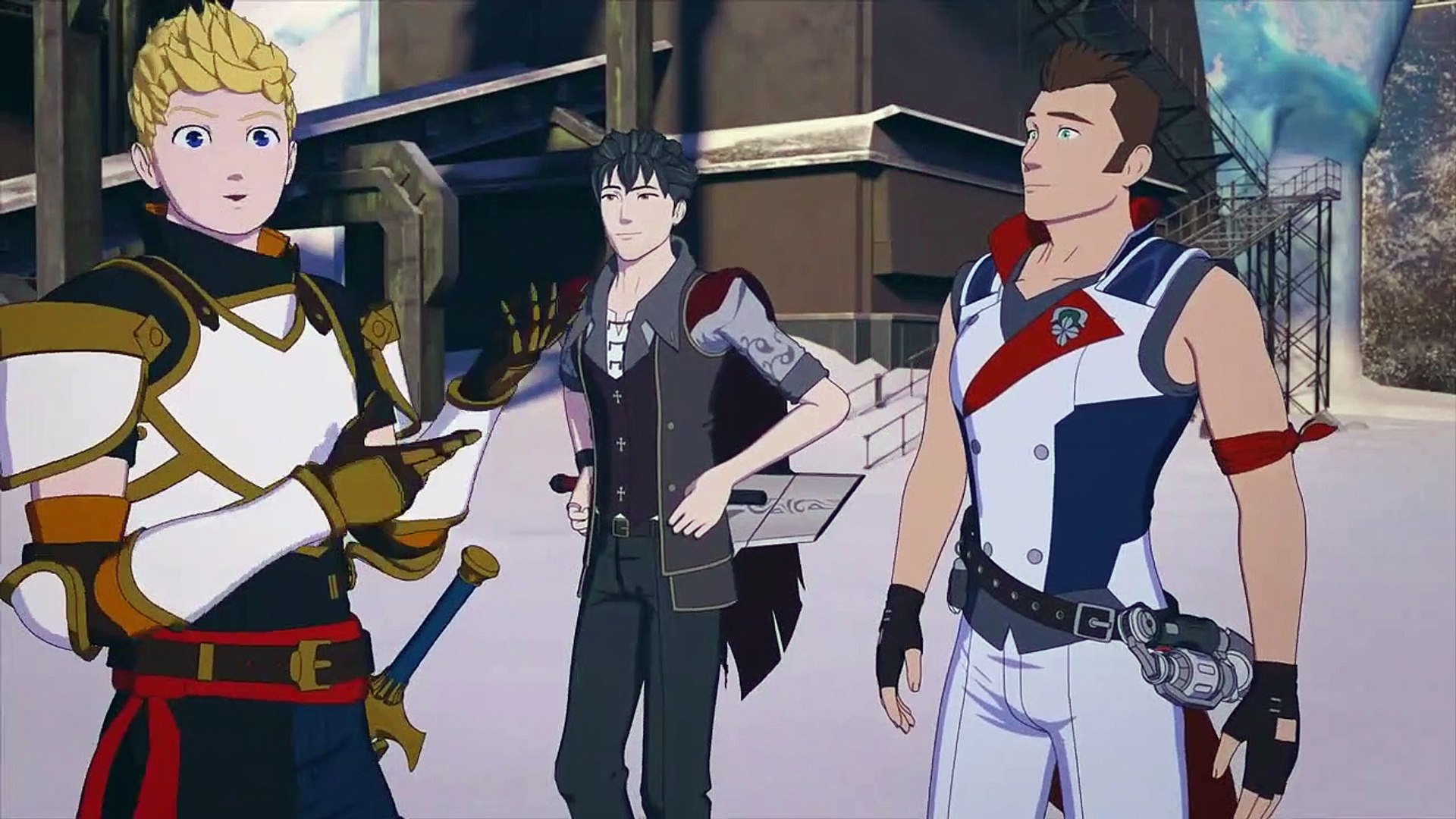 Finally seeing the heroes become fully official huntsmen was great. It’s been a long time coming after all and it was nice of Ironwood to have kept this in mind with everything going on. That said, I still think the heroes act a bit too in awe of the Ace Ops here. Cmon they may be reasonably tough but RWBY and friends have dealt with much more powerful fighters. We see here that the Ace Ops don’t even see each other as friends so naturally that was going to hurt them down the road. The episode is really more on the calm side but seeing the heroes finally get some real recognition was great. They’ve saved the day on many occasions after all. 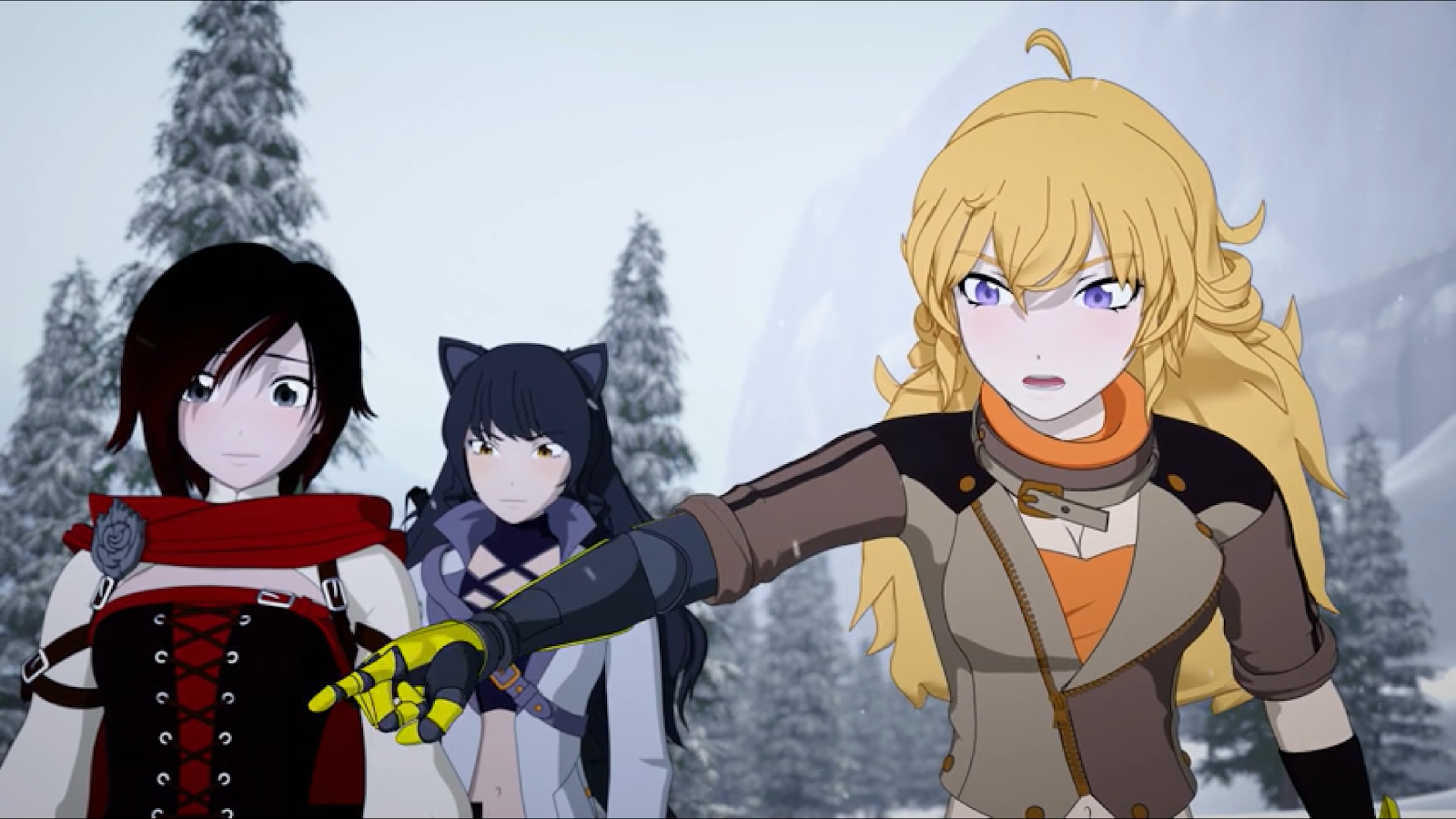 The cliffhanger for this episode is really what gets it a bit higher up. We have the heroes making their way to an abandoned village which has clearly seen better days. It’s a nice ominous way to end things off but otherwise this episode doesn’t have a whole lot happening. Everyone’s really upset at Ozpin for the fact that he kept more secrets and has no real plan. That’s probably the worst part of it because then he has been stringing them all along for ages without any big strategy. You’d think he would have thought of something over the years but I guess he just never got around to it. It’s a really bad look if you ask me. I was never a big fan of Ozpin but if I was then this would probably hurt even more. 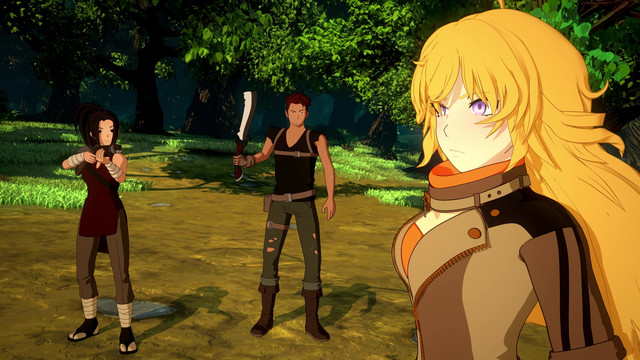 Volume 5 will always be the most nostalgic volume for me even if it isn’t my favorite one. That’s because it was coming out right as I first got into the show and so I kept watching the episodes over and over. It may be a dialogue heavy volume but it handled itself in much more interesting ways than Volume 4 so it stayed fresh. We do get a quick Yang fight in this episode though. While the speed of the fight is a bit on the slow side, the choreography is still on point and that’s what counts. It’s also nice to see more of Raven and we’re gearing up for the big conversation there. I also liked that Weiss was able to break free on her own and didn’t really need to be saved. Of course if Yang was not there then she would have been doomed though. 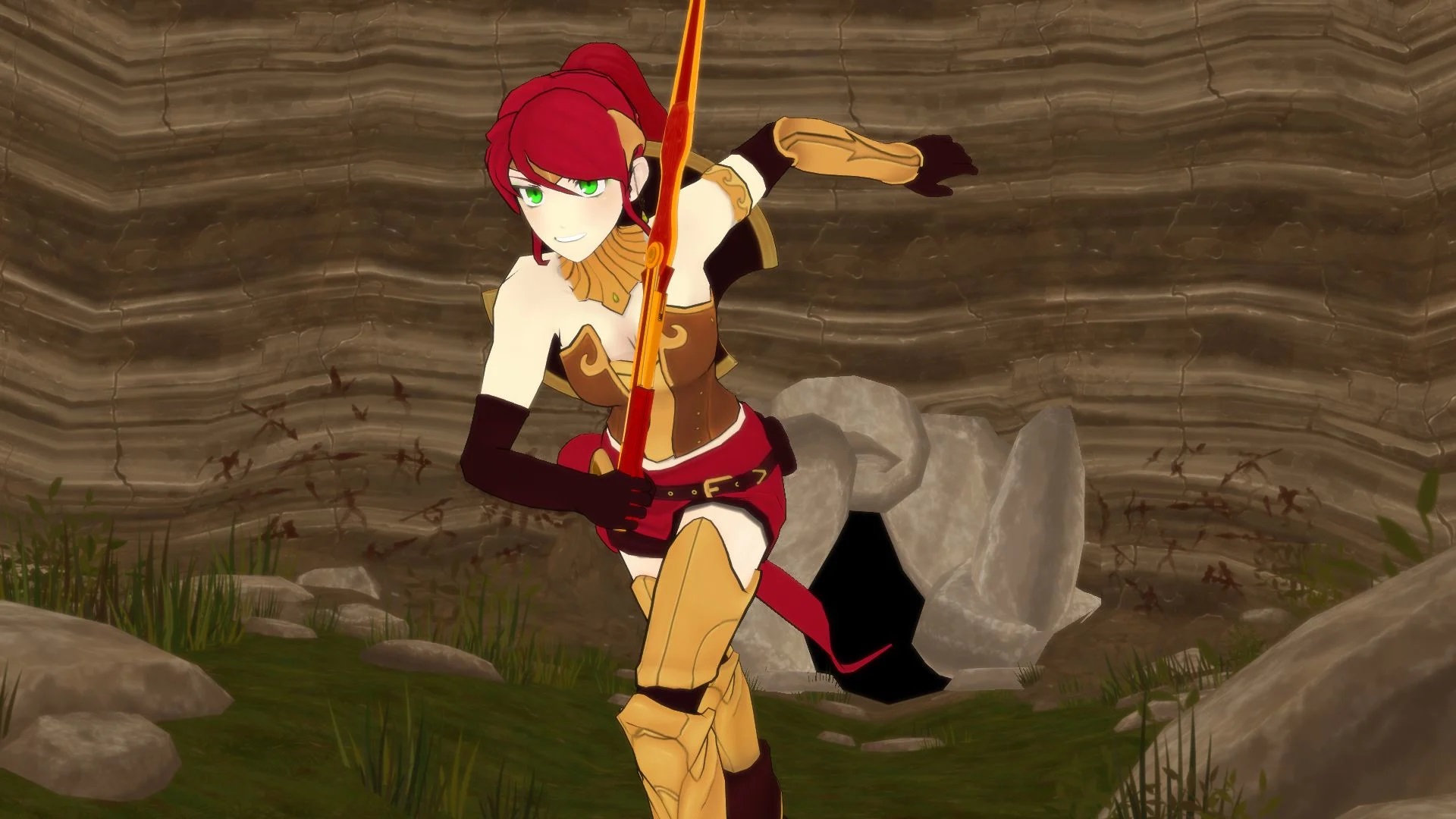 Volume 1 has some more fun gags with Ruby and Weiss having their differences. I do wonder where Ruby popped out from though, has she just been beating up on a bunch of Grimm off screen? Admittedly it probably is her fault about the trees burning down since she should have seen Weiss while zipping around. It also is embarrassing to be having so much trouble with normal grimm when individually they should be able to defeat them all with ease. We also get to catch up with the other teams like Jaune and Pyrrha so it was nice to see them. The episode has a good blend of story and action while covering a lot in a small amount of time. 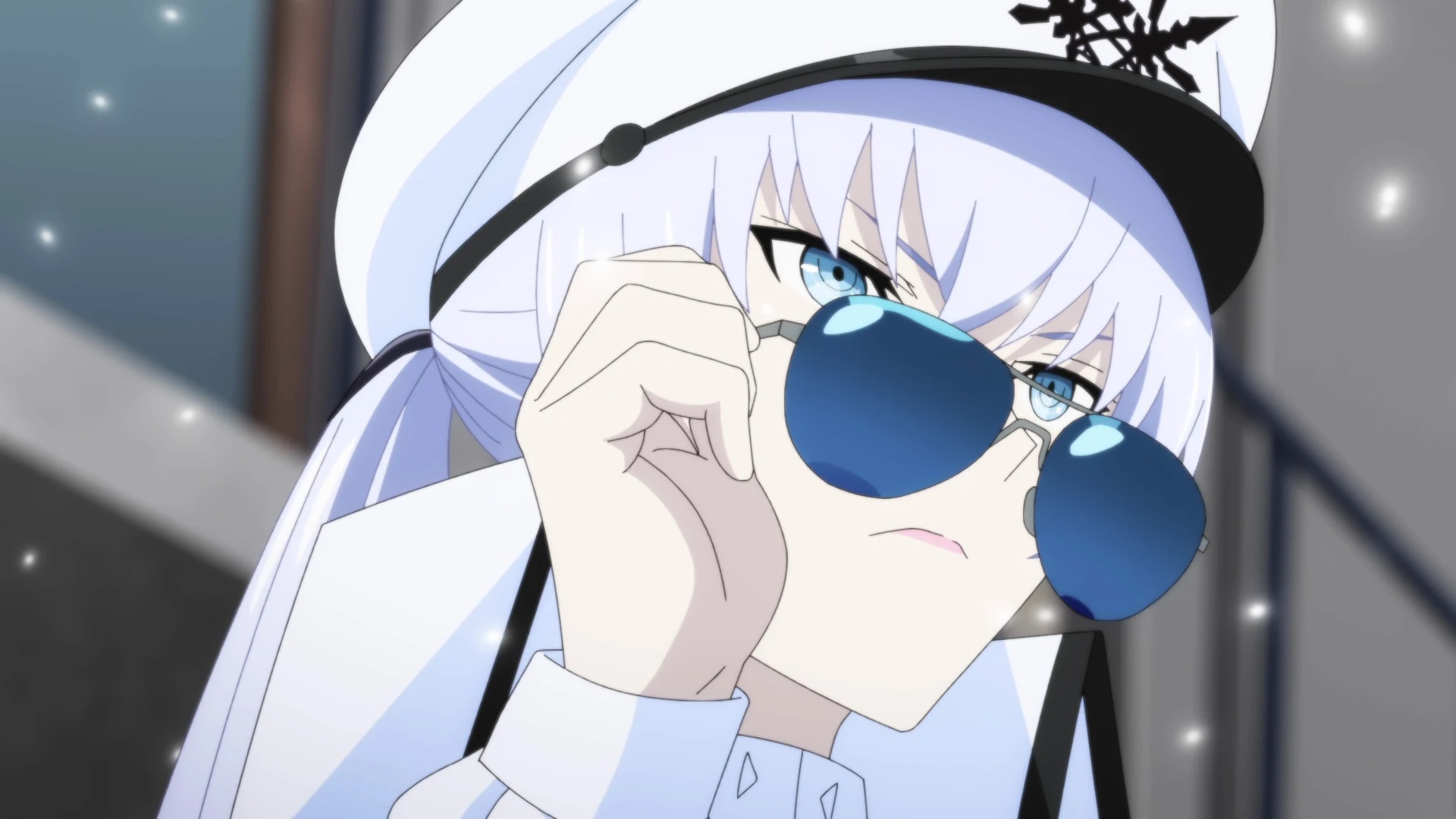 Now we’re entering the anime only original story and it works quite well here. We get a whole new environment and get to learn about Weiss’ psyche. It’s an effective way of showing her true thoughts the whole time without having to make it appear too forced or anything like that. It’s the right way to go about it. The visuals still look really good and actually getting a Ruby vs Weiss fight is something we’ve been waiting for throughout the franchise. The battle theme is also on point even if it seems like the show always uses the same ones. The lyrical moments are on point though and this show just continues to operate at a very high level. I’m eager to see how this plays out for the rest of the show. 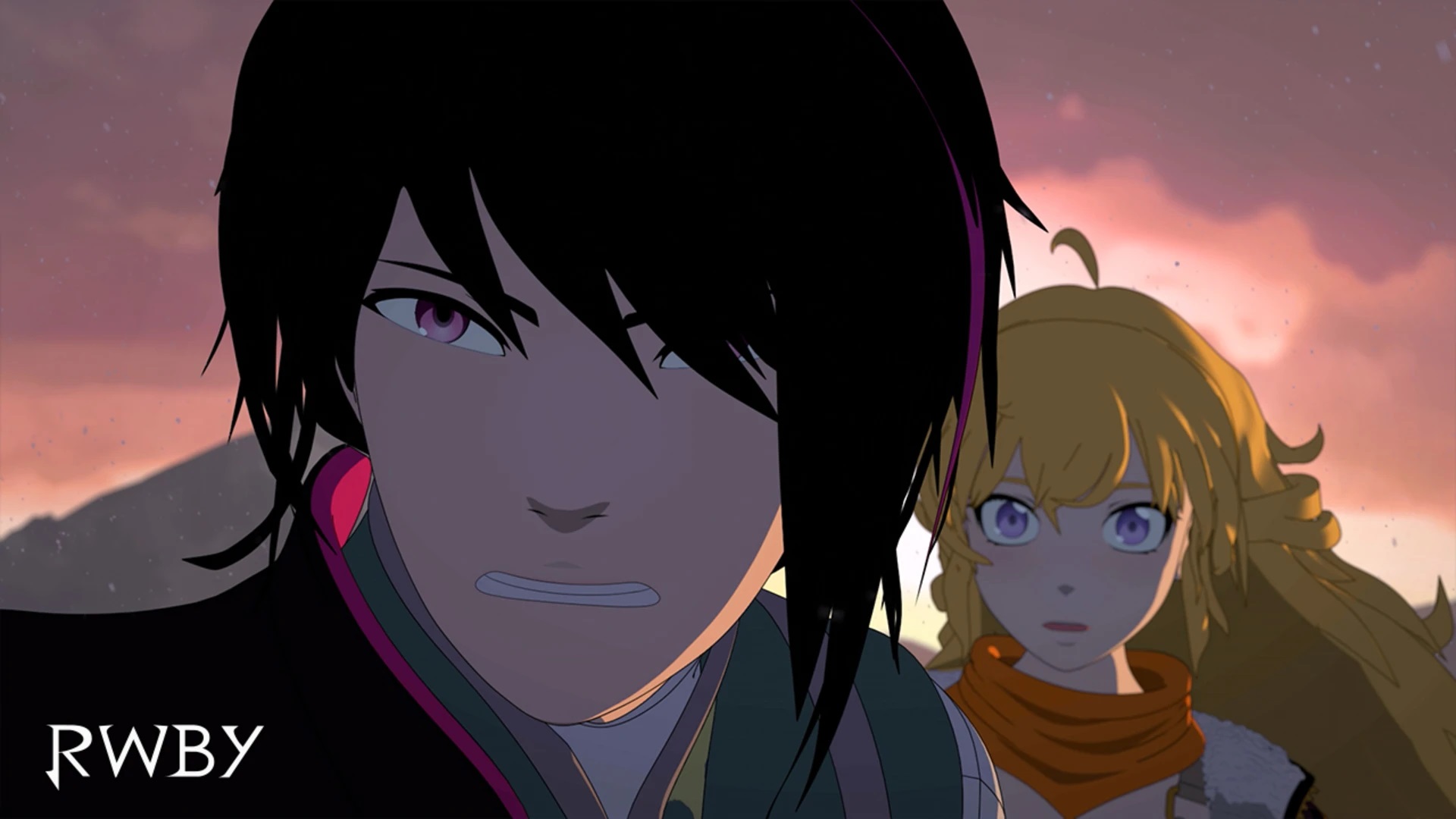 Volume 8 continues to go strong in this episode. We get a really tense chase scene where Yang and company are trying to save Oscar. Unfortunately there are just too many Grimm in the way and they can’t keep up. They tried hard though. Ren is annoying in this episode though as the guy blows up on Yang and does a lot of complaining the whole time but it’s all undeserved. He’s the one not handling things well and trying to push that off to everyone else. It’s not the right approach to the situation and he’s hurting the team unity. That’s playing right into Salem’s hands. This would begin his downfall as Ren never really recovers throughout the volume. Well perhaps his downfall began in volume 7 but I remember thinking this was a particularly bad moment for him. The actual episode is just too hype to have any lower though and the song during the chase was on point. 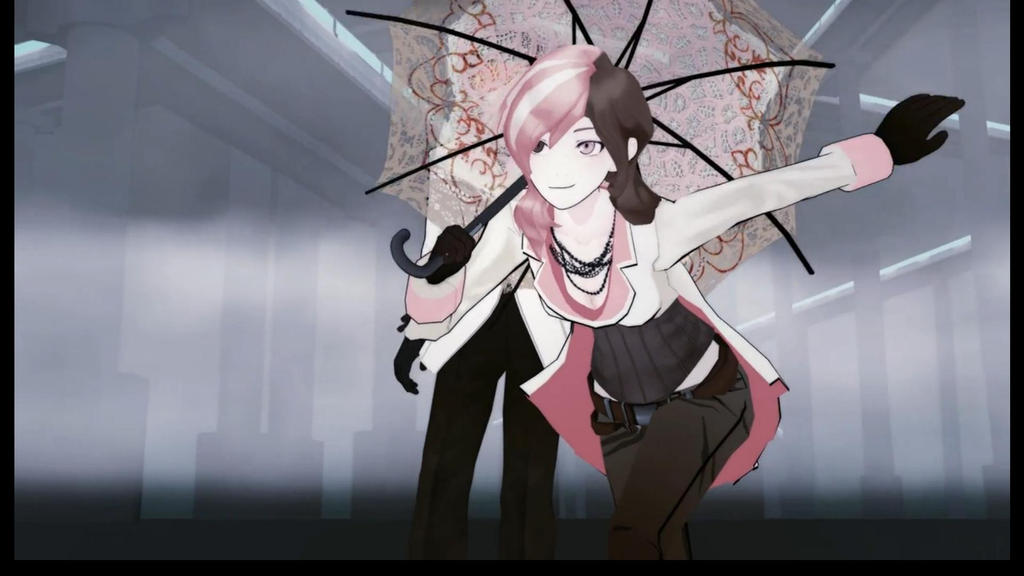 This was the first time we really got to see Team RWBY fight..well as a team. They used advanced combination moves and really overwhelmed Torchwick throughout the fight. It was nice to see the combos and as always I liked seeing Blake and Sun team up here. I miss when Blake was the very rebellious one who was always leading the charge like this. She is really at her best here and Sun has always got her back which is great. Neo’s debut appearance was also exciting and seeing the bar from Yang’s trailer was a nice callback. It reminds you why you definitely don’t want to be skipping those trailers. The lyrical song that played during the fight in the episode was also masterful. 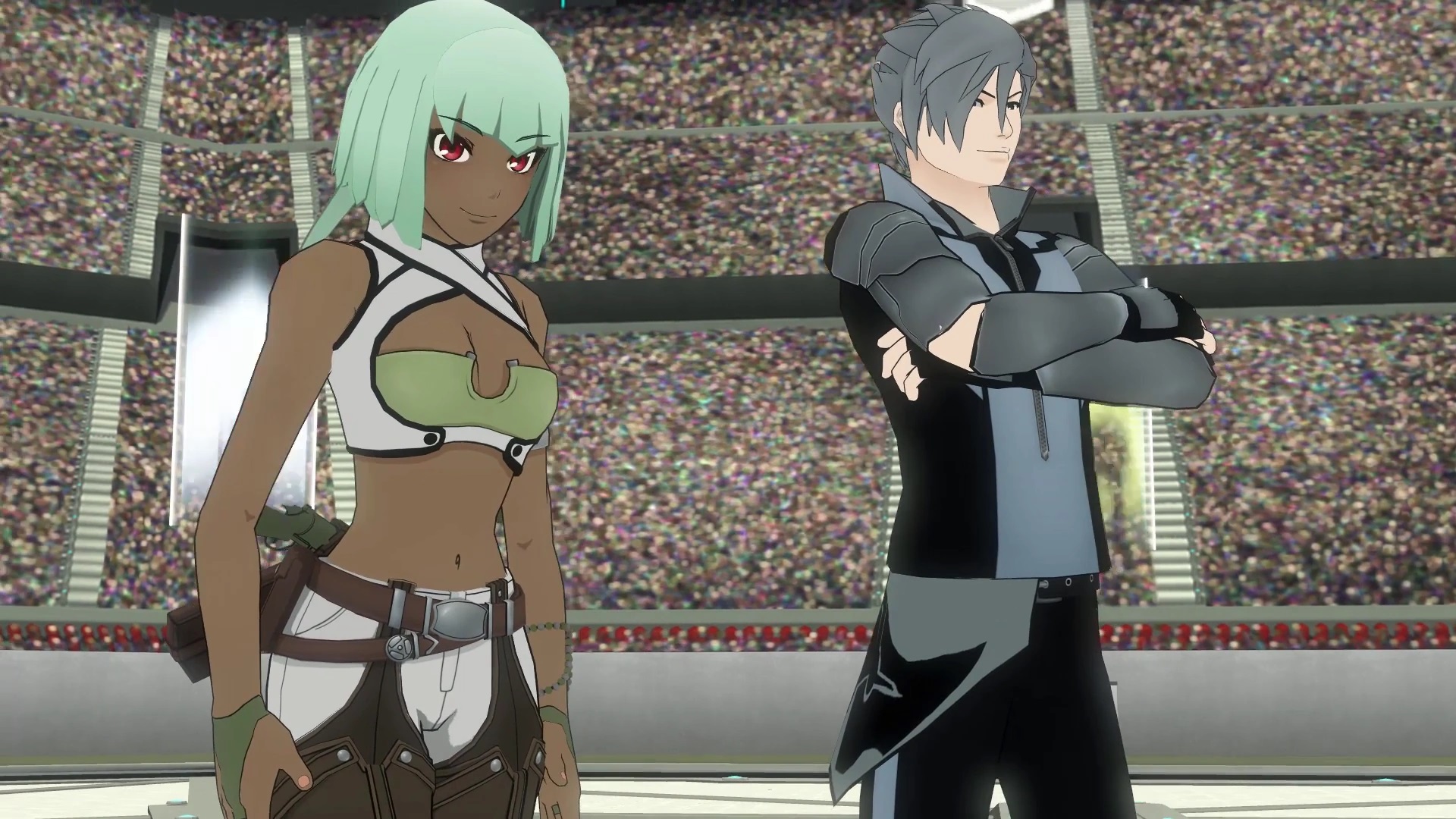 I have to admit that I was not surprised to see this one at the top because Volume 3 is full of stunning fights. This one had us finally see Mercury and Emerald get their first action scene. Considering that these villains have been around for quite a while, it’s something that has been a long time coming. What better way to show off their skills than to beat some of the most experienced students in the whole school? They won so easily too that it really made a statement too. To this day I’ve watched the fight many times over. The trash talk is also excellent.

That wraps up another comparison list for the RWBY episodes. Some more shake ups here but at the same time Volume 3 is still dominating so things haven’t fully changed yet. That volume was just so epic though, it really set the tone and pace for the series going forward. A lot of fun moments here though and it’s always nice to revisit the series. Will Episode 5 start to turn the tables? Well we’ll definitely find out soon! That said, the best comparisons will probably be once we hit the climax because every volume always ends with a bang with no exceptions. Measuring which climaxes were the best will be the exciting part.