We’re getting closer and closer to the midway point of the seasons now! By this point you expect that some good action is probably happening or if not that things are getting close to that point. Will that be enough to shake things up or are we looking at something similar to the episode 4s? Well now it’s time to find out so lets dive in and see how it all shakes up. 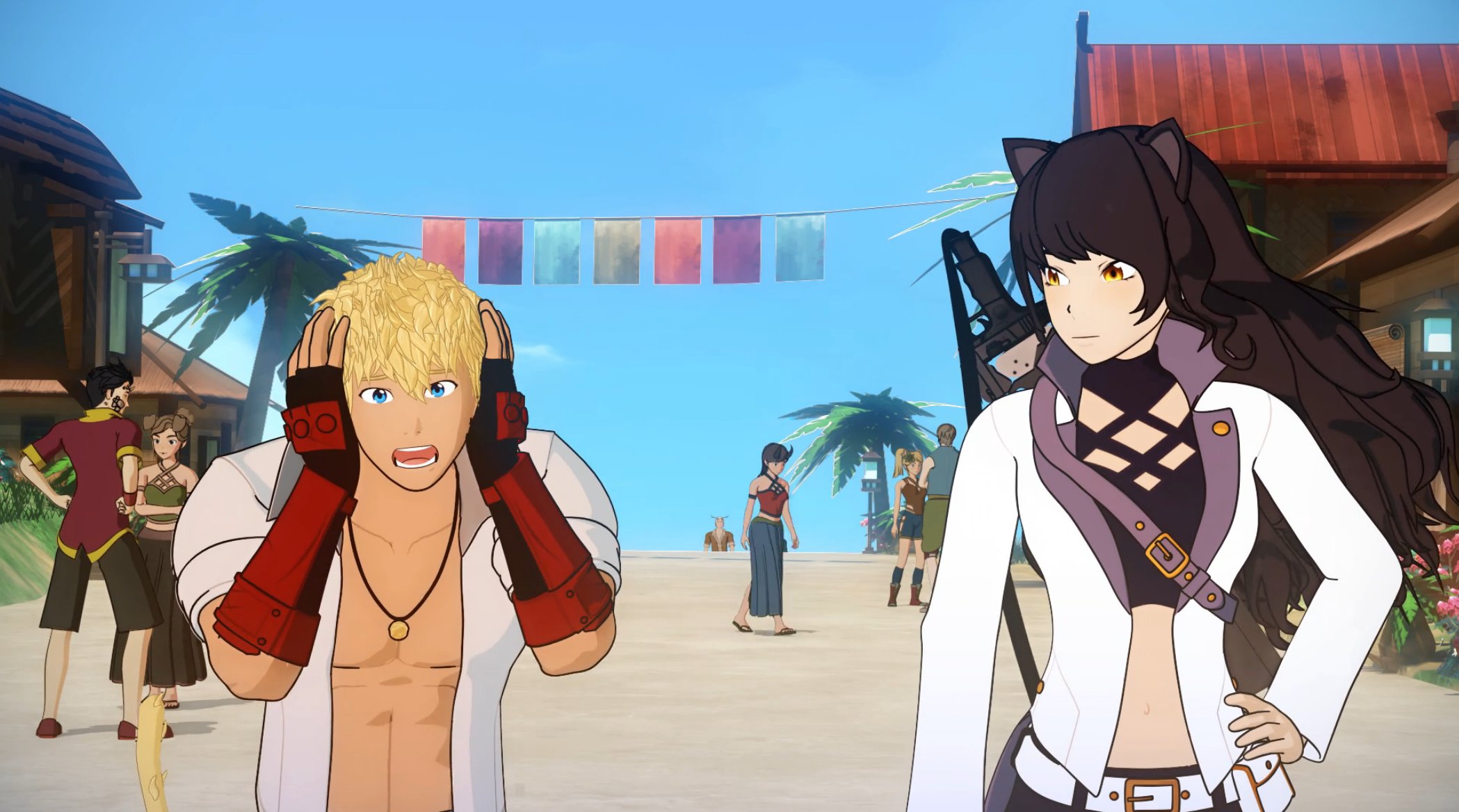 I liked the synergy with volumes 4 and 5 as they both deal with the Blake plot and naturally continue into each other. This time Blake finally arrives on the island but her father seems to be doing business with the White Fang which is a red flag. Of course they claim that the White Fang is actually not evil and Adam just has a splinter group but of course that’s not very convincing. The episode ending confirms that everyone is working for Adam although we already knew that. Without any real big subplot to add to this the episode naturally doesn’t rank as highly as it could. 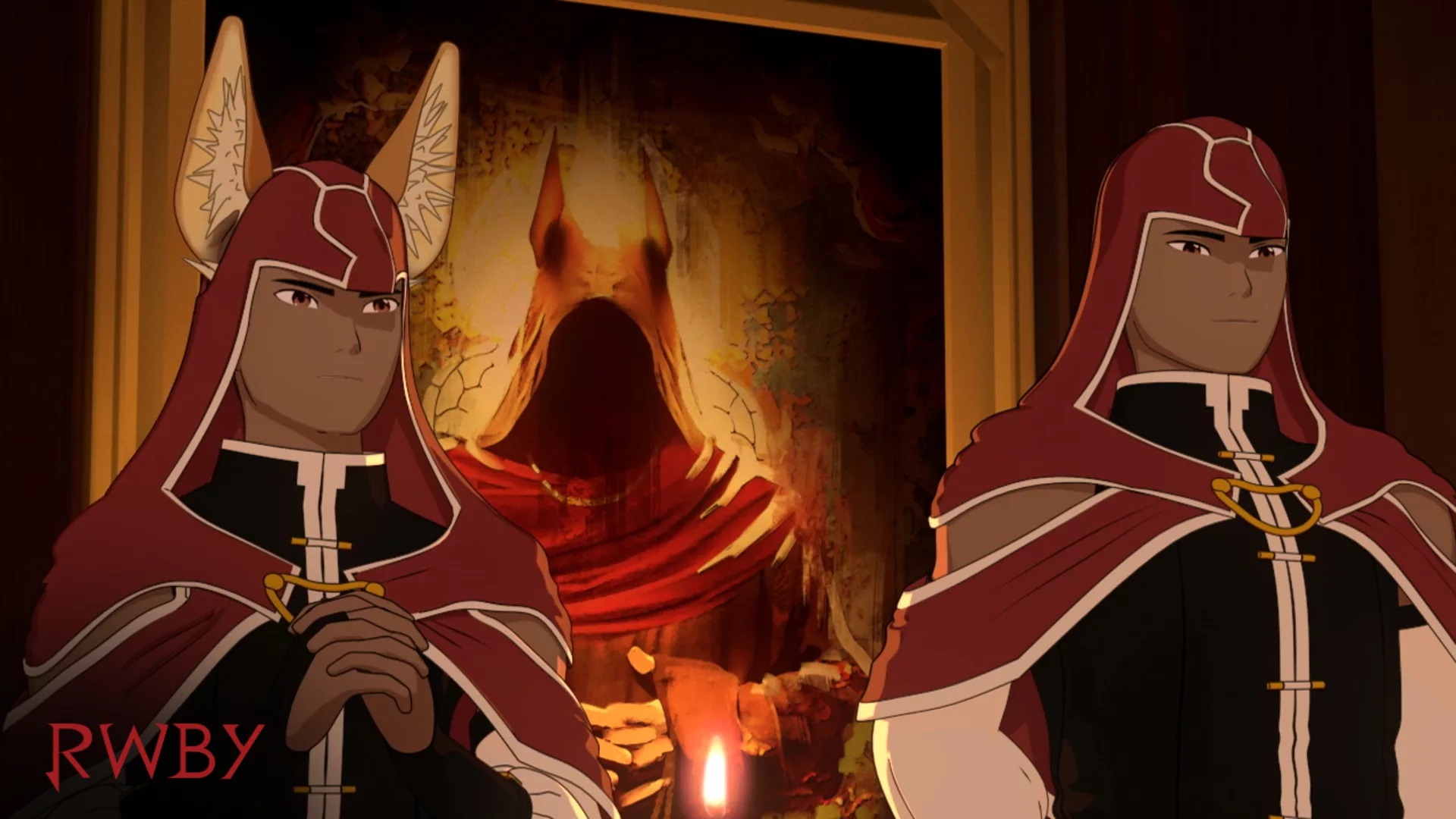 Volume 5 mainly focuses on Blake and Sun as they try to recruit more Faunus to their cause. It isn’t easy though and it’s easy to see why as joining in would be dangerous and throw you into a fight that you fee isn’t your problem. They would have to leave the safe island to go out and fight to protect someone else which isn’t the most appealing prospect for the masses. Adam also gives his orders here and unfortunately I don’t think that was handled well. He’s panicking on a pre recorded video he sent to his underlings so why not do a reshoot since he lost control here? Unfortunately this would be the beginning of the end for Adam and I definitely was not ready for it. Seeing Adam was cool to further the plot but otherwise this was a very low key episode and the conversation with Blake and Sun wasn’t the most engaging. I can’t say I’ve ever experienced Blake’s tendency to use a word to represent each person. As for the subplot with Oscar, I thought he was a bit unreasonable in yelling at Ruby and panicking. She’s got enough on her mind as it is so he needs to calm down. 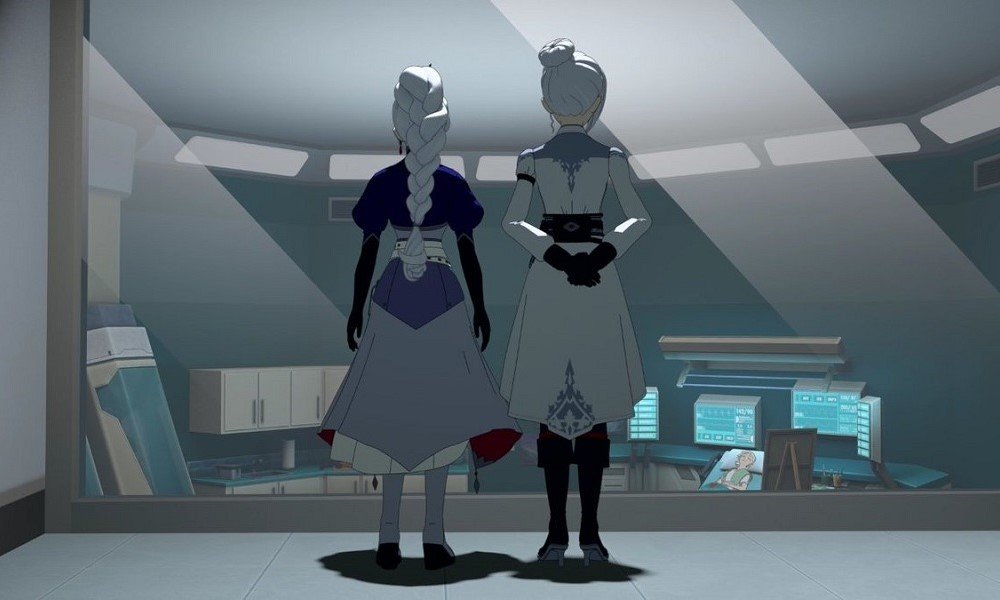 In Volume 7 we’re focused on trying to get the parts over to Amity Arena so that the world can be told about Salem. It’s a bit ironic that in episode 5 of the very next volume the heroes would succeed only Ironwood has been thrown out of the equation now. This was Robin’s first big appearance and it’s a solid debut. This would ultimately lead to more of a disappointing conclusion for her character but regardless this is how you make an entrance. If Penny wasn’t there then I think Robin would have actually tried to fight. Sure, her team would have gotten absolutely rocked but that fight would have been nice to see.

You can also sympathize with her because from her eyes this does look like more government corruption. Why would Mantle resources be going somewhere else when her district absolutely needs it for survival? Not the best look for Atlas but things are often looking rather shady on their end. Definitely more of a calm episode all things considered though. We do get to see Team neon for the first time in a while though and having them fight Jaune and pals was cool. At this point they wouldn’t stand a chance against the main team so putting them up against these guys was a good play. It’s a fun training battle and we don’t often get to see the heroes training a bunch here so all of those scenes in Atlas were fun. The ending is also a solid stinger as Salem gets ever closer to the heroes. 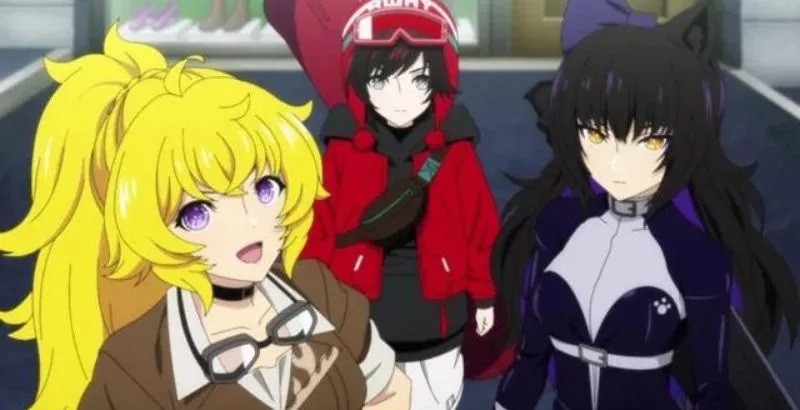 Ice Queendom comes back with another big episode as we get to see Weiss square off with Blake this time around. Ruby’s first mission didn’t go great so she brought Blake and Yang this time around but Yang was stuck on decoy duty for a while so it’s more about Ruby and Blake running around. I do like that Yang is a bit more no nonsense about the whole thing and doesn’t mind taking shots at Weiss here. That’s just her personality and it’s good to see her stay bold, it’s the Yang we’re used to after all. While the fight isn’t quite as good as the last one, the episode has a good mix of action and plot main for another solid episode in the saga. The dream world is certainly difficult to conquer. 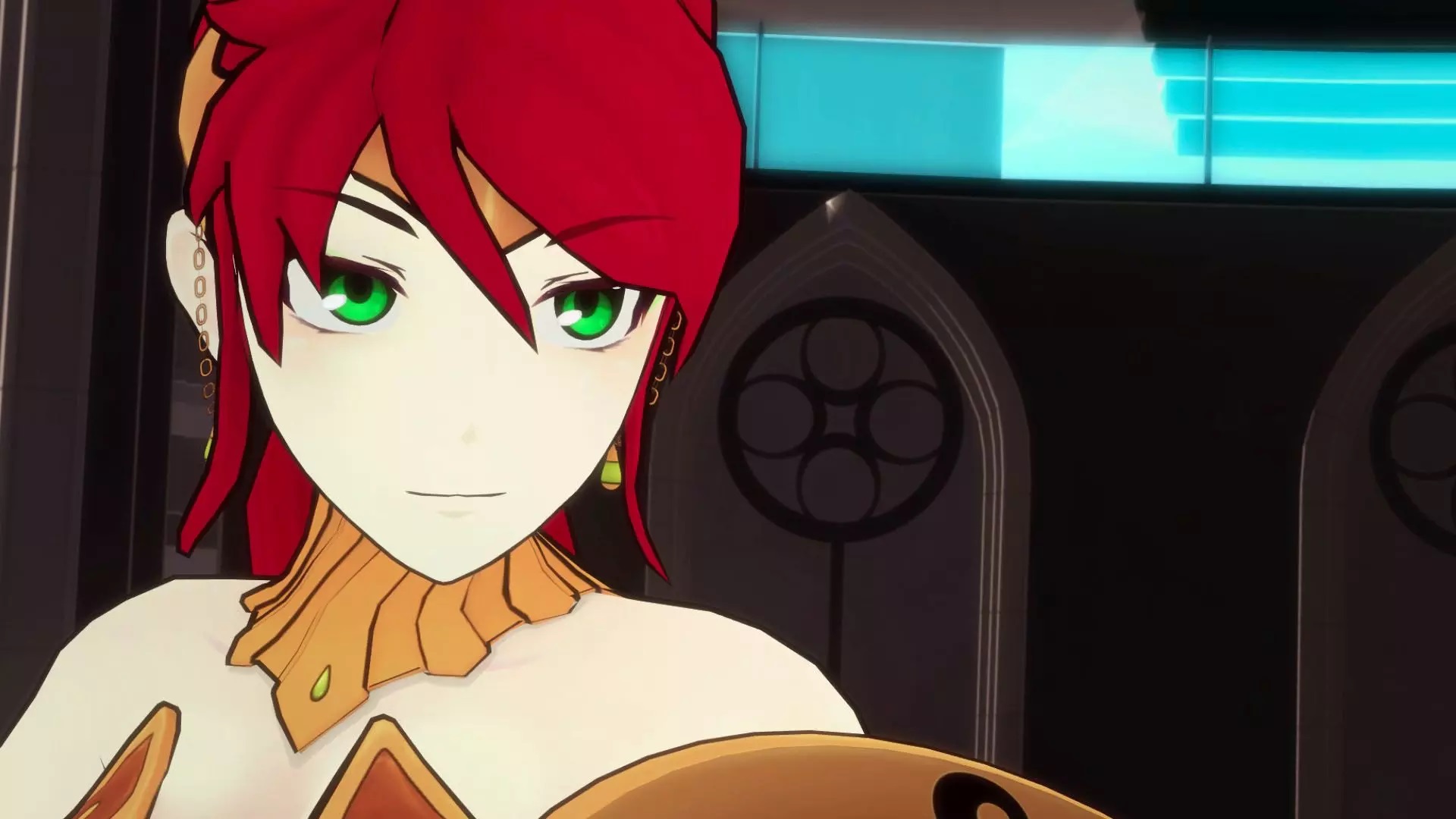 In Volume 2 we get to see a lot of good Pyrrha action which was good to see. Surprisingly Team Cardin is actually rather strong as they give her a good fight. Yes she beats them 4-1 so it’s a bit relative I suppose but their attacks looked good and they had a lot of teamwork. At the end of the day it’s good that Cardin isn’t a bully anymore because clearly he could still defeat Jaune if he wanted too. Meanwhile we also got to see Mercury fight a bit even if he only got serious for a second as part of the master plan. It was a good setup episode and throwing in some big fight scenes really helped to make the episode stand out. It was a really solid adventure for volume 2 and it’s always great to see how gracefully Pyrrha fights. It’s no wonder that she is considered to be s top prodigy. 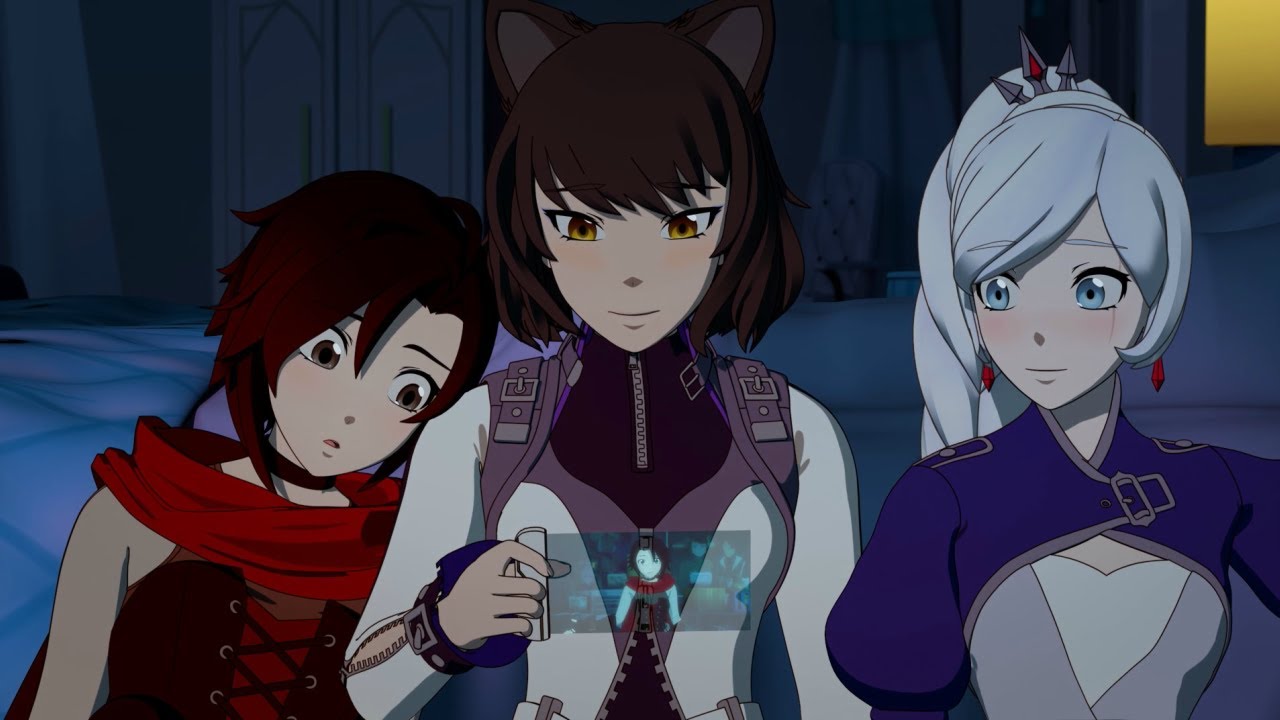 Volume 8 brings us our next big Maiden fight which is always exciting. The heroes finally have Amity Arena up and are ready to give their big speech but Cinder shows up with Neo and Emerald to put a bit of a damper on that. I have to say that I’m still a little skeptical of the grim reaper being able to not only hold off Neo but actually overpower her here. In her prime maybe, but now that she is an old lady? Yeah I don’t see that happening. I suppose it’s nice for her fans but it stretches disbelief just a little too much. It’s my only real issue with the episode though. Volume 8 continues to keep things operating on a high level and the plot is also very interesting. So while the fight is a nice bonus, the non action parts also hold up really well. Definitely another great episode to the collection. (How did Watts actually manage to steal that phone without being noticed though?) 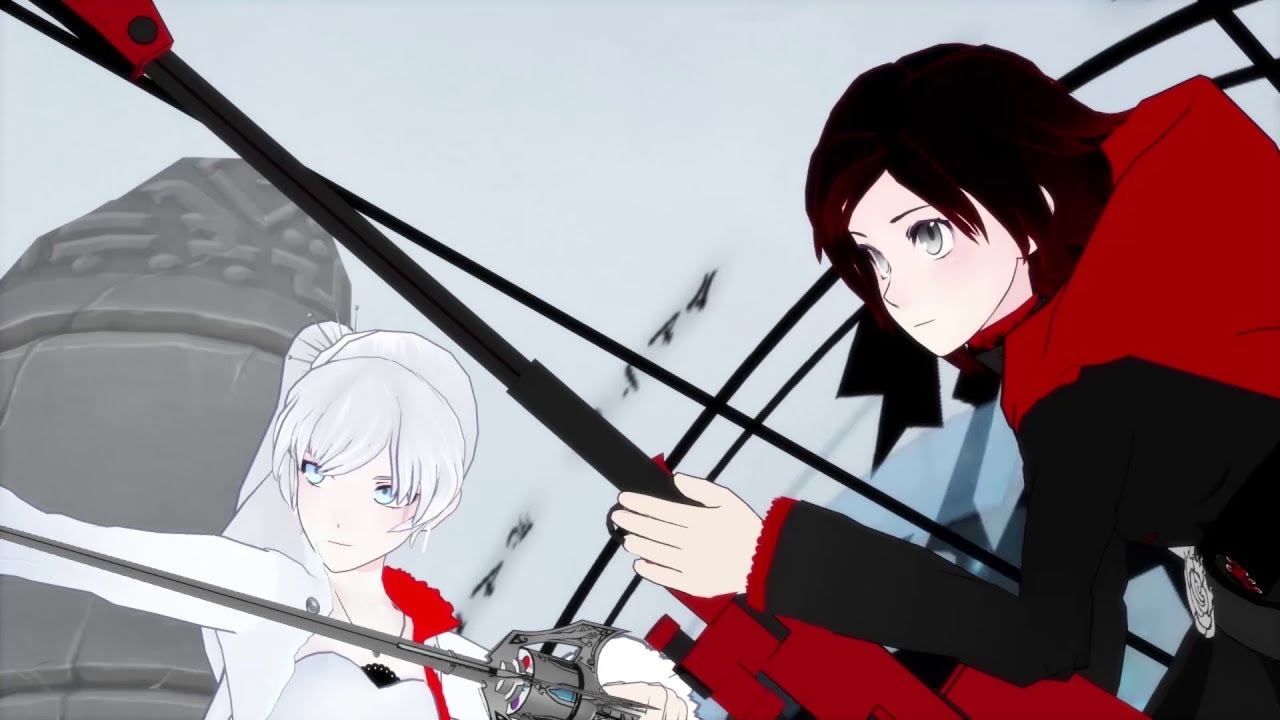 This episode finally brought in the famous Nevermore fight. To date it would not be a stretch to say that it’s probably the most well known fight in the series. It was the first time that the team all worked together and was really when the show started to show off what it could do in the action department. Yes the trailers had great action but the show itself hadn’t had too many action scenes yet. The fights hold up really well and we also got to see how all of the characters interacted here. This would ultimately be the launching point for the characters to become better and better. If the competition wasn’t so steep this could have even made a strong case for the top spot here. The song that plays during the fight is also absolutely top notch. 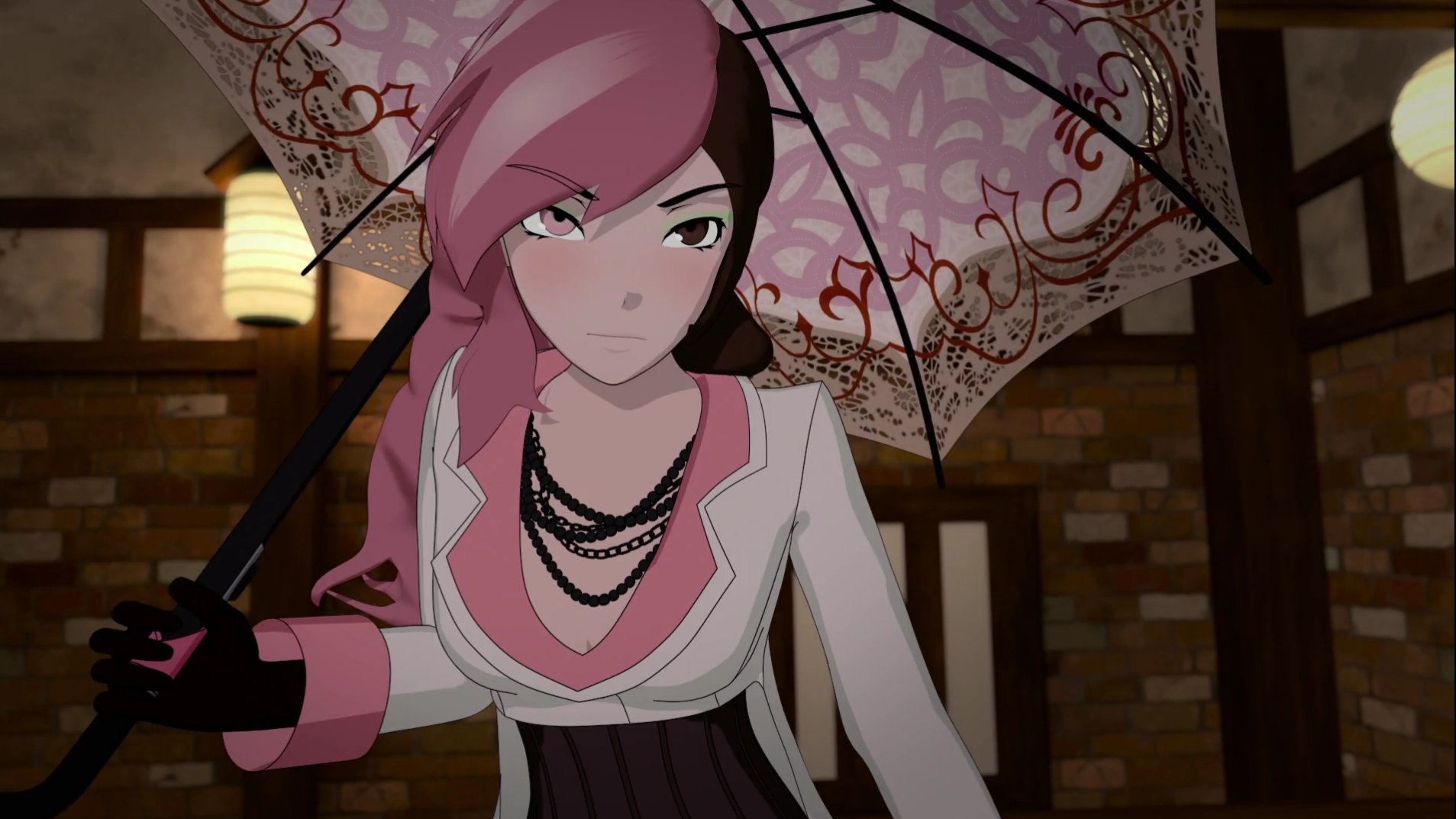 Volume 6 gave us the big Neo return here so you can bet that the episode is rather high up. I’d been waiting for this for an extremely long time and the episode did not disappoint. Seeing Neo hold her own against Cinder until the maiden abilities were activated was perfect. I always felt that in pure ability Neo had to be one of the best and her illusions are just hard to beat. They may be different from Emerald’s ability but are close enough to cause a lot of damage.

This led to the introduction of a new song that was great as well. In the other plot we had Ruby and friends go inside the abandoned village and the whole thing plays out a bit like a horror film. It’s all ominous with the snow everywhere and people dying mysteriously. The characters even seem to be getting weaker to its effects. While I think it’s a little less convincing with a bunch of professional fighters like Team RWBY to get nervous, it was a good way to build stakes. This time there’s not an enemy to fight (yet) but still a lot of danger in the air. 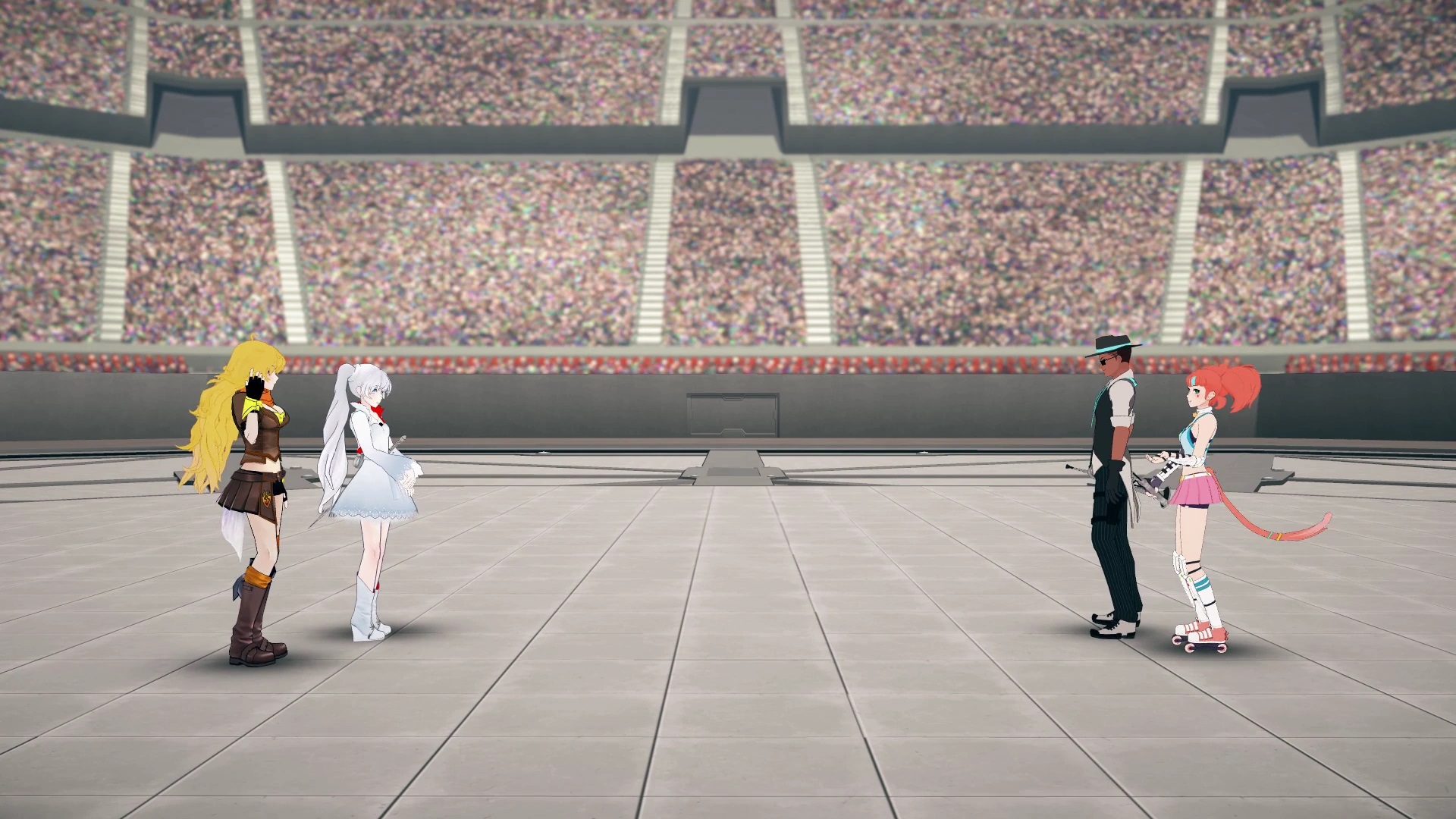 Volume 3 continues the tournament strong as Yang and Weiss team up against Neon. It’s rare to get tag team battle so I was excited to see this one. The choreography is absolutely on point as you would expect and the soundtrack for the fight is really good. It’s an excellent usage of the tournament since you get to see some new characters and abilities while building off of Yang and Weiss’s dynamic. They don’t really do many combos here but they were picked because they are the strongest. So seeing them have to struggle here and try to make a comeback is very effective. It shows just how strong people on the outside can be.

The most impressive thing for me was when Flynt ended up surviving the explosion that took out Weiss. Yang having to go through a 2 vs 1 was really intense and that built up a lot of drama. I was really impressed with the fight and it’s definitely one of the big ones to remember. Meanwhile we also got to see Penny’s team stomp the competition which should come as no surprise. She really is quite powerful. Not sure how strong her teammate is as we don’t see much of her but I can’t say my first impression as a character was great. She seems a bit rude for no reason.

Well that’s a wrap on all of the episode 5s. We had a solid amount of combat episodes here and some good setup ones as well. We’re now seal enough into the series where you certainly expect a lot of action to be settling in or if not, that the plot is well underway and a lot is going on. This will only become more and more apparent as every volume has an intense climax. I’m definitely ready to see how they all stack up!