Now this is where things get really intense in the RWBY journey. We have one volume that ends here and then most of the others are already deep into the action as we approach the climax. I really had to think hard about some of the placements. You can’t go wrong with RWBY episodes of course but this is where each volume gets a chance to have the best climax ever. Lets see how it plays out. 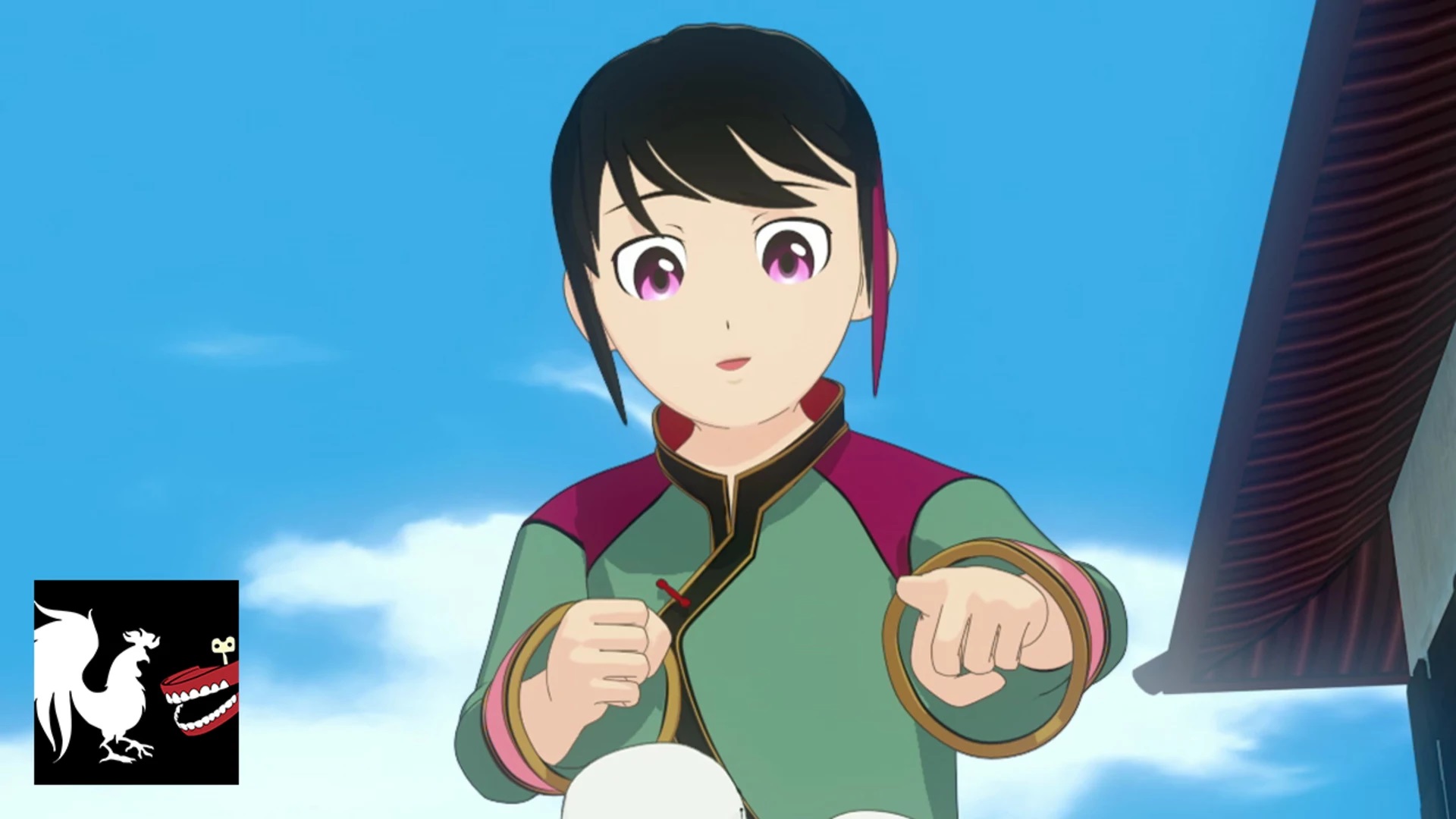 Unfortunately for Volume 4 it’s stuck with a flashback story for this episode so it was going to be hard to keep up. It finally shows us Ren and Nora’s origin stories in the village and how they got to be so close. It’s a pretty solid story all around and in a way Nora was responsible for destroying the whole village with her negative emotions so you get more context for why she is so happy in the present. It’s likely why Ren began holding his emotions in check for so long as well. These were skills that they needed to develop just to survive. The ending begins to set up the final fight for the volume. 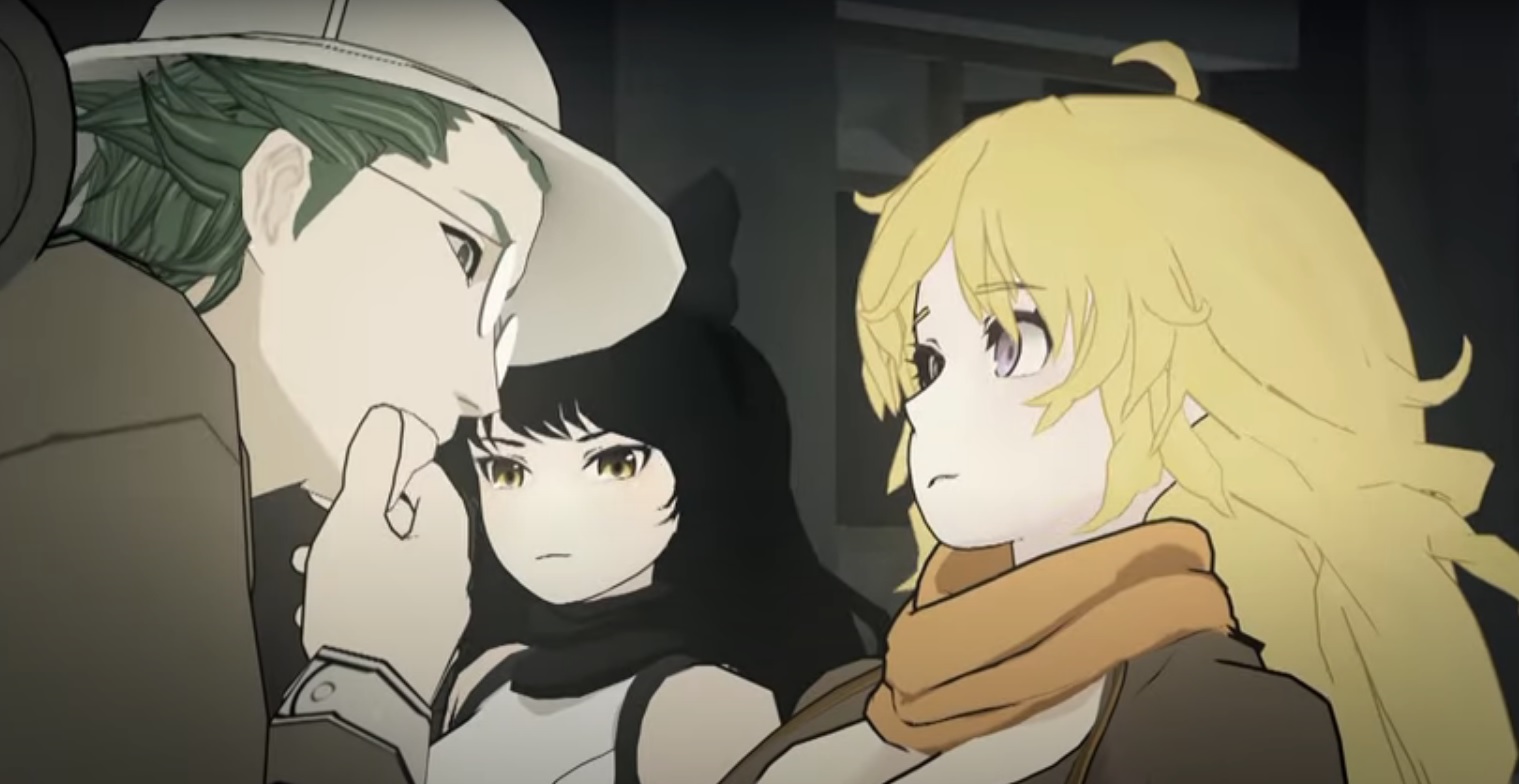 In this episode we get closer to the end of the mission for Team RWBY. Unfortunately their fearless leader Ruby is kidnapped by the White Fang so the others have to try and find her quickly. It’s a good set up episode and it shows just how powerful even the average grunt is as he tanks Ruby’s punch with ease and keeps on going. I know Ruby isn’t the best fighter but taking her hit like that is impressive. While not explicit, I’d say it further underscores how Faunus do have natural super strength and speed. 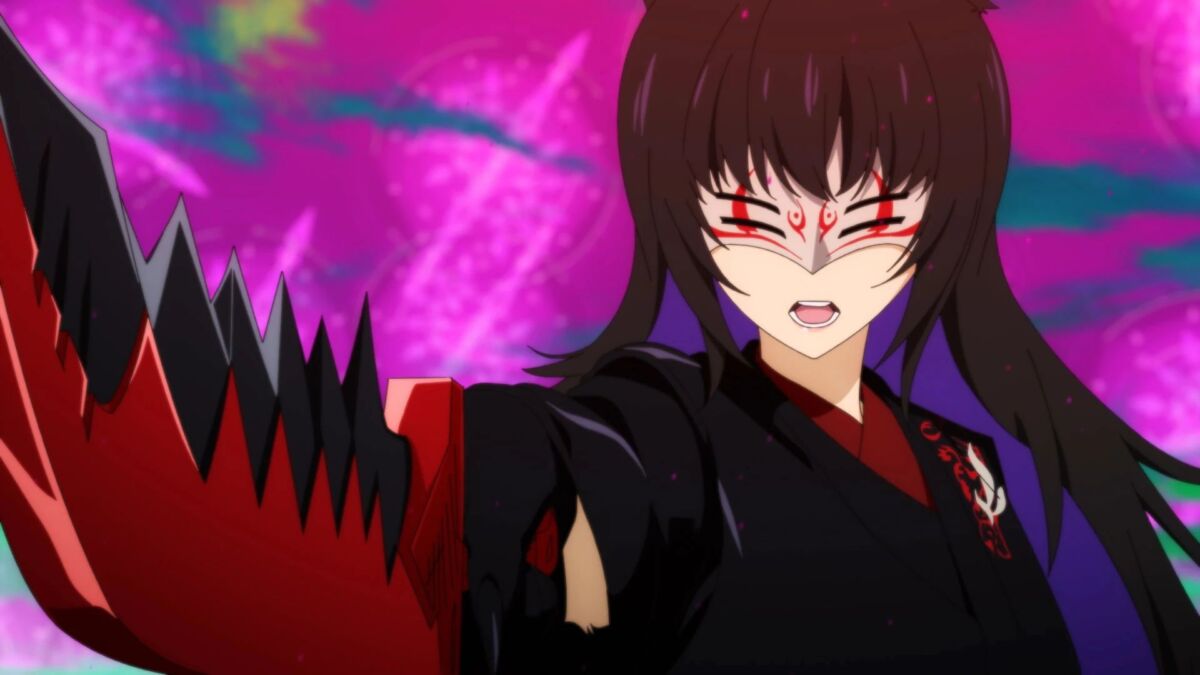 Ice Queendom is getting closer to the end now as we begin the big Blake vs Weiss fight. This episode spends half of its time showing us what led to Blake embracing the powers of darkness and then the second half continues us from where it left off. It’s definitely a very risky plan and one that I’m not a fan of since letting yourself be controlled can really not end well. I’d say just going up there and winning in fisticuffs would be the best way. Try a sneak attack to get the rapier away from Weiss or something like that. Beyond that I enjoyed our classic divide and conquer approach as each fighter will be going up against a different opponent. With better animation I dare say this could really be a top contender but I did enjoy the Weiss and Blake clashes regardless. Seeing Weiss immediately realize that something was up with Blake was also nice to show that she isn’t totally gone yet. 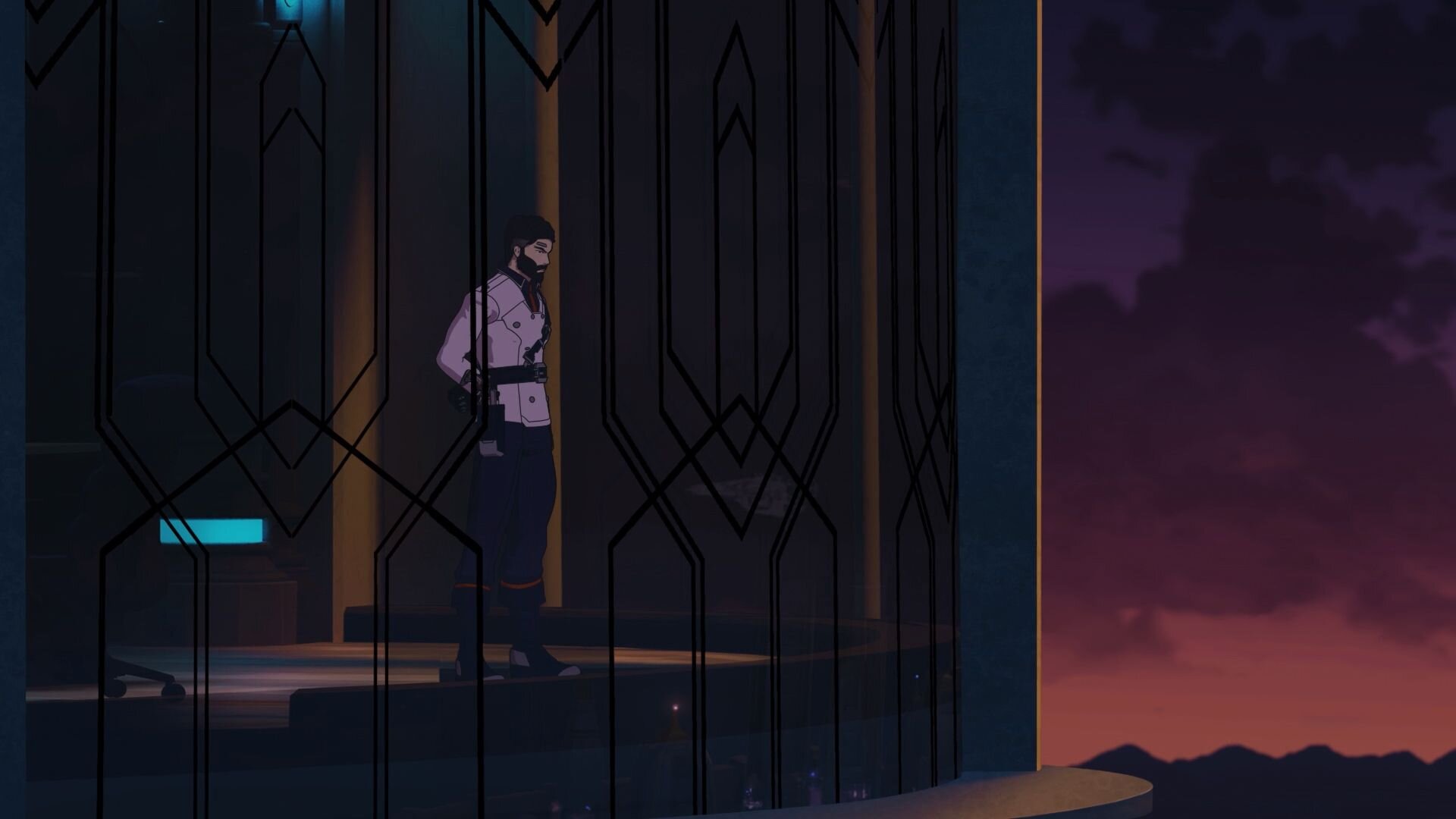 Volume 8 is quite busy with a lot going on and this episode is no exception. We see Ironwood slowly start to realize that even Winter may be against him now and goes full villain mode. He even has the shady lights on for his video so he can look extra sinister. At this point he’s lost his marbles completely as he is even willing to take hostages and threaten an entire city. The old Ironwood is long gone at this point which is a shame but it makes the heroes’ job easier since they can just take him out with no regrets now. In the other plot we see the heroes slowly getting ready to have Emerald join the fray. You can certainly understand why as she did cause a lot of damage back in the day but it’s also certainly true that her semblance will be extremely handy in a whole lot of circumstances. 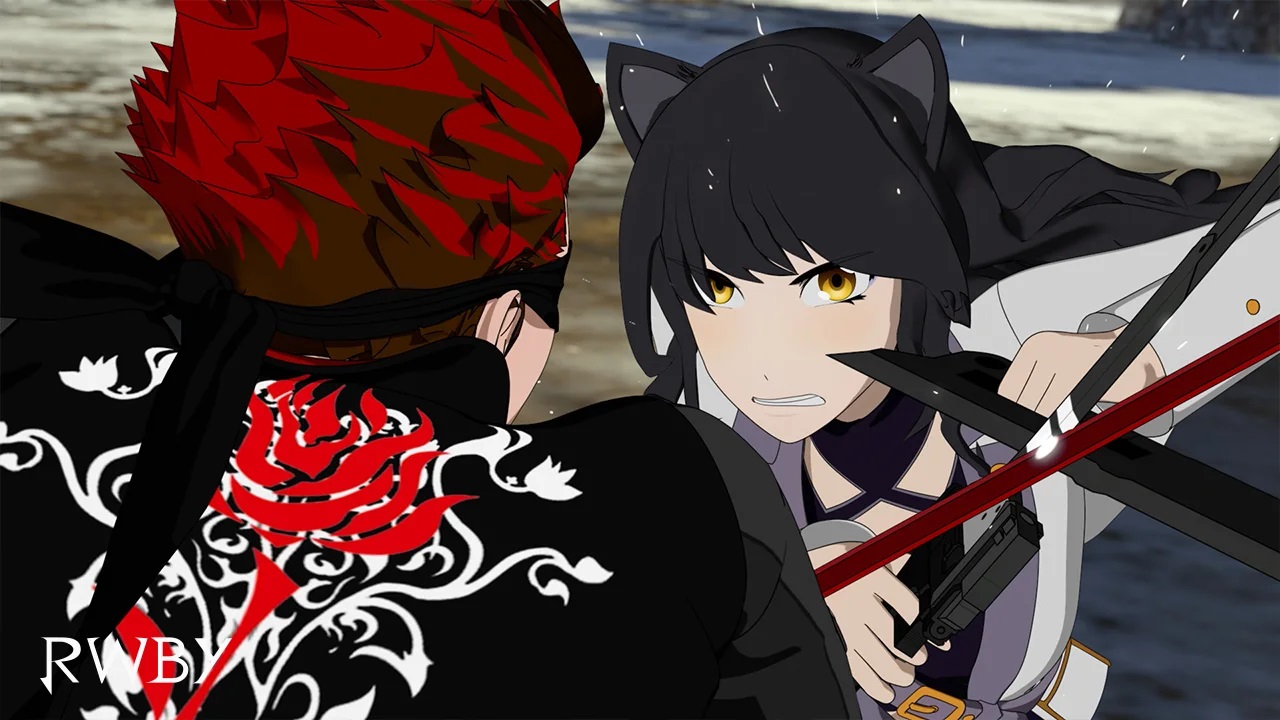 The main part of the plot deals with Cordovin as the heroes still have to try to trick her to get through to Atlas. Unfortunately this doesn’t quite work so they get ready to fight with her mech. The true hype begins with the subplot as Adam finally returns to fight Blake. Volume 5 dropped the ball with Adam’s power level so here he finally appears as a big threat again. I remember being excited to see this fight because Volume 6 had taken the fights to a new level and the brief part of the fight that was in this episode definitely lived up to the hype. It was an excellent way to set up the next episode and so all around this was really solid. You feel like the mech isn’t a threat but Adam balances that out nicely. 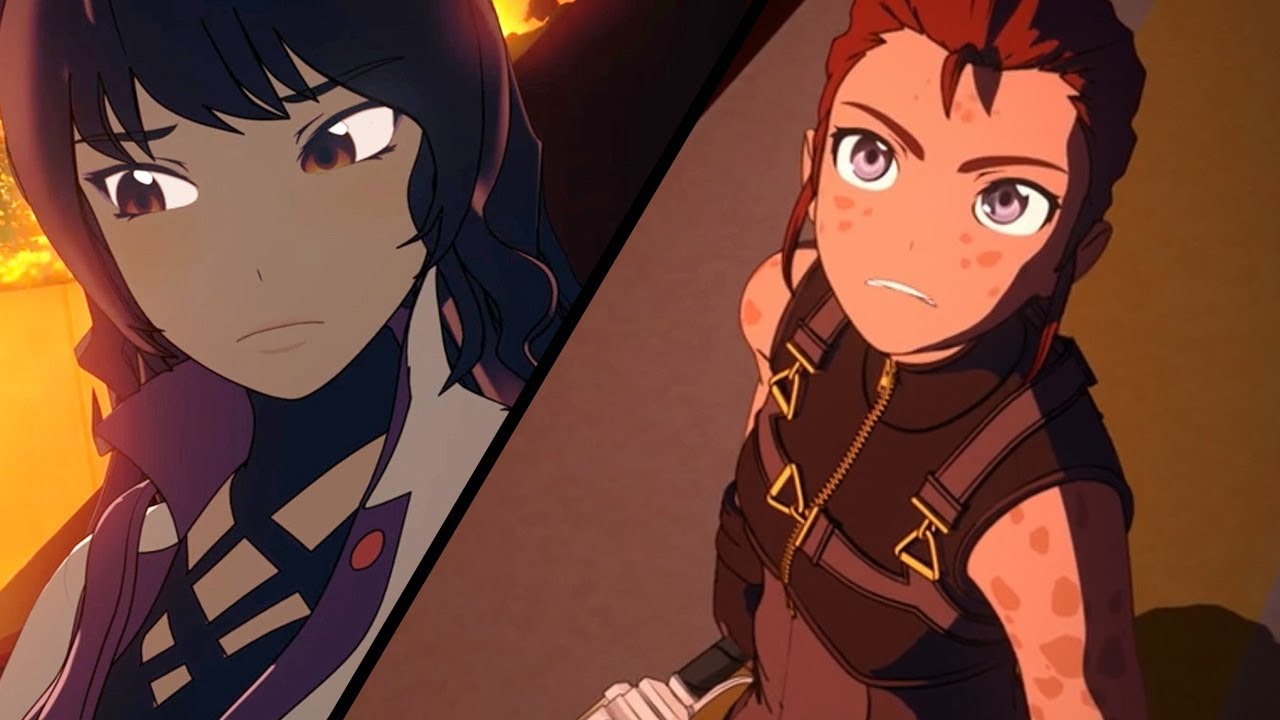 This episode has Ruby ask Ozpin some tough questions but you’re still waiting to ask about the silver eyes. In the meantime we do get Blake’s big climax fight against Ilia though. That fight was a lot of fun and had good strategy throughout. The episode showed that Sun’s still more powerful as he took Ilia out easily but Blake has come a long way and she was also trying to get through to her opponent emotionally as opposed to just going for the win. I may have had issues with some of the Volume 5 fights but this one was really done well and can hold up with the others nicely. 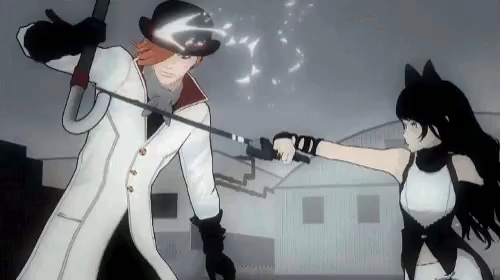 This is it, the end of Volume 1! It feels rather early to have a final episode just yet but as the first season it makes sense that it was a bit shorter. Everything wraps up nicely here with Blake getting to confront the White Fang and Team RWBY getting back together on good terms. The fight with Torchwick was excellent and it reminded you that he is still a pro fighter. So Blake losing did make sense although Sun actually holding his own and even winning was really impressive. At this point he and Yang both appear to already be close to pro level or at least above the average student. This was the episode where I really became a big fan of Sun and would look forward to all of his appearances.

Blake was also at her best here and I was glad that Weiss finally got over her issues with Blake. There was a lot of great action and emotional beats in this episode. Naturally there was a scene after the credits as well to hype up season 2 and introduce Mercury and Emerald for the first time. You can’t ask for much more than this out of a season finale. It’ll return when I compare all the final episodes for the series but in the meantime the rest of the RWBY rankings won’t have Volume 1 included so at least it ends on a high note. 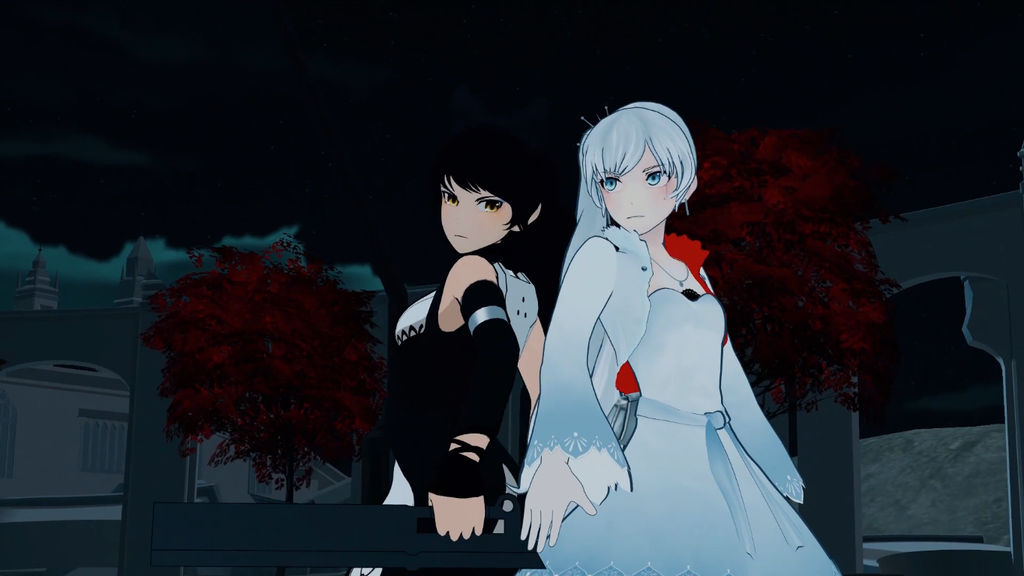 The big attack by the villains continues in full glory in this one. They’ve still got the upper hand across the board even as the heroes try to get some control back. Blake is really close to meeting up with Adam now and Ironwood gets a really good moment here. One of the things Volume 3 really nailed was that feeling of desperation the whole time as the situation just kept getting worse and worse. Even to date I don’t think there has been a tougher time for the heroes of RWBY than in volume 3. The action scenes are all really great as always but the true standout here is just the atmosphere. You knew that this wasn’t just any normal fight but potentially the final war for all the characters. 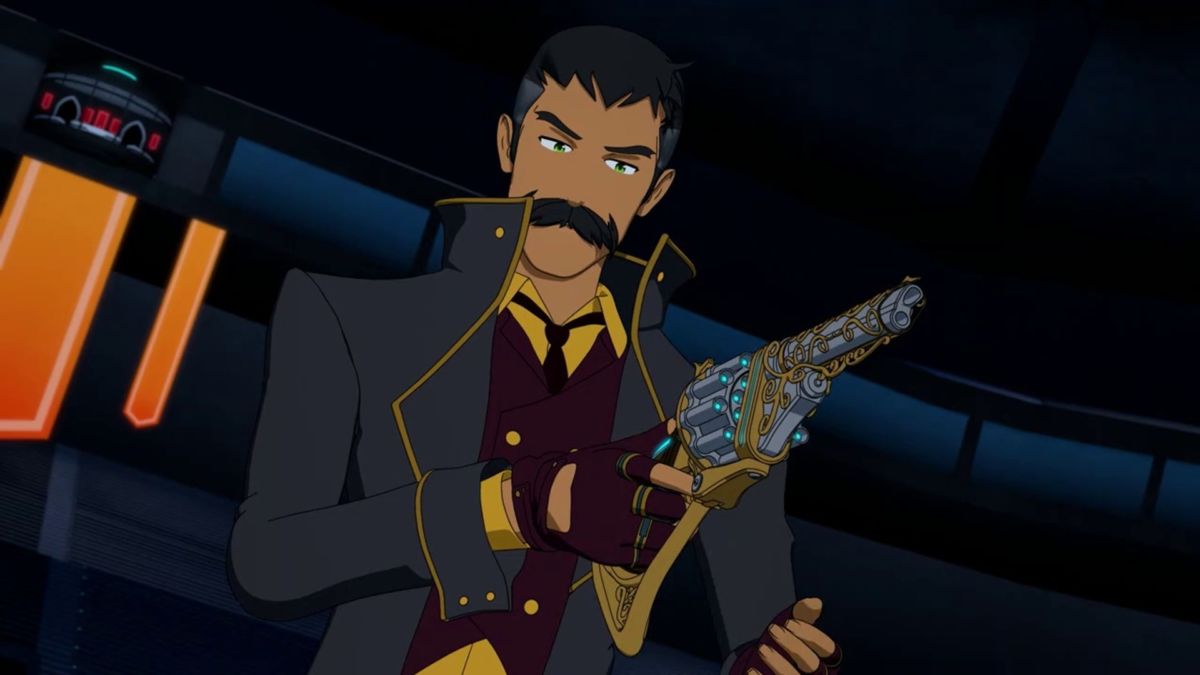 It’s tough to beat Volume 3, but Volume 7 pulled it out here. Everything was just amazing in this episode. We had Ironwood plan out a whole trap for Watts which was a blast and he finally told the world about Salem. He continues to show why he’s such a great leader as he brings people together and puts a wrench in the villains’ plans. If the heroes had only trusted him sooner than this would be even easier. We also see the heroes out there fighting off the grimm. It’s always nice to see this because as Huntsmen that’s still their main duty. Some of these Grimm are also quite impressive like one being able to take on Penny’s full energy blast output. I dare say that most would have been immediately turned to dust instead.

It’s rare to see the villains on the back foot but Ironwood pulled it off. This was around where he became one of the best characters in the series for me. Adam and Ironwood always fight hard for that top spot in the series as they’re neck and neck, both big strategy mastered on opposing sides. The music is top tier and the story is great, the volume was definitely not holding back at all.

This was definitely the most stacked set of episodes yet and I expect that will only continue to be the case as we go forward. There are quite a few maiden fights coming up and of course Adam will be getting a lot of action soon as well. I’ll be having the 11th comparison episodes up fairly soon so be on the lookout for that. We’re getting closer and closer to the end but it’s been a fun ride.