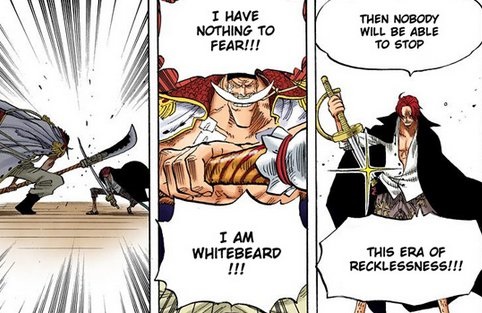 Suggested by Anonymous Shanks is one of those guys that nobody wants to fight. He’s as powerful as they come but we have yet to see exactly what he can do. Hopefully that time is soon upon us but in the meanwhile he’s already tough enough to beat Whitebeard. We can really thanks Film Red for this as we actually got to see him have some action. Whitebeard isn’t going to keep up with Shanks in terms of speed or overall haki ability so that’s why he gets left in the dust here. Shanks wins.