Zazz is a pretty chaotic opponent and it’s tough to get a read on him. Is he deliberately messing with the heroes or is his power beyond comprehension? We don’t really get to find out for sure, but it’s safe to say that he’s deadly. Sonic actually seemed to be a little startled at the sight of him and Zazz isn’t your average brawler. This guy has definitely got what it takes and he’s not someone who will be deterred. Zazz is an all around fighter and he definitely has strong abilities. He can fire energy blasts and also fly with ease. One simply does not count Zazz out of a fight until it’s all over. He has massive amounts of super strength and he could physically overpower just about any fighter. His speed is also considerable and that is why his opponents should beware. Zazz should not be taken lightly and he probably has a bright blog future ahead of him. Who could possibly defeat him!? 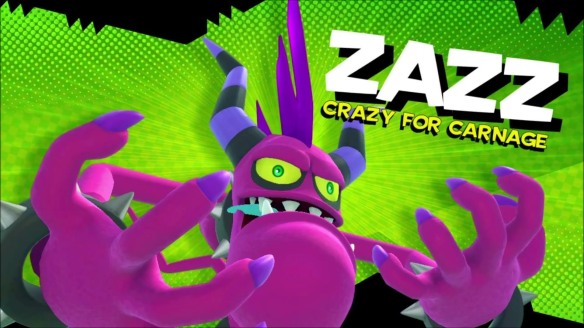