After watching the Age of Ultron, I felt like I needed to read the Rage of Ultron! I didn’t think that I would be reading it anytime soon, but fate presented itself when I came across it. I was ready for intensity and supposedly this comic was even better than the Age of Ultron comic. Knowing that it was only a matter of time until things got intense…I launched myself into the book!

The story really has two parts. The intro has Ultron attack the Avengers and the original roster manages to barely defeat him when the heroes launch him into space. Many years later, Ultron lands on Titan and infects the planet. He is now one with the multiverse…or at least the planet..and his first order of business is to take out The Avengers! The new roster has never seen something as fierce as Ultron so it is safe to say that the heroes could be outmatched. Can they really beat Ultron?

It was fun to see a version of the old team appear back in the day. We got to see how heroic the classic Captain America was and the original members were just so good. As for when the roster was, that’s an interesting question. Some things just didn’t seem to add up. How could Iron Man still be in one of his most basic armors when Yellowjacket was already around and Hawkeye was in a slightly more modern gear? The eras seemed to be a little mixed up. The author has said that Rage of Ultron is canon and I’ve seen an article that questions how this could be.

Quite a few places are wondering about this and you will as well as soon as you read the comic. I don’t really see how it could be canon to be honest. It just doesn’t work and it is best to read the comic as a what if/AU. Still, whether it is canon or not, it’s still fun to see Ultron back in biz and fight the new roster of Avengers. I don’t have any real experience seeing Falcon’s team so it is nice to meet the heroes. This may not exactly be a powerhouse of a team, but I suppose that they get the job done. Although, they don’t do extremely well against the legend that is Ultron.

There’s one scene that will also have you asking questions, but with different circumstances. At one point, Spiderman webs away the hammer from Thor and then saves Falcon. How did Spiderman just push the hammer like that? He is virtually lifting the hammer since he’s lifting it through his webbing and it seems like another exception to the rule that I don’t necessarily buy. I am glad that Spiderman got his props here and he looked quite good, but it was still an odd moment. I don’t think that the comic was trying to say that he was worthy or anything like that because it was incredibly brief. I think the author just figured that it was okay to yank the hammer away so long as Spiderman didn’t actually lift it, but I am not so sure about that.

The comic deals with the tricky issue of whether A.I. programs have souls or not and how the Avengers should handle them. Is it ethical to destroy them? Well, I don’t believe that A.I. programs can ever develop souls. I don’t think that it is possible and it is why I’ve never had much of a problem with heroes destroying robots. That being said, I think that pain receptors are where it is time to draw the line. Once a robot/android can feel pain, then I think that simply arresting them is the best bet. There’s a prison for every villain and I’m sure that there is even one, which can keep Ultron contained.

That being said, Hank Pym is certainly not going to agree with that notion. Ever since the Ultron event, Pym has been determined to rid the world of such machines. He ruthlessly executes them and Vision is outraged by this. The other Avengers are also upset and trade insults and threats with Ant Man. Ant Man talks tough, but he wouldn’t stand a chance and it is hard to root for him. I really didn’t like Pym here. He ultimately crumbles and doesn’t resist Ultron when it counts and he makes more than a few questionable calls. Pym is likable in some comics and is unlikable in others. It seems to really depend on the title and this just wasn’t one of his better moments. The relationship between him and Ultron is explored a lot, but it still doesn’t do wonders for Pym.

There is a character who is worse than Pym though and that is Starfox. He is still a black spot in the hero community and I don’t see why the Avengers even bother with him. His methods of using people should be highly illegal. He may be an immortal, but that shouldn’t stop the heroes from putting him behind bars. His first scene is really just there to remind us why he is such a bad character and even his big moment at the end is pretty cheesy. I don’t think that it should have worked to be honest. This is one fighter that I could have done without.

As for Ultron, he is a little more emotional than you might have expected here. He’s not cracking jokes or anything like in the movie, but he still doesn’t feel like the cold and calculating monster that we have come to know. Pym’s first plan only works because of Ultron’s emotions. Pym pretends to be injured so Ultron flies over to gloat and that’s when he is stuck in the rocket with no way out. In the second battle…emotions are the main reason as to why he was ultimately defeated. Both defeats were ones that I couldn’t really buy.

Still, his power was accurately portrayed. He was able to hold Thor and Iron Man with one hand each and he bested both of them with minimal effort. That’s the Ultron that I have come to expect and he starts to take over the Galaxy with ease. He even overwhelms tech that was built on Titan in a matter of moments. Ultron went a little farther with the mind games than he typically does, but overall, I did like Ultron as a villain here. This certainly won’t rank in his top 5-10 incarnations, but power levels are one of the most important things and his design was also great. Ultron came out swinging and he is not a force to be forgotten.

Whether Ultron stayed true to character or not, the writing for the comic was pretty good. There are the usual puns that make you wonder how seriously the Avengers are taking the end of the world, but beyond that, it was good to see them discuss robot ethics and Ultron’s talks with Pym were always amusing. I’m not too crazy about how the inner monologues were thrown onto the screen with the rest of the dialogue though as it could be a little hard to follow. I would typically just read all of the monologues on the page and then read the actual character panels. I am glad that we have monologue though as it is always good to hear what the characters are actually thinking.

The art is fairly unique. It’s not quite as good as the art for the upcoming All New All Different Avengers series, but we still get some really fun action scenes. I feel like this art works best for the energy blasts and fights. For the characters, they can look a little off at times. Giant Man’s eyes always seem to be pitch black or half closed. I think the artist may not have been too used to drawing them. Beyond that, the art is still solid. The extra detail works better than it does for most titles like Kingdom Come or Marvels. Some scenes just look better than others and it is all in how you look at it.

Overall, Rage of Ultron was a very interesting Avenger comic. It was certainly a lot of fun and I enjoyed reading it from start to finish. It is very short so you will be able to power through it in a very short amount of time. It took an interesting approach and I don’t think that it succeeded with Ultron or Pym. Its validity as being in canon is also up for dispute thanks to how it is handled. The important thing is that the art makes for good fight scenes and there is a decent amount of action here. This can help you to directly compare the classic Avengers to the new ones so that you can decide which group was better. It is interesting to see Quicksilver don a uniform that is similar to his Days of Future Past attire. Another move that I don’t really agree with as I prefer his new outfits, but he gave it a whirl I suppose. There were certainly quite a few minor things that I mentioned here, but there are no real big negatives that should hurt the experience of reading this comic. You’ll have a fun time reading it and now you will be prepared to watch The Age of Ultron in the theater! 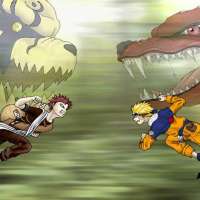