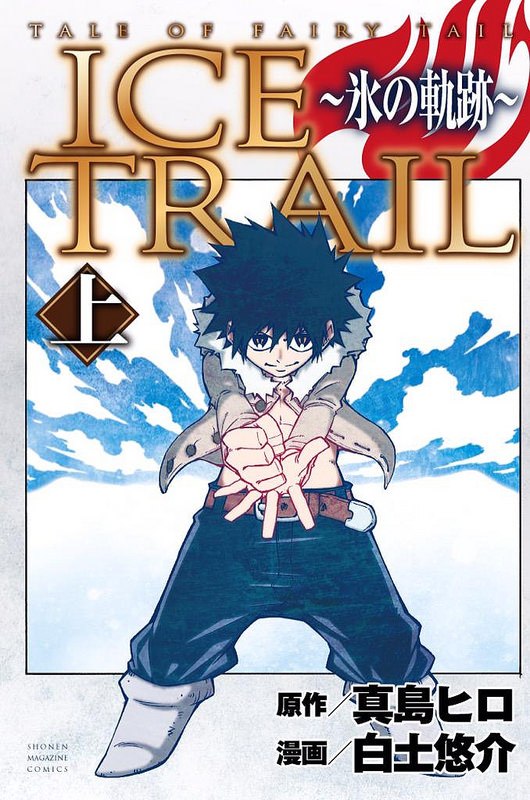 It’s time for another Fairy Tail spinoff! The main character just so happens to be my favorite character in the franchise so I was certainly expecting it to be a cut above the rest. It’s a fun little mini series. It’s less interesting than Fairy Tail Zero, but there is certainly more action and Gray is as cool as always. I want to say that Ice Trail is actually the best Fairy Tail manga although it is certainly close. If anything, I just wish the series could have gone on for another chapter or two so I could see Gray take Natsu down in a fight. That would be the best way to end it all.

So, this takes place a little after Ur sacrificed herself to stop an ice demon. Gray has now decided to wander the globe in search of strong fighters. This will be difficult though as many people need his help along the way. Both volumes essentially have their own self contained plot. The first one sees Gildarts enter the fray to help out against a few powerful mages. Gray would have liked to have won on his own, but having a powerful ally isn’t too bad. It’s just a shame that Gildarts isn’t likable in the slightest. He’s easily the worst character in this series and does his best to bring the title down. Luckily, he is written out after the first volume.

It was a fun start. There were a few action scenes here and there. Gray got the hype that he deserves and mops up the pre arc villains pretty easily. Volume 2 sees the inclusion of Pause (I could have sworn that this was not his name in the English translation, but I may as well go with the wiki) and Doronbo. The three of them quickly form a team as Gray tries to find the elusive Fairy Tail guild. The main problem here is the fact that another guild has arrived to destroy the group. Can Gray hold them off until the main members show up?

I can’t say that I liked either Pause or Doronbo. Doronbo starts off as your average crook who also happens to have a pill that essentially freezes time for 30 seconds. At the very least, you move so fast that this is basically the effect. Which, I have to say is a poorly conceived idea since it is way too powerful. Both times it is used in the manga, the culprit should have been successful, but plot hax intervened. Gray simply forgot about the 30 seconds rule when he saw someone he recognized and Doronbo forgot because he was having some ice cream. (Or Cotton Candy) I don’t think that would reasonably happen to anyone after taking such a pill so I think that concept could have been completely removed. Besides that, Doronbo is just annoying. His transition into being a good guy is also extremely sudden and there’s not really any reason for it.

Pause is about as bad as Doronbo just in his own way. His gimmick is that whenever he fights, Pause loses all control. He’ll suddenly make crazy facial expressions and try to wreck everyone until Gray shuts him down. After a plot twist, it also turns out that he is basically just your average villain. He’s not very smart either as he lets the villains mess with him for quite a while before doing anything about it. If not for Gray, he would have been sunk multiple times. The paper power is definitely pretty interesting, but he’ll need more than that to be a good character.

As you can see, Gray basically had to carry the manga on his own. He’s easily the best character here and it’s not even close. Gray saves everyone with his ice powers quite regularly and he’s a great hero. Gray’s as noble as they come and while he may not have been strong enough to take on a bunch of skilled enemies on his own yet, that’ll change. He’s definitely likable as a kid even if he hasn’t reached his prime yet.

As for the villains, they’re basically just dime a dozen in terms of character. They want to beat people up and aren’t afraid to use magic. The villains don’t seem to have thought all of this through very much though since they certainly were never a credible threat to Fairy Tail. Once the leader shows up, it’s basically game over from there. The energy absorption trick that Kafuchi had was fairly neat, but he wasn’t all that impressive aside from that. It was cool to see Gray take out some ice treasure hunters as well.

As mentioned earlier, Gildarts is terrible. Mainly because he’s an extreme flirt who even goes after people that are already taken by another. His overwhelming power is supposed to be an excuse so you can overlook the rest of his character, but that’s just not going to fly. Even in the main series where he has a lot of competition, Gildarts is still near the bottom of the pack.

The art is all right. I wouldn’t call it that good and it can get busy at times, but it’s not bad either. The character design for Gray is decently good and the only character that you could get mixed up once in a while were Doronbo and this one shot Fairy Tail ally who looks just like Gray. Aside from that, everyone else is pretty distinct. The fights are fun as well and Gray punching out a giant energy explosion esque item was pretty hype. He certainly looks impressive considering his age. It just gives me even more fuel when I say that Gray is stronger than Natsu and basically always has been. 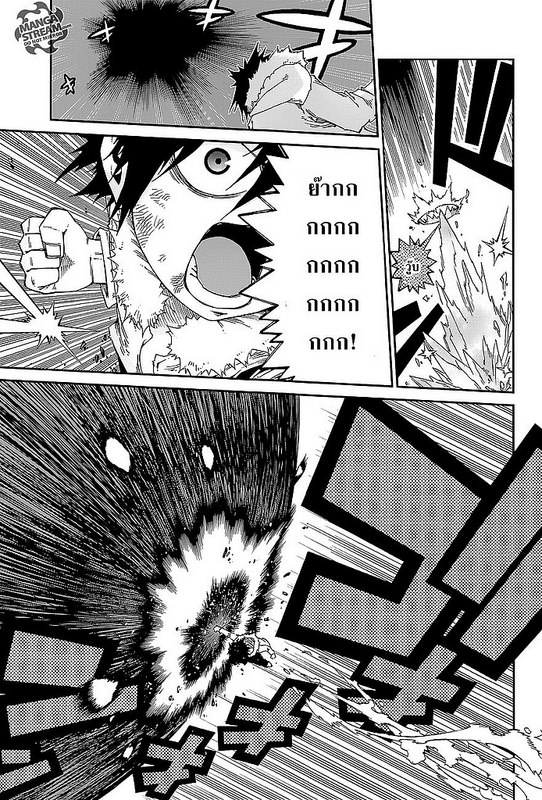 Overall, Ice Trails is a solid manga to pick up. You’ll probably forget most of the villains by the end since they scream One Shot with their designs and powers, but that’s okay. The manga helps give you more backstory on Gray and seeing him actually join Fairy Tail is pretty neat. I think it may have been a missed opportunity not to show off some of the other Fairy Tail characters and their first meeting with Gray, but maybe another origin title will deal with that at some point. Gildarts is the only weakness here and that shouldn’t deter you from checking this title out. It’s only two volumes so the series really flows by in no time at all. Hopefully this is the last that we’ll see of Pause and Doronbo. As far as supporting characters go, they were very generic and just not all that likable. Next up on my spinoff list is Fairy Tail Girls. Given the reputation of the franchise…you can probably imagine that this next review won’t be as positive.