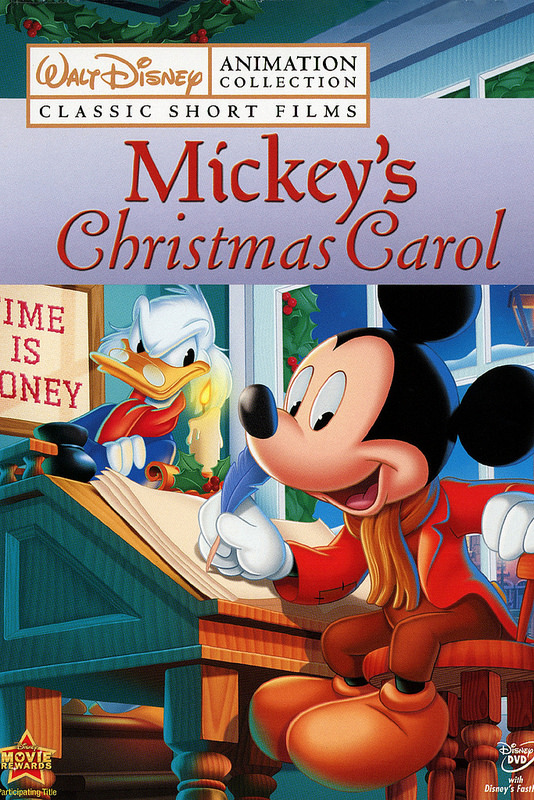 It’s time for a fun look at the classic Christmas Carol. I’ve seen many versions of this over the years and it’s a nice way to get prepared for Christmas. Mickey Mouse and the gang adapt this story well. As the special is very quick, they go through the 3 ghosts in record time. It may feel a tad too short at times, but it gets the job done. Scrooge does a good job portraying…Scrooge and Mickey Mouse has the solid one liners when necessary. It’s a fun special and there’s nothing to really dislike here.

In case you don’t know the plot of the Christmas Carol, it follows a jaded old man. His name is Scrooge and money is the only thing that he likes. He has lived his life like this for many years, but this year is different. He is visited by three ghosts who show him the past, present, and future. If Scrooge doesn’t change his ways, he’ll be in chains for his whole afterlife and a little kid will die. Scrooge must see the value of Christmas or he will go down this dark path. Will he see the error of his ways?

Scrooge is easily the best character here. Convincing the people trying to earn money for the poor that there work wasn’t going to end well was pretty strategic. Scrooge consistently shows that he is the smartest guy in the room. He also gets some of the best lines like when one of the ghosts said “It’s time to go” Scrooge responded with “Then go already!” As a cynical old duck, it’s fun to see him boss everyone around and try to sour everyone’s day. Only giving Mickey half a day off for Christmas shows just how strict he is. He even gave up his fiancee and then charged her for rent so he could get richer. Naturally, he’s not quite as fun once he turns into a nice guy, but it had to happen at some point. It would have been quite the ending had Scrooge decided that he just had too much Eggnog before bed and then went back to his old ways. It’s a rather sudden turnaround and it may not be all that believable, but it’s not supposed to be. Also, there is only so much that you can do for a character’s development in the course of 20 minutes.

Mickey Mouse is a nice supporting character. He’s a nice guy who just does his best the whole time, but he also gets in a few moments of rebellion such as when he told Scrooge “Bah Humbug!” before “catching himself” and saying Merry Christmas instead. Tiny Tim was around as well and he’s never been my favorite character, (A little too cheesy the whole time) but the special would be quite different without him I suppose. The rest of the family were less antagonistic towards Scrooge than they were in the Scrooged film. (Still the definitive adaption of the Christmas Carol. Not necessarily the best, but it’s the one that I automatically think of) There aren’t a whole lot of other characters around, but we do have the 3 ghosts. The ghost of the present was easily the most annoying one. I liked the ghost of the past though since it was a very fitting choice. Disney’s characters were really made for this roles. The ghost of the future was suitably mean, but at least he was a nice guy here since he’s using scare tactics to get Scrooge to make the right call. That sort of counts as being nice right?…

The animation is pretty fun and retro. This special certainly came out a long time ago and yet it looks a lot crisper and more modern than Charlie Brown and other similar cartoons from its time. Depends on how long of a period we call the same time era though. There’s not much of a soundtrack, but music wasn’t a really big focus in media back in the day. That’s just how it was at the time. The sound effects really stand out this way though so that’s a positive.

Overall, This was a fun special. I still know these characters more from Kingdom Hearts than I do from the old classics so it’s neat to see them in their less serious forms for a change. It’s like looking at the characters before they peered into the darkness and learned how grave everything around them was. Donald’s voice is still perfect for all of his scenes. This special may not have gone out of its way for any exaggerated humor or forced jokes, but that’s exactly why it managed to be humorous. It’s a well written special and the kind of program that you couldn’t really expect to find nowadays. There’s just something to be said for these classic characters adapting such a classic story. I definitely recommend it for Christmas and I’m sure that I’ll be seeing more Christmas programs before the year is up.