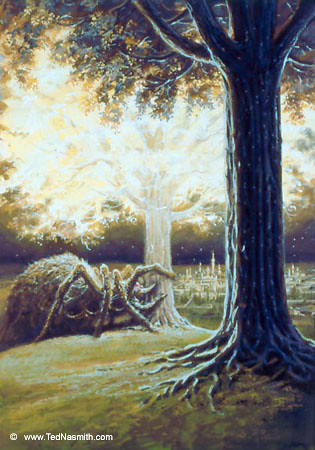 Suggested by iKnowledge Ungoliant is a pretty tough character, but she is completely outmatched against Gon. Gon has the massive edge in speed and I would also give him the edge in strength. His Nen really amps up his physical abilities while also giving him a good long range option in his paper blast. Ungoliant can’t take too many hits from Gon and she can’t catch the kid either. It’s quite possible that Ungoliant is the strongest spider in all of media, but that is just not enough. Gon wins.

8 thoughts on “Ungoliant vs Gon”