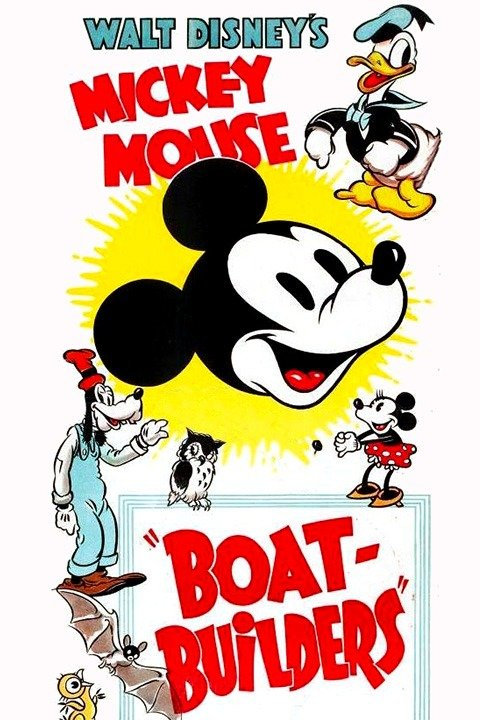 It’s time for another water themed Disney short. The gang has come back together for one last ride as they work to build a boat, but do they have the expertise for it? After all, as fearsome as this trio is, they don’t have a whole lot of experience when it comes to manufacturing. Maybe it’s time for them to quit while they’re ahead. The tricky part is that Minnie is sending them off so Mickey can’t back down now. Somehow…he has to find a way to win!

Each of the characters has their own plot as per usual. For Goofy, he finds a manequin in a box and quickly panics. He isn’t used to working with figures and clearly hasn’t started collecting them yet. While he panics, Mickey takes her away to be the ship’s figure head. Goofy also gets beat up by the wood boards that he had been gluing. It was a pretty painful experience for him that’s for sure. His plot was the weakest in this special.

Donald actually had a good handle on his part for a change. He was painting the ship rather well until Mickey sabotaged the controls and started slapping Donald. He tried to hint that it wasn’t intentional in the slightest, but I have my doubts if we’re being honest. It seemed a little too deliberate for him to not realize what he was doing. Donald took it in stride though and tried to fight back, he just wasn’t able to win.

Mickey’s was more about general building. He didn’t really get to do anything in particular. When the boat fell apart at the end, Mickey did take it in stride though. He just laughed it off and got ready for the next adventure. That’s why Mickey’s always been the leader of the group. Everything just bounces off of him and he keeps the group connected. Next time he should probably ask Minnie Mouse not to smash a bottle on the boat though. It actually could have made it to the ocean otherwise. Sure, it probably would have sunk rather early on in the adventure since it clearly wasn’t very durable, but at least they would have had a proper send off right? I definitely don’t understand the tradition or wasting a wine bottle and damaging the ship at the same time. It just doesn’t feel right.

This special is older than the last one, but the animation is as consistent as always. Seeing Mickey’s older design is always a little unnerving since he feels like a different character at times. This Mickey was certainly a lot more energetic and mischievous although the latter side didn’t get to show much this time. He was too busy working.

Overall, This is another good special. It’s a little more bland than the Tugboat adventure which is why it’s a star lower, but it’s still a good adventure. Once again this special is only around 7 minutes so that is really done in a breeze. I definitely wouldn’t mind if we still got specials like this nowadays. If Disney had kept it up for all of these years, they’d likely have well over 1000 by now. Of course, coming up with that many plots could be tricky. After all, there isn’t a whole lot of dialogue in these so you have to illustrate everything and that’s usually tougher in modern programs. Still, if anyone can do it, it’s Disney.