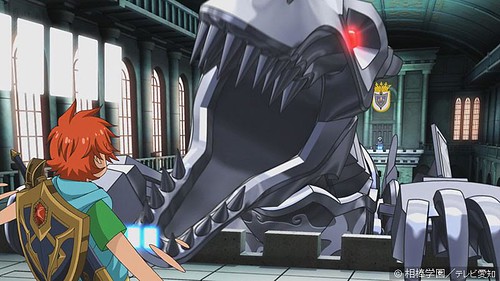 Suggested by Sonic Fenfir (Myth) is back once again, but he’s up against another talented Buddyfighter. Kazane’s deck doesn’t have the impact that Kiri’s does as she has no ace monsters up her sleeve. Still, she has a lot of monsters since Kazane got to use two different decks during the series. The sheer numbers should be able to just barely overwhelm Fenfir. It won’t be easy, but it is certainly within Kazane’s ability to stop this beast. Kazane wins.