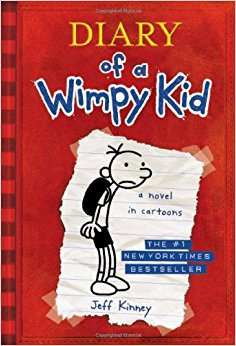 I forgot to put this on the blog way back when, but I checked out the first book in the series. There are only 11 out so far so at least it’s pretty easy to read through them. It’s not exactly my kind of series as I always look for a little action, but it’s not bad. I expected it to be worse and at least the characters are always trying to one up each other. As the title suggests, the diary plays a huge role even if the main character can’t admit that it’s a diary. It suffers from some instances of crude humor and as with all comedies, not all of the jokes work. I’d give it a look if you’re a comedy fan and it won’t take you long to get caught up. I’ll have a review out if the series ends and I make it through all of them.