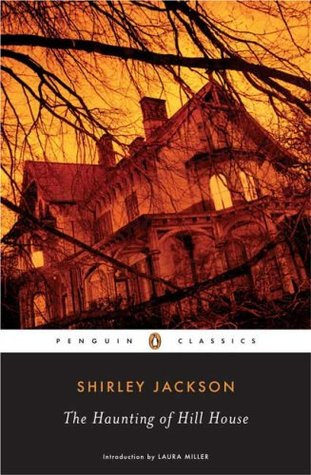 The Haunting on Hill House is definitely a unique adventure. The characters are all rather calm about the situation but in a rather odd way. Every character seems to be crazy already which is probably why they were invited to begin with. Hill House definitely doesn’t pull any punches once night occurs.

The plot starts off with Montague deciding to head off to Hill House to run some experiments. He decides to invite a few people with supernatural experience since he could use some backup and perhaps they will sense something he could not. These characters are Eleanor and Theodora. Luke also comes since he owns the house while Montague is merely renting it. Is the house haunted or is it merely in the minds of the characters? That’s left for you to decide as things get a little crazy but one thing’s for sure, things will never be the same for these chaps once they leave.

So like I mentioned earlier, the dialogue is all very off. Likely an intentional decision so it’s not bad writing but it does make you wonder about the characters and how far from reality they are. For example, the maid has a tendency of repeating herself and telling the same things to everyone no matter who they are. She may have been the best character to be honest. As she said, supper is served on the dot and she leaves before dark. She has her iron clad rules and doesn’t deviate from them no matter what. You have to admire her dedication and the rest of the characters quickly learned how the system worked that way. Her husband wasn’t quite as fun and only showed up once so he definitely wasn’t meant to be a big character. His threats worked pretty well on the main character but no one else was going to be messed with.

That’s one thing I liked about Montague. Since he rented the house, he always talks about how the others need to know their place. That being said, he is all talk and never actually does anything about it. He does his best to keep the group together and might be the best character in the book. Luke is fairly good as well. He doesn’t believe in ghosts as much as the rest of them and never even gets scared by what is happening in the house. He takes it all in stride and seems to genuinely enjoy the experience. At least someone was having fun right?

Eleanor is the main character by unfortunately she is the worst one. She suffers from low confidence the whole time and doubts every move that she’s makes. Eleanor also basically goes crazy early on but you could make the case that she was already like that when the book began. It would explain her point of view for the book and everyone’s reactions to some of her antics. I imagine she didn’t act quite the same as she claims too. She really put up resistance to leaving the gang by the end and then her sudden finish seals the deal. She was amusing at least though. Definitely a creepy person to be around if you were actually in the house though.

Theodora was definitely the most intense character. She is very outgoing unlike the others and can be very morbid which is an interesting combination. She gets along with everyone even if she finds Eleanor to be too clingy. Towards the end the two do start to subtly insult each other a lot but I’m probably on Theodora’s side here since Eleanor was trying to invite herself over which is never the polite thing to do. Just because you meet a friend on a job doesn’t necessarily mean you suddenly want to have them around all the time. Eleanor did her best to get everyone against her.

I can’t speak for any possible adaptions but in the book at least I think it’s safe to say that the house was not haunted. Most of the tricks could be explained with science like how the building was slanted and that’s why the doors would close. Everything adds up this way. Any possible noises during the night were probably just Eleanor panicking and trying to scare everyone.

Honestly if I had been invited to the house, I probably would have had a blast. The main characters did very little investigating if you think about it and spent most of the time just having picnics and playing chess. Essentially it was like a vacation with free food. In a time without electronics that definitely seems like a fun experience since the things in town may have gotten old by that point.

Overall, The Haunting at Hill House is truly a unique book. I don’t think you will find a cast of characters quite like that one for a while. It’s an engaging atmosphere with how mysterious the air is and all of the strange dialogue being thrown around. I think I would have preferred for the book to have been shown through another character’s point of view although that would run the risk of changing the whole dynamic of the book. Anyway, I’d recommend checking out the book. It’s also pretty short so it won’t take you too long and the pacing is pretty tight. Whether you think the supernatural element is there or if it’s all in Eleanor’s head, it’s a fun story.