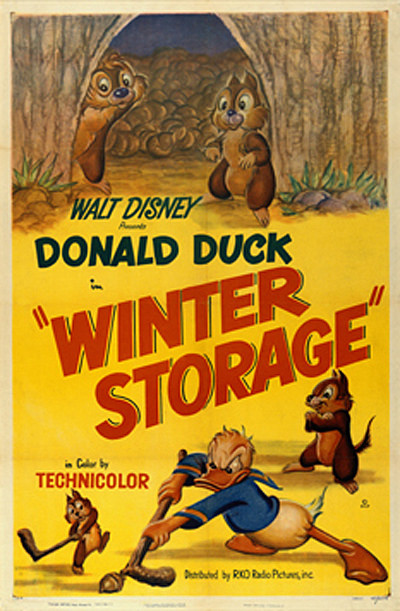 Another special has Chip n Dale at it again but this time Donald starts the fight. He has started a very successful Nut Butter company by turning Acorns into butter. The problem is that he is running out of butter and business is still booming. He decides to steal the nut supply from the Chipmunks which is where all of the trouble starts. They don’t take kindly to this and initiate a counter strike where they don’t leave a single acorn behind.

To Donald’s credit he does a good job of defending himself once he knows what’s up. An intense hockey game starts up with the highest stakes possible, the nuts. Donald tries blocking the Chipmunks from slamming the nuts into their treehouse but 2 v 1 just aren’t good odds and Donald is getting roasted. He is clearly out of practice and needs to find his inner champion again.

As it is, Donald did deflect some of the nets and held his own in the skirmishes. They just overwhelmed him with the sheer amount of nuts that they were swinging around. Even then he didn’t back down and took them head in which was pretty impressive. I can’t blame the Chipmunks for their actions at all this time either since Donald is the one who stole their nuts. You simply can’t let that happen.

I’d definitely like to see some more sports with Donald and the crew. Honestly I’d probably say that Donald would even outrank Mickey in this area since he just seems the most agile. Donald definitely has the most competitive spirit as well so he wouldn’t mind roughing Mickey up a bit during the plays which would give him the edge. As long as he isn’t unfairly outnumbered like in this special, my money is always on the duck.

There’s not much to say about the animation as it’s basically the usual. Solid and streamlined as always with a lot of heart out into it. I’d expect nothing less from Disney since they always deliver. I’ll give a shoutout to the fact that they always manage to put a lot of plot into the special even with no dialogue. They definitely mastered the art of show don’t tell.

Overall, This was another pretty fun special. The Hockey Game was definitely the highlight and just made the special a blast to watch. Donald also did get the last laugh even if wha he did still helped his opponents. At least he got to go down on his own terms which isn’t something that just anyone can say. I still say that 1 on 1 Donald would have claimed victory here. He doesn’t hold back against any opponent and would have used his size advantage and competitive intensity to control the court. Nobody stops this duck!