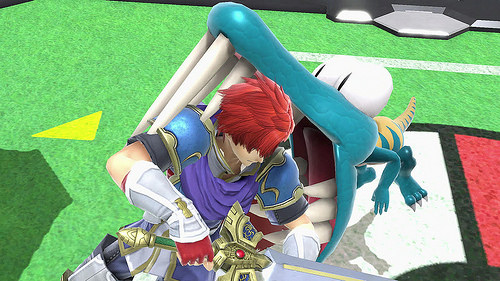 Suggested by Sonic Klaptrap is a pretty common enemy but don’t let this fool you. The guy can bite with the best of them! He’s not just another enemy to kick around. Still, I think it’s safe to say that Roy’s got this one in the bag. A single hit from his flame sword would be enough to end the match. His speed and determination will ensure that he gets the hit. This may have been Klaptrap’s debut match, but it wasn’t enough to put him over the edge. Roy wins.