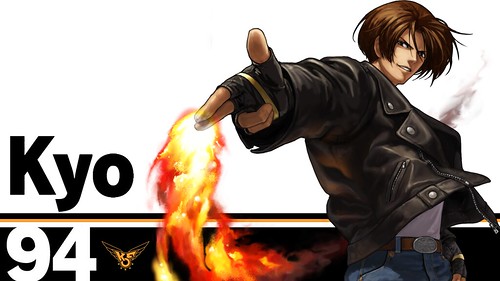 Suggested by Mehama Sadafa Kyo Kusanagi makes his debut onto the blog with this fight. He’s definitely a skilled fighter whose abilities are amped up with his energy attacks. Marcus is in a similar situation and by the end of the series he was still improving. In terms of pure technique I think Kyo would have the edge here, but Marcus’ raw power is on a different level. Once you throw in his Digimon and their combo moves then Kyo really ends up getting left behind. Marcus wins.

8 thoughts on “Kyo Kusanagi vs Marcus”