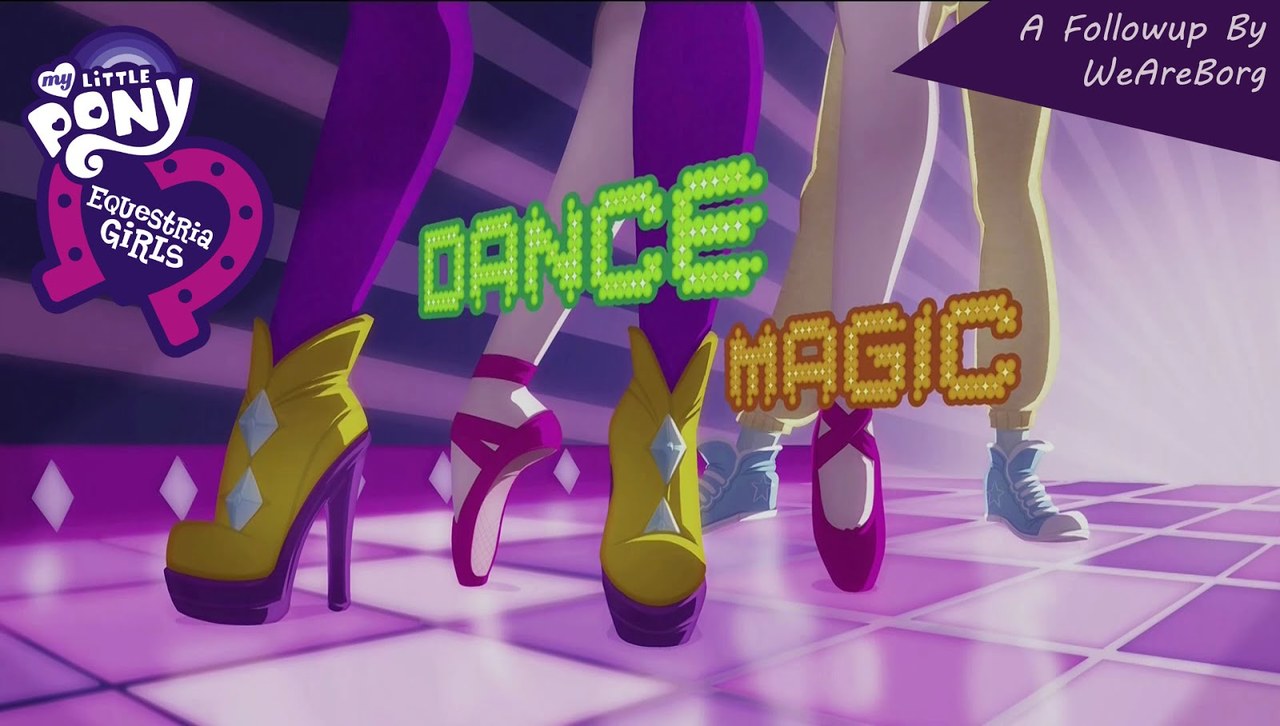 It’s time to look at the first of 3 Equestria Girl shorts. Initially I was going to review the 3 specials as one post as some sites seem to list it as season 1 episodes 1-3, but at the same time it’s hard to find an actual title for what that series would be. It sort of tows the line between being 3 separate specials and a quick miniseries. To make it simple I figured I would just treat it as 3 quick specials. As such these reviews will be a bit smaller since it’s like reviewing an episode.

In this special, the Mane 7 are trying to earn some money to repair Camp Everfree after the events of the film. Unfortunately things are not going very well on this front. The group has not made a lot of money and the deadline is almost here. That’s when Rarity has the idea of entering a Dance competition where the grand prize would give them all the money they need. The risk is that the entry fee will clean them out so they either win it all or lose everything. The rest of the MLP members reluctantly agree to this. Rarity is confident that they will win, but another wrinkle is thrown into the plan when a group of rival classmates steal Rarity’s idea for the show. With only minutes remaining, can Rarity think of a way to still claim first place?

This plot has been used before in the main series where some characters stole Rarity’s ideas as well. As she has the mark of generosity that makes her a very easy target for hooligans like this. It can be a bit annoying to see Rarity so oblivious, but this is why she isn’t the leader of the team. You can bet that this wouldn’t have worked on Sunset Shimmer or Starlight Glimmer. It’s a good conflict here as the heroes can naturally go and beat these kids up with their super powers or they can make the heroic call and let them be. I’d at least report them, but it’s your word vs theirs which makes things fishy.

Alas, this special isn’t really about big conflicts and such. The heroes decide to help the bullies out anyway since they were so desperate. It turns out that these students weren’t so bad after all and all of that. It’s a bit hard to swallow of course, but I suppose it is what it is. The Mane 7 have always been pretty good at forgiving people so it’s not exactly surprising that it would play out this way. I do think Sunset was ready to fight if necessary though which is why she’s such a good character.

This was a good way to start off the trilogy as we got some good musical beats during the dances. The special had a lot of energy throughout and had good writing. The animation looks pretty similar to the movies although naturally it’s not quite as detailed. It’s bright and colorful which is the important thing. I’d compare the animation to Rescue Bots or something of that nature. It won’t be winning any awards, but it’s not bad either.

From the villains, Sugarcoat is annoying though. She’s not grateful in the slightest and is quick to mock the heroes even once they are all on the same side. She seems to think that she is a little better than everyone else and her arrogance is unwarranted. Look, I’m all for arrogant characters, but if you just got saved by someone in this contest you probably shouldn’t be talking tough for a while. The others may have also started out as villains, but at least they knew to stay quiet once the Mane 7 had pity on them.

Overall, Dance Magic shows that it’s good to be kind, but you also have to be ready for all of the cheaters in the world. They aren’t going to just let you get past without a fight. It’s one thing to help someone out if they seem nervous, but if you’re in a competition you shouldn’t show off your routine before you have it securely patented and registered. Rarity taught us these valuable life lessons. If you haven’t seen this special yet then I’d recommend changing that. It’s pretty fun and easily works as an episode in the series.