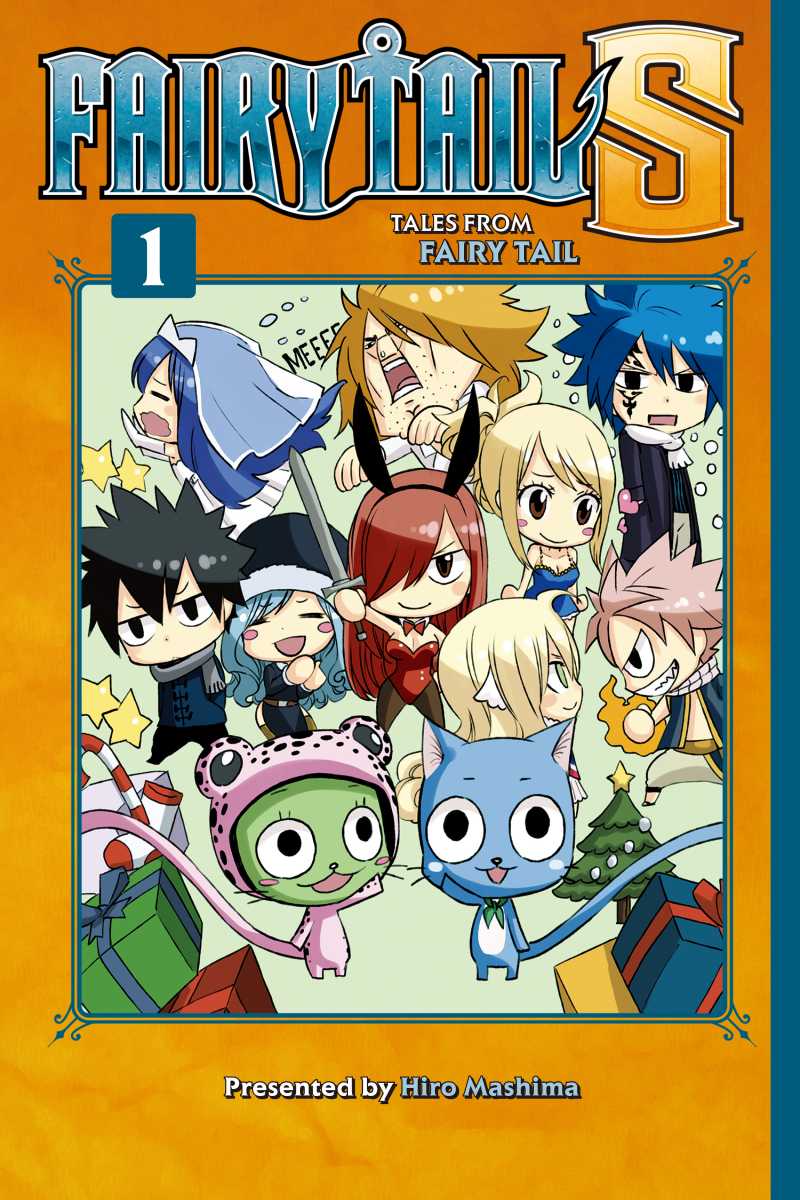 It’s time to look at another Fairy Tail spinoff. Naturally when you’re dealing with this franchise you always want to keep it at arm’s length. The main series was utterly terrible. It’s a shame because it had great art and solid fight scenes, but the fanservice was absolutely through the roof. The spinoffs have ranged from awful (Fairy Girls) to decently good. (Wendy’s series, Gray, Zero) So there was at least a little hope for this one. Unfortunately it did not meet expectations and ends up being very bad. it’s pretty similar to Fairy Girls actually.

First warning bell here is that there’s no plot. The two volumes are a compilation of short stories. That wouldn’t necessarily be a bad thing in itself (Although it typically is) but none of the stories are combat related. They’re pretty much just all here for fanservice. Yes, Fairy Tail S takes away the plot and fights of the main series and just focuses on the comedy and fanservice. You can see how this would be a problem. Pretty much every story is guaranteed to have at least one moment with someone’s clothes being torn or a trip to the hot springs. The series never manages to stay classy during its run. Considering that there are only 2 volumes the series does its best to keep on bringing itself down. It’s not even being subtle here. Fairy Tail S just does its best to be absolutely terrible.

Lets get the one positive out of the way first. The art here is still pretty good. The character designs are all on point and there is a lot of detail to the art. When a punch or attack is thrown it’s always easy to see. Some titles have trouble with action scenes as they clutter up the screen but that isn’t the case with Fairy Tail S. So, the series did at least manage to get that part right, but it’s really not even a consolation victory at this point. S was already doomed long before this even came into effect.

Fairy Tail S thinks it is a lot funnier than it actually is. When the gags all revolve around fanservice or putting the heroines in embarrassing positions it’s pretty hard to actually accept it. Even though the series is only two volumes it will feel like a whole lot longer by the end of it. That also means there isn’t a whole lot to talk about with this title because there’s nothing left. I can’t really discuss the characters since it’s not like there’s a plot for them to partake in and with no plot I can’t talk about the story either. I already talked about the art and the series main issue so what else is left? At this point all I can do is warn you to stay away.

I guess one story that’s worth mentioning is the crossover one. We see Natsu meet up with the main character of an older series by the author. Naturally the Fairy Tail characters look pretty bad here. Not only is one of them committing crimes, but Natsu is completely reasonable. Even after the other lead warns him to back off Natsu keeps on threatening the guy’s friend. Naturally the real main character is the original one and Natsu’s no hero. I was definitely rooting for Natsu to lose although he probably would have won had the fight kept going. I’m always up for crossovers so it was nice to see the other cast (even if I haven’t read the series they’re from yet) but even here the author couldn’t help but make part of the dialogue fan service based. The author just can’t help himself.

Overall, Fairy Tail S is definitely a failed experiment here. Short stories belong at the end of a volume in the main series. There’s no real reason to just compile them into a spinoff series although I guess it does earn more $ this way. If there were good stories here then that would be one thing, but as it is these feel like stories that just couldn’t make it into the main title and so they were shoved aside. They just lack a certain level of quality. It’s quite telling that the spinoffs which distance themselves from the main series as much as they can tend to be quite a bit better. Still, I think Fairy Tail as a franchise is likely just doomed and I don’t think that will change.