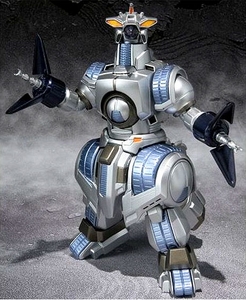 Suggested by Destroyer Moguera is a pretty powerful robot. While it is true that he isn’t quite strong enough to take on most of the other Godzilla Kaiju, he could still destroy Voldemort with a single strike. The spells could potentially deal some damage, but I’m confident that Moguera could tank the attacks. It doesn’t matter much though because Moguera can likely dodge thanks to his flying skills or just use a big laser to start off. Moguera wins.