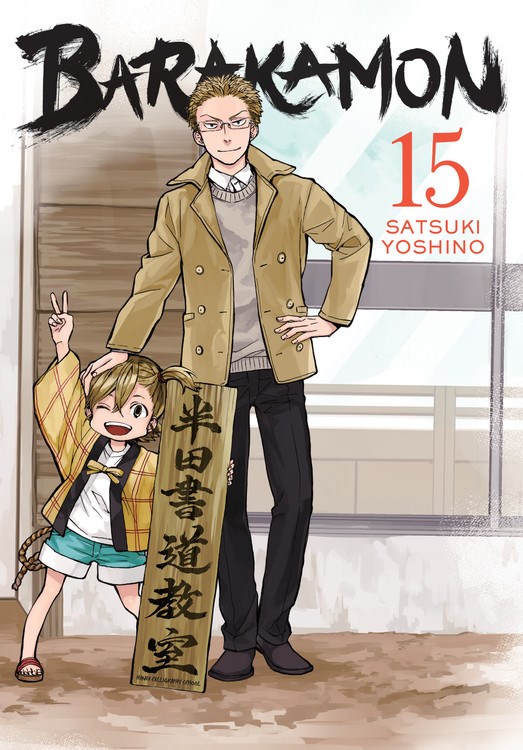 It’s time to look at a slice of life manga that I started a super long time ago. I wrapped it up around 2 months back and it was definitely a solid ride. It’s the kind of manga that is fun to go through even if it’s not filled with big fight scenes. I haven’t read a whole lot of slice of life adventures, but this one does beat the other two I’ve read. (Baby & me, Yotsuba) I think the premise is a little stronger and the idea of spending your life in a small community like this doesn’t even sound all that bad. It’s not really my thing, but I at least get the appeal.

The manga starts off by introducing us to professional calligrapher Handa. He has a lot of talent, but also a bit of a temper which gets him into trouble. He punched a big judge/critic which forces the issue of banishing him to a little island. This is a bit of a dramatic way to phrase that, but it’s really what happens here. He must now reconnect with his inner self to find out why he really enjoys calligraphy. Once he has learned his lesson he is free to return but by then he may find that the friendships he has made on the island are more important to him. 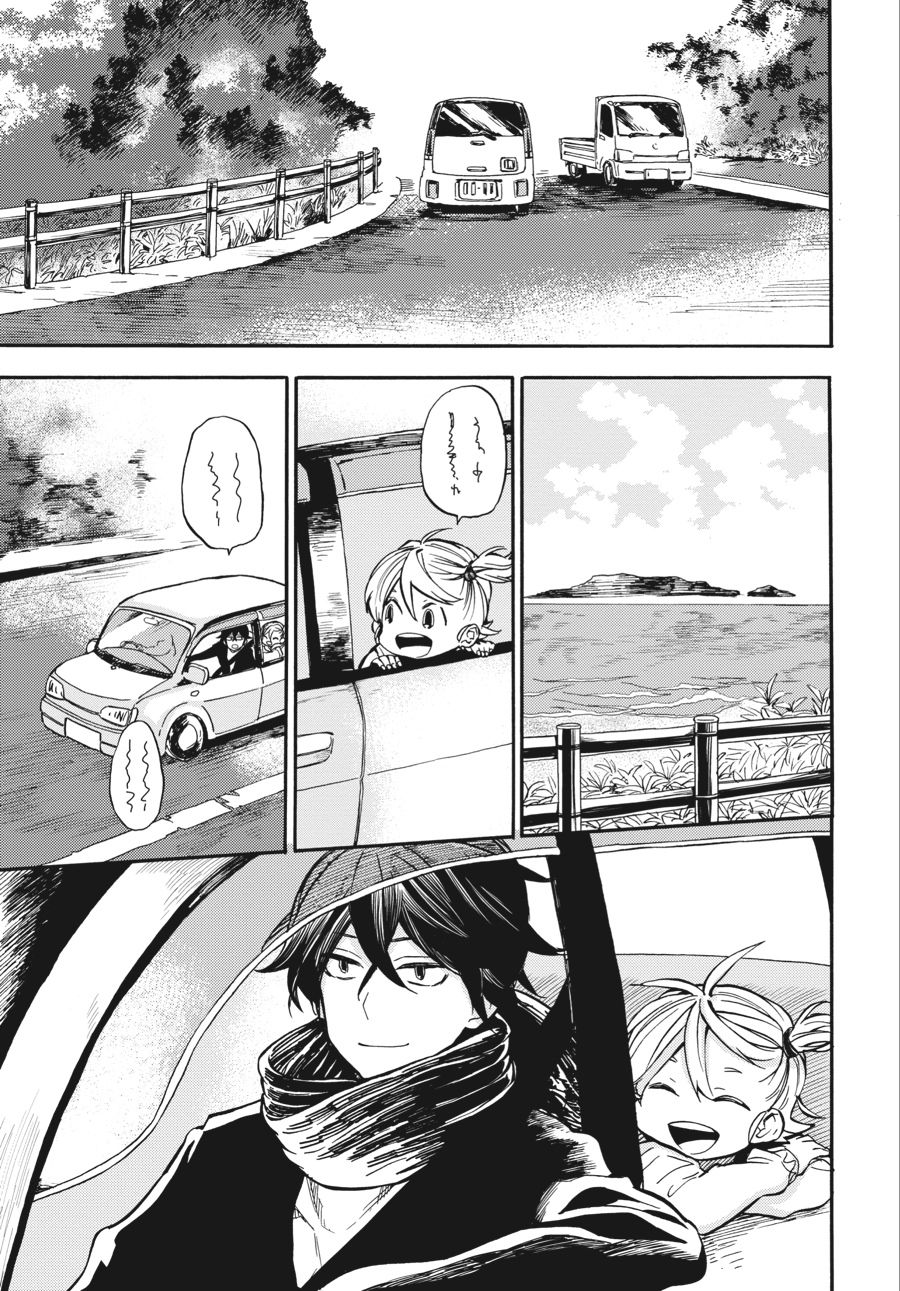 While Handa’s first appearance shows him being a bit of a hot head, I’d never say that he’s all that rebellious. Even from the start of the series he is pretty patient with the townsfolk and does his best not to be impolite. As the series goes on you can see how he learns to settle down and relax more though. He has less outbursts and panic moments as he realizes that everyone here is just trying to look out for him. Handa’s a solid main character even if I would have preferred he try for more calligraphy titles.

There’s certainly nothing wrong with deciding not to go pro, but it would have made for some fun arcs. His short lived rivalry with some of the other pros was pretty fun and it was some of the best parts of the series. Barakamon was typically at its peak when Hiroshi was on his adventures of when Handa was trying to compete with everyone else. The competition added a little spice to the daily routines of the village. Handa still did prove himself as a talented artist either way though. Judging calligraphy seems like it would be really difficult though since the process seems to be quite subjective. I like it when things are purely objective so you know right away whether you’re right or wrong. I wouldn’t be able to handle competing in a sport where that was not the case.

Naru is the main kid in the village. There are quite a few others like Hina and the gang, but Naru is really the focus. She is the one who really helps Handa get used to life in the village and also is the one who picks up on Handa’s subtler emotions. If he’s feeling down she’ll try to throw him a party or something to get his spirits back up. I’m still not a big fan of the kids in these adventures because they tend to slow down the pacing and hold the main cast back, but in a slice of life adventure like this that isn’t really a main concern. Naru’s not bad. The best scenes don’t typically involve her, but she’s not as annoying as she could be.

Miwa is one of the older kids. She’s a bit more aggressive than the other characters and likes having fun doing all kinds of sports and other activities. From all of the kids she is certainly the best one. Miwa doesn’t really care about calligraphy and such even compared to the rest of the kids, but does it to have some fun and keep the others company. In a small village like this there really isn’t anything to do so all of the kids head to Handa’s place every day to waste some time. Usually she is hanging out with Tomako who isn’t quite as interesting. Tomako is an aspiring manga artist, but her titles are always too dark and violent which has been holding her back. Her artwork is pretty good, she just needs to work on getting better plots to support this. Once she has a good story she should be able to go pretty far.

Hiroshi is one of the only guys who is Handa’s age on the island so he gets a big role as well. His character arc has him wanting to go out into the world to see what it’s like. He believes he is a little too ordinary and so he wants to experience things to help him grow up. A lot of the running gags involving him are how everything he does seems to be uninspiring. No matter what he is never good or bad at anything, he’s always average. Hiroshi is a fun character and he was definitely one of my favorites in the series. I was sad to see him go when the guy moved away, but he did get a few meanwhile stories from time to time so at least it wasn’t as if he had completely left. He still got to show up from time to time.

Then you have Handa’s parents. His father is known as one of the best calligraphy users in the entire world so that always put a lot of pressure on Handa. Handa isn’t very good at communicating with his parents so this pressure began to crush him quite a lot. Eventually they show up and Handa begins to realize that he doesn’t have to be on the same level or compete in the same way. The parents were quite reasonable here and they looked good whenever they would show up. It may be tough for them to get on the same page, but they are all very professional about it which is a nice change of pace.

There are quite a few other side characters like the various villagers. They’ve all got different roles in the series and help to round out the cast. The village is small enough where everyone knows each other, but still large enough where you’ve got at least 15 characters running around. One of the more enjoyable ones is Handa’s rival who is always doing some sabotaging on the side. Handa doesn’t even notice when the guy is throwing around insults half of the time, but ultimately they still come to a bit of an understanding. I doubt they’ll ever be great friends of anything like that, but they get along well enough.

Barakamon’s humor is also pretty well done. The style of humor usually revolves around Handa being oblivious or something crazy happening and everyone having a very calm reaction to it. Usually the jokes centered around Handa are the best ones. You just have to admire his confidence to the point where the insults don’t even seem to register with him. It’s like he can’t even comprehend the concept of someone trying to take a shot at him so he dismisses the possibility.

The art for the series is very clear and relaxed. It is really suitable for the series too. Part of the theme in the series is learning to relax so having chaotic art would have definitely defeated the purpose. It’s always very easy to see what’s happening at all times and it also makes it easy to read through each volume. The volumes are bigger than the average one but with the big pictures/clear text they still feel like normal volumes. The writing throughout the series is on point which is especially important for a series like this. Since there is less happening than in other series you have to be fully invested in the characters and what’s going on. I’d say that the series succeeds with this. At the very least I wouldn’t say that the series ever got me bored.

I do think the series slowed down a bit once Handa started the school though. It felt like the series pretty much ended its main story by this point so the last volume or two were just stalling for time. That’s not really a bad thing per say, but the series made the right call in ending shortly afterwards. I’m sure we could have been introduced to some new plotlines or something, but part of the point of the series was seeing if Handa would go pro or help out the village. He made his decision and so that was the end of that.

It’s a fairly long manga, but not one that you need to talk about for too long due to the slice of life nature of the series. There are various arcs and such but the character cast never gets a whole lot bigger than how it starts out. It’s also pretty easy to understand the general premise and to go from there. This may not be the kind of title you want to marathon the whole way through, but it’s a pretty good change of pace title when you’re reading a bunch of other more action packed titles. 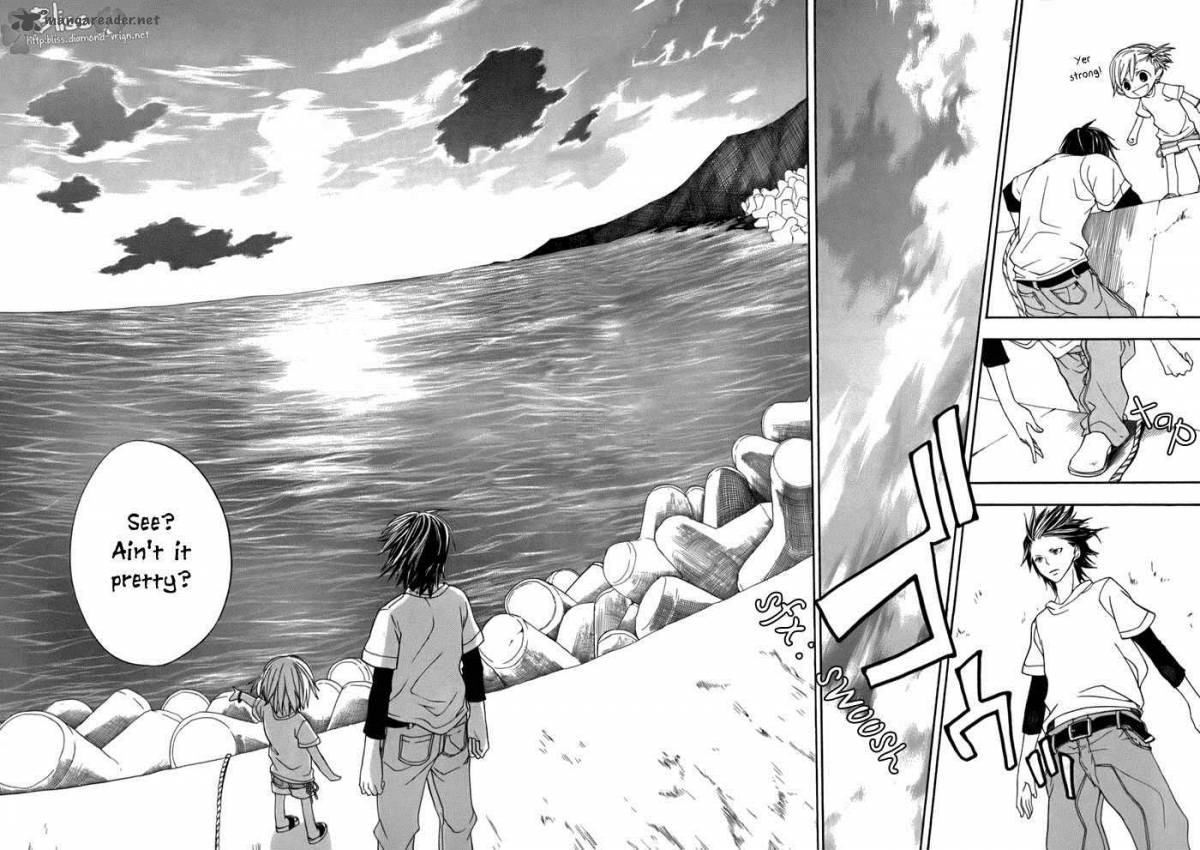 Overall, Barakamon is definitely a very fun manga. The characters are cool and the laid back vibe will really remind you of how people made it without technology back in the day. I personally prefer to be surrounded by tech at all times, but the country route isn’t so bad as long as you have good neighbors. If you haven’t checked this manga out yet and want to take a nice look at what it’s like to live outside the city then this is definitely a good one to check out. I don’t believe you will be disappointed.