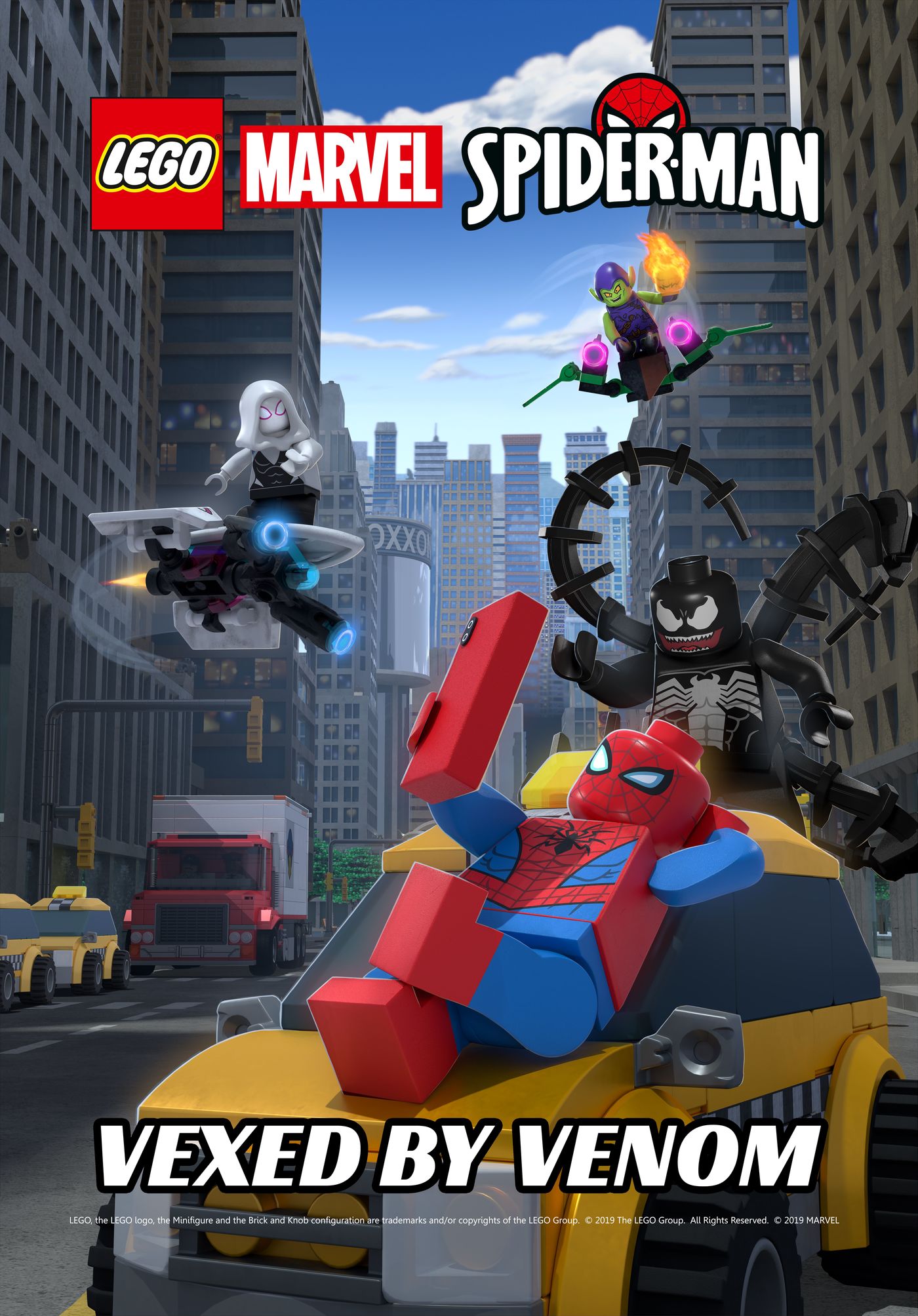 It’s time for the next Marvel Lego special and this time we get Spider-Man as the lead character. One nice thing about these lego adventures is that they always feel like they could take place in the real show. The Black Panther special was like something out of Avengers Assemble and this one is pretty close with the current Spider-Man title. It may not be exact and it certainly isn’t officially in continuity, but it does help make the whole thing gel together pretty well.
The plot of the special is that Venom and Green Goblin have joined forces to get this mystical key item. Spider-Man is on the scene right away, but isn’t able to take them down in his first encounter. He may need some extra tech to win in this round but he’ll have to move fast because these villains are not going to be waiting for anyone. He also may get some unexpected assistance.

Green Goblin and Venom teaming up is an interesting concept and I don’t believe that it has happened before. It makes sense for them to pair up as they are some of Spider-Man’s most dangerous adversaries, but both of them have a lot of pride and like to work solo so that’s probably why it would be difficult to get them on one page. From the two I’d say that Venom definitely gets the bigger role although you may have guessed that from the title of this special.

Green Goblin doesn’t look bad, but he just doesn’t seem to be much of a threat to Spider-Man. Spidey even mentions that he can dodge the villain’s attacks all day and never feels all that threatened. At least with Venom Spider-Man had to bring in his Spider Bot to try and get the upper hand. I didn’t see any of that tech against the goblin.

This special did a good job of really using the lego format to its advantage here by having so many different upgrades for Spider-Man. I liked all of the vehicles and they looked pretty good in their brief screen time. The fights are also good, considerably better than in the last special. A good reason for this is due to the special taking the action scenes more seriously. It’s a bit ironic but this special had more of a serious tone than the Black Panther one. The fights here are just so much better like with the climax as Mecha Spiderman and Ghost Spider take on Venom. It’s real solid.

We still do get some good humor though and Spider-Man is always able to pull that off pretty well. He gets a lot of good one liners and does his best to annoy and mock the villains as much as possible. Spider-Man also looks pretty experienced here and it’s got to be one of his more impressive portrayals recently. He thinks fast to protect civilians and even has a good moment where he uses his webs to stop Venom’s bearhug drop and turns the tables. Spiderman still does whine a lot, but I like to think it’s to get the villains to drop their guard. He’s not actually all that desperate.

At one point in the special Spider-Man decides to take Goblin’s lair for his own. It’s actually a pretty interesting idea that makes a lot of sense. As Spiderman mentioned, it’s not like Green Goblin will be using it anytime soon right? Why let a good lair go to rest? I’m thinking that the only big risk here would be if the villain bugged it with a lot of weapons and traps or some cameras and the hero ends up giving away key information. You’d definitely need to do a clean sweep of it, but otherwise it’s really not a bad idea.

The rest of the characters here are all solid as well. Ghost Spider definitely ends up helping out quite a lot in the end. Without her Spiderman would have definitely been in trouble. Then you have Spider-Man himself who was very solid as I mentioned earlier. It’s always nice to see him as an experienced veteran. Finally there’s Venom who is a very imposing villain with several forms. The voice for him was also quite fitting as it was very intimidating. Yeah, Venom was handled perfectly!

Overall, Vexed by Venom is a fun special. It’s got a good blend of plot, action, and humor. It’s easily one of Marvel’s better lego specials and as always the pacing is on point. This is the kind of special that probably could have been extended into a full film and been quite solid. Sometimes it’s best not to push it though. The 20 minutes were filled out quite well. If you haven’t checked this special out yet then you should do so. It’s pretty fun.