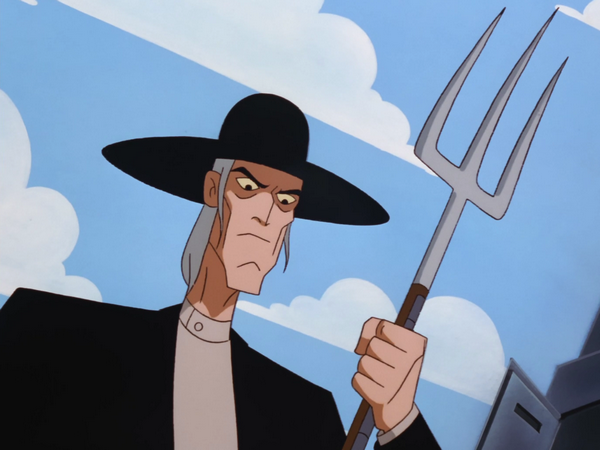 Suggested by Destroyer Farmer Brown is a tricky opponent who fought Batman a while back. If you let him pin you down with his weapon then it’s all over. The Chunk would be able to do that though by spitting out his diamonds left and right. There’s not a whole lot that Farmer Brown can do to stop him because the Farmer has no way to dodge or block the attacks. Eventually his defenses would wear down and that would be it for the fight. Chunk wins.