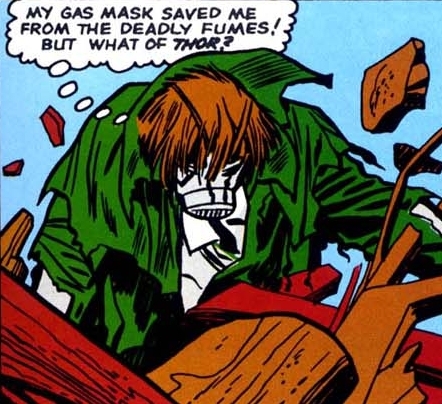 Suggested by Destroyer Mr Hyde is a pretty annoying and weak character in most incarnations. Black Manta would easily crush him if not for the fact that Mr Hyde is quite powerful in Marvel. He has gone toe to toe with Thor on several occasions and also took on Ghost Rider. Black Manta is a lot faster and has great weapons, but they really won’t be able to do a whole lot of damage to Hyde. This is one fight where I just can’t see Manta being able to outlast his opponent. Mr Hyde wins.