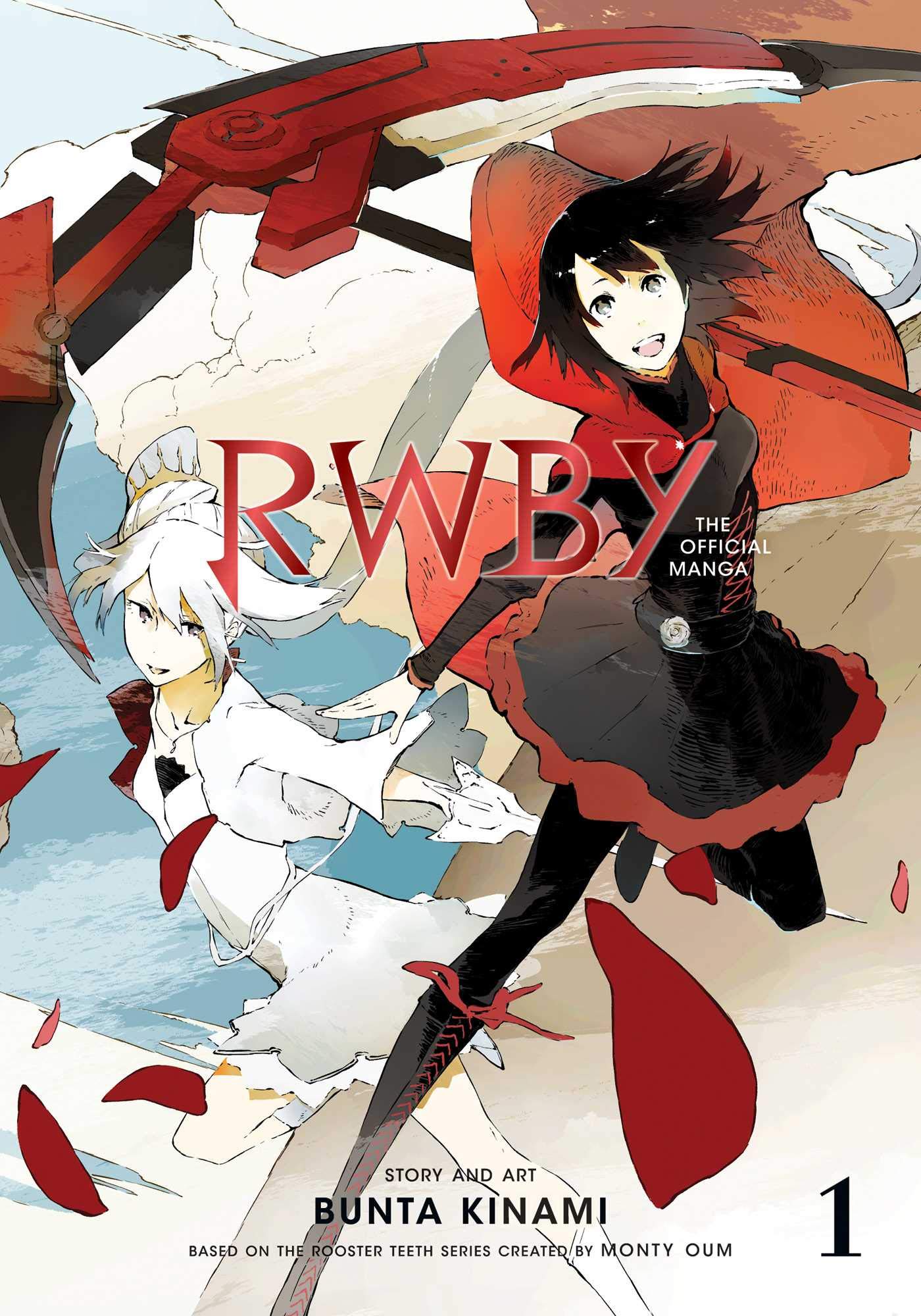 It’s time to look at the recent RWBY manga that ended. The series has now had a few different manga titles although it has yet to have a breakout hit. Unfortunately while the series is still the greatest TV show of all time it has had mixed outcomes to the other mediums. The video games have ranged from pretty good to super low budget and the manga titles before this one were very short and didn’t have solid art. The comics at least sound like they’ve been really solid although I haven’t checked them out yet. This manga covers the first two seasons so it was a shame that it didn’t get to go further. I’m always up for a re-adaption as this could hopefully get the show on people’s radars. That said, the art for this one was also pretty sub-par and while it had some interesting changes, there was nothing to really hook you.

The basic premise of the series is that the world of Remnant is inhabited by a ton of monsters known as the Grimm. The people who fight these creatures are known as Hunters and Huntresses. As a result, each country trains them up through school so that we will have a solid army of people ready to take back the land. This introduces us to our 4 main characters, Ruby, Yang, Weiss, and Blake. Together they make up Team RWBY and will put their effort into stopping Grimm. They’ll have to overcome many hardships but they’ll also make some new allies along the way. Are they ready to save this planet?

RWBY’s main story arc wouldn’t really start until the second half of Volume 3 so this is what I’d consider to be pre-arc. We do get to the first big boss though so that was good. It’s always nostalgic to see the characters in the original adventures. The manga also has the benefit of knowing what’s going to happen in the future so it can always add some foreshadowing or change a few things. There are a lot of little changes in the manga but nothing really major until the final two chapters as we shuffle some fights a bit. We now know that it’s because the series was ending so in a way this helped to close things off a bit more. Arguably anyway, season 2 had a pretty resolute ending either way.

I’ve already touched upon it, but I should get my main negative out of the way here. After all it’s really my only qualm with the series, it’s just a pretty significant one. The art is just really bad. It’s easily one of the weakest I’ve seen in a very long time. Most of the manga titles that I read have very solid artwork. It’s a bit rare to see titles where it’s a little hard to see anything or where the character models are all wrong. Usually you just see that in cash-ins/tie-in manga. Unfortunately that’s at the level where this one is and it feels like the title was thrown together to get some sales as with all the rest. I’m just surprised that RWBY couldn’t get a bigger artist. Perhaps it’s because the series already exists so almost by default it wouldn’t get the same budget as a brand new idea. Either way it’s always a shame because I think the series had a ton of potential to be far better with real art. After all, the series is a 10 star title so with good art I don’t see why the title couldn’t at least get a 9.

Part of the problem is that RWBY got to be amazing in part because of its great humor and solid fight scenes. The art isn’t really able to capture any of that which leaves the series in a bit of a pickle. There’s only so much you can do if the art isn’t up to snuff because even the best scenes falter a bit. It can’t capture the same intensity. For example, all of the fights are still present but none of them are particularly exciting. I dare say that they would be even lower if I didn’t already know the series quite well. I think with Season 3 the series could have still jumped though, it just wasn’t meant to be. I really hope we get a sequel soon because I don’t get how you can just suddenly end like this.

For the positives, Team RWBY is still fun. Ruby is a solid leader who doesn’t compromise in her sense of justice. She always does the right thing and helps out those in need. Towards the end of the series Torchwick tries to mess with her through a bunch of mindgames and Ruby doesn’t buy into them for a second. I can always appreciate that level of determination. When you’re click to waver then it means that your convictions simply weren’t that strong. If you are absolutely confident in yourself then nobody should be able to shake you so easily and also not for long.

The rest of the team are also solid. Yang’s still my favorite member who’s always up for a fight. Weiss hasn’t gotten to most of her character development yet, but she’s still solid. I always like that she has a bit of edge to her. Blake is also pretty good and I consider these volumes to be when she’s at her best. She’s a bit of a vigilante, but Blake’s fighting the good fight and trying to stop the criminals since nobody else is doing much to stop them. Team Jaune is also around to provide backup support even if they don’t get quite as much focus as Ruby’s group. The series has to move fast so we mainly skip to the main chunks of plot and fights. As an abridged series you should definitely be able to get a good feel for all of the characters and the writing is still solid. 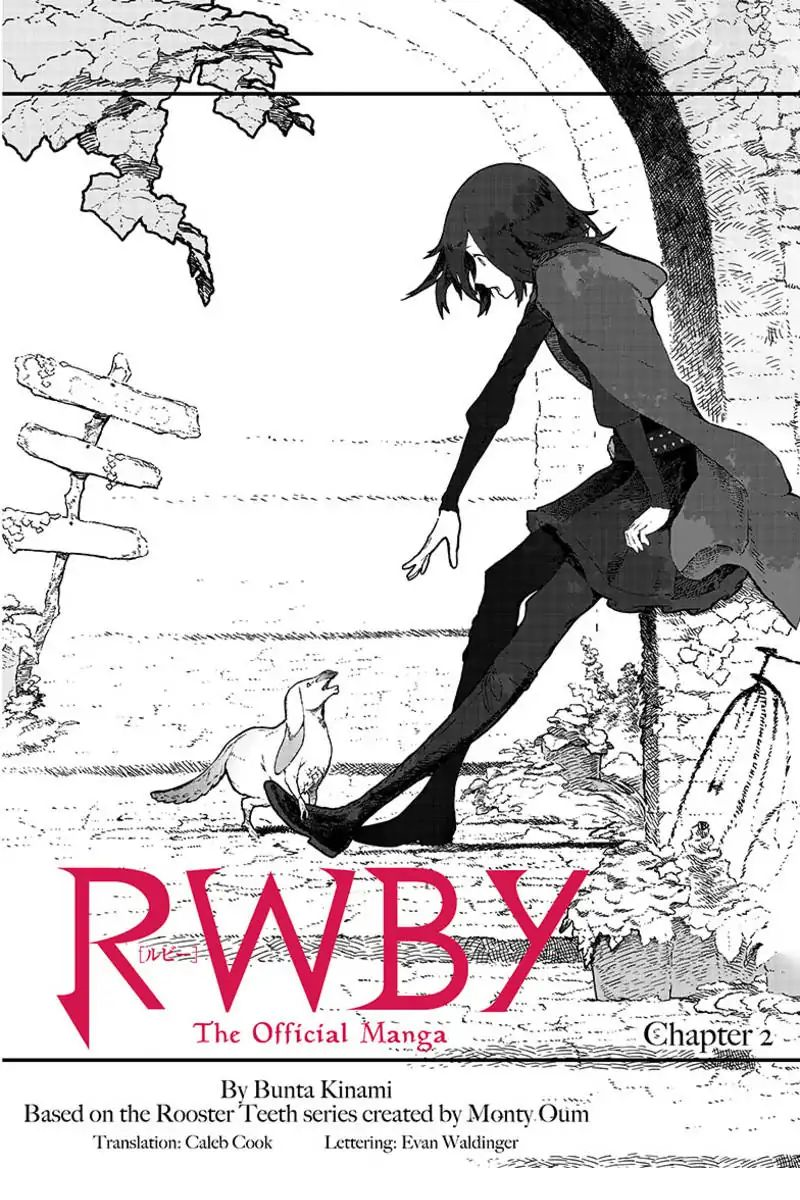 Overall, I was expecting this RWBY manga to adapt at least the first 6 volumes, but to hopefully keep going alongside the show. It would have been cool to have gotten the whole series in manga format to hopefully draw new viewers into the series. Unfortunately that didn’t end up happening which is pretty unfortunate. The actual story is good but it really feels lifeless the whole time. The characters aren’t really able to save the series. It’s a decent read and you should find it entertaining, but I don’t think it’s a series that you would ever end up re-reading. For that you can just watch the show which is way better. Hopefully Rooster Teeth learns from this and gets some really good art for the next series.