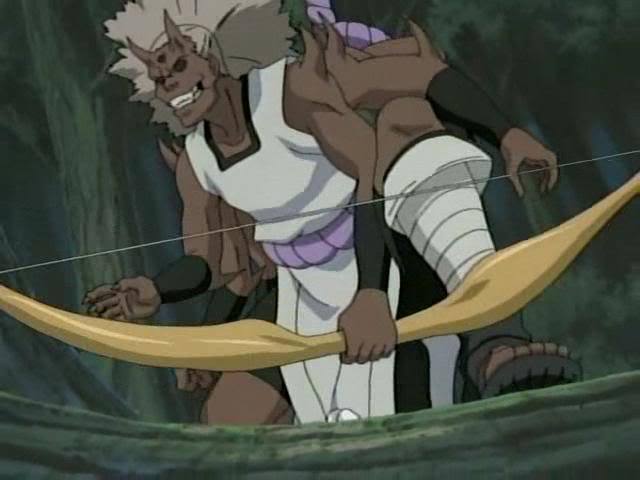 Suggested by Sonic Kidomaru is very good with a bow and also has heightened physical abilities that really help him out in a close fight. That being said, it will not be enough to deal with someone on the level of Zangief so he’ll want to stick to the run and gun tactics. That is what will ultimately win him the day. Zangief really has no long range options which will prove quite fatal to his chances of victory here. He simply won’t be able to keep up with Kidomaru and that’s really going to be an issue for him. Kidomaru can also slow Zangief down with the webbing that he can shoot out. Kidomaru wins.