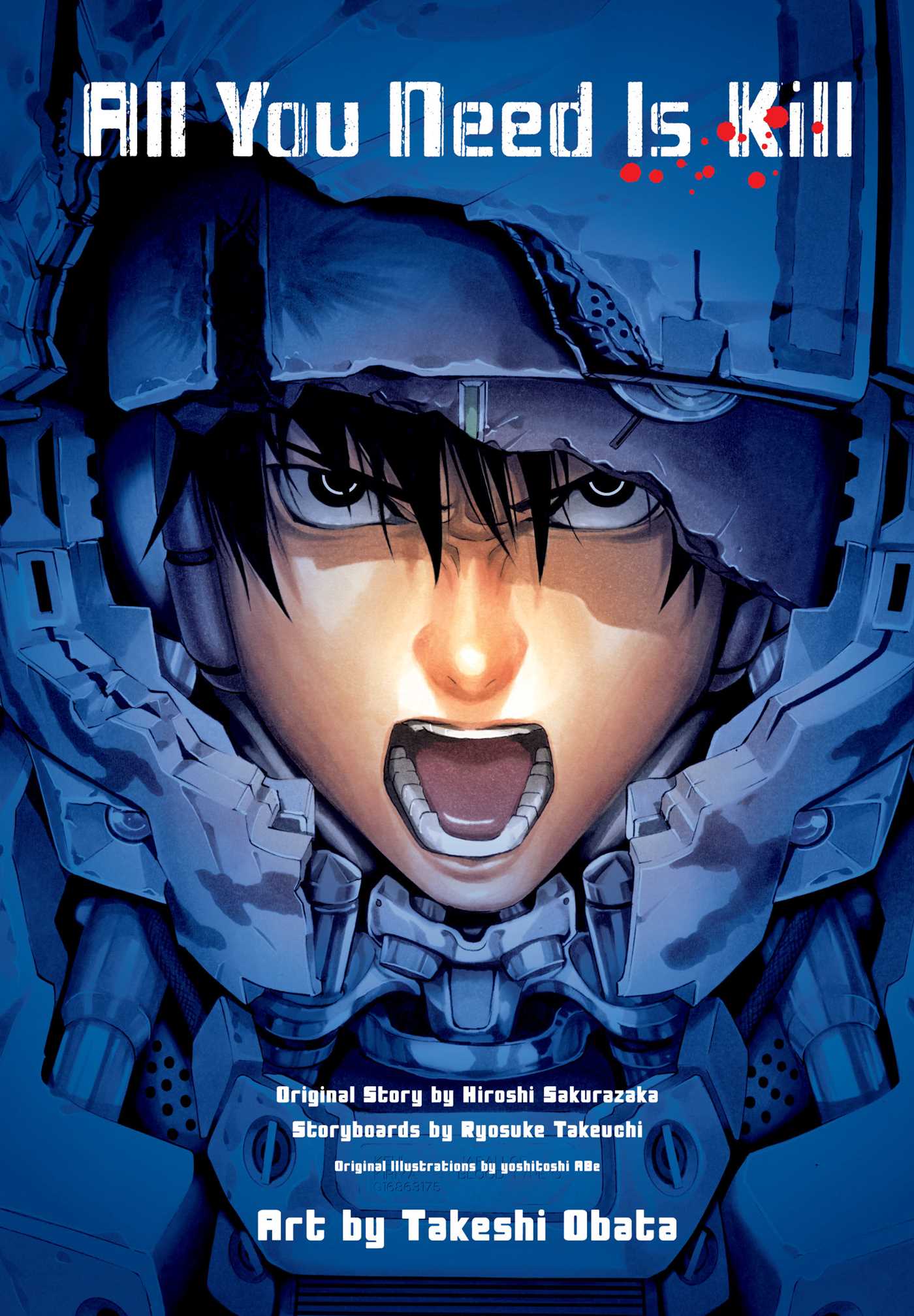 It’s time to look at a pretty interesting story about time travel. What if you could keep on redoing a day until you had perfected it? It’s an interesting idea for sure and if you could master the concept then I could see why anyone would want to do it. Keep replaying the day where you took a test to get the right answered or entering a tournament until you won. There are no limits to what time travel can help you do and that’s why it has always been such an amazing concept. One difference here compared to most that it isn’t exactly all fun and games for the main character. The time travel is quite serious.

We open up the story by being introduced to a very different world. We have been at war with aliens for decades now. They’ve always been one step ahead of us so no matter how many improvements we make to our mechs they always win. There is only one soldier who has been doing well against them lately and her name is Rita. She is able to take down dozens of attackers with the greatest of ease. The rest of the soldiers just watch in awe. Well our lead here is Keiji and he is promptly murdered as soon as he sets foot on the battlefield. The only issue is that he then wakes up back to the start of the day. He then repeats the day and dies again, which sends him to the beginning of the loop. He can’t find any reason as to why this started or how to get out but he suspects that it has happened for a reason. Can he now find a way to win this war and save humanity?

Of course you gotta take it one fight at a time but winning this battle would be huge. Keiji quickly realizes that every action that he takes a little differently affects quite a lot. The only worrisome part is that the aliens never act the same way so it seems like they are aware of what he is doing. Well, no matter. Keiji still aims to win this fight and he may need Rita’s help for that. It’s effectively Groundhog Day but in the middle of a war so the stakes are pretty high and it’s not like he can just have fun. Of course, living the same day over and over again for too long in any circumstance would get old quickly.

Keiji definitely makes for a good main character. He may not be thrilled at what’s going on but what I liked is that Keiji gets with the program right away. He quickly sees the benefit of this and trains as hard as he can to be the perfect soldier. He’s a very determined main character and doesn’t get distracted so easily. At one point in one of the timelines someone offers to “console” him and Keiji quickly turns down the random 1 night affair. Even though he could have done so and just went back to business the next day he kept his eye on the prize. Keiji wasn’t going to walk away without getting more knowledge on the enemy. It seems like he went through the loop hundreds if not thousands of times and never lost his sanity. For sure it did take an emotional toll as he would look terrible but he always said and did the right things anyway.

When a plan would fail Keiji would try the next best option. I definitely had no issues with him here. He fought til the end. There isn’t really much of a cast here. There are supporting characters of course but the only other important one would be Rita. She’s definitely a very solid character as well. As the ace fighter of the whole army her abilities greatly exceed those of anyone else. The only one who is able to keep up with her later on is Keiji thanks to all of the looping. Rita is a very no nonsense character who is always ready to fight. Even when the aliens try surprise attacks she doesn’t fall to those and just regroups. At the same time, she would like to have someone she could talk too, but just doesn’t see the point. It’s not like anyone can keep up and most are too scared to even talk to her. Her quiet confidence and overwhelming talent makes her quite memorable. If the army did not have her around then even with all the resets in the world I wonder if Keiji would have ever been able to make any real progress here. Perhaps, but it would take such a long time that his psyche would be in even worse shape.

The idea behind the story is just excellent. The idea of being able to keep on trying over and over again until you can solve things is brilliant. The manga also touches on other aspects of this. For example, even if you can figure out how to win that’s not enough. You then have to keep on going until you find a method that can save the most lives. If you assume that you have endless tries then you don’t need to worry as much but that’s also a big assumption. You have to ultimately figure things out as fast as possible so you don’t risk too much. Make the wrong call and it could blow up in your face. The writing will definitely remind you of something like Death Note where you have to consider all the implications that a single action can have.

The artwork is definitely excellent. There’s a lot of detail put into each of the pages. The characters really stand out and the artist does a good job of helping you feel the dread they experience when they get out into the field. This isn’t the kind of series where you can expect everyone to have a happy ending. There’s a war going on after all and the humans are just trying to survive as best they can. The ending is very solid though and you could reasonably continue with a sequel at some point. I would say that there is still as lot more you can do with the concept although I suppose the series was trying not to be redundant. It’s the kind of ending where you can easily picture how things will go either way. Whether the heroes or aliens win the war is up to you. 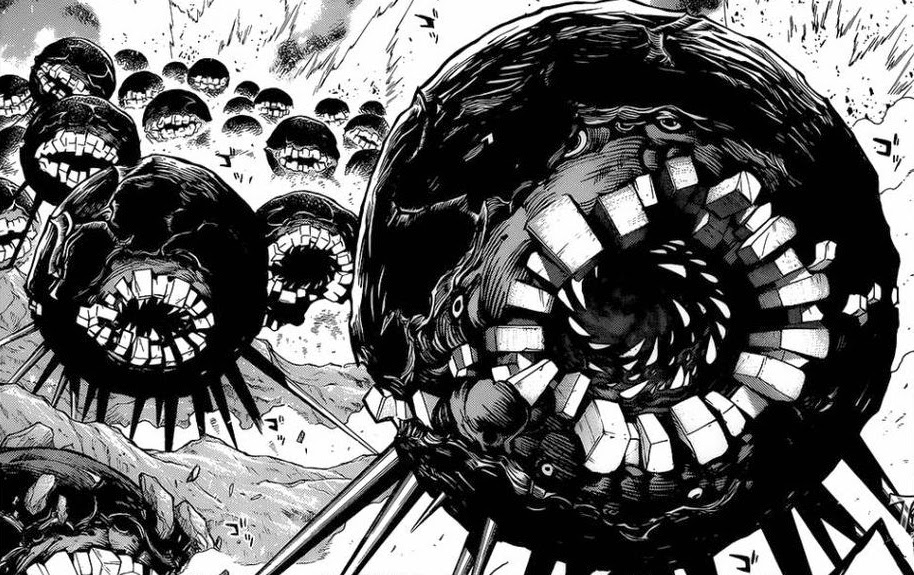 Overall, All You Need is Kill is definitely one of those titles that you’ll probably need to take a second look at to make sure you read it properly. The grammar might not really make sense but you’ll still get the idea right away. At the end of the day the kill is really the important part to the characters here. This is a very well crafted story with a fun premise that the writer takes advantage of. Everything is executed well and it’s a title I could recommend to anyone. It can get a bit violent as it’s in a war with aliens stabbing people to death but it’s nothing too crazy I’d say. The alien designs were definitely intense and the manga did a good job of showing how fierce they could be while highlighting that there is no room for hesitation there. You either land the first blow or you won’t be around to see the next one.