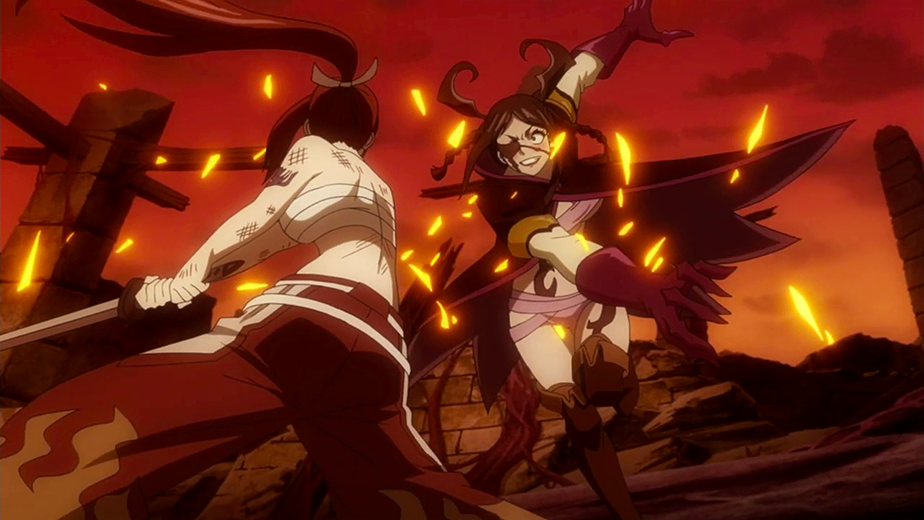 Minerva was one of the most powerful foes that Erza had to go up against. She was so powerful that despite Erza winning their fight it seemed like Minerva was still much more powerful. Still, it has been a few arcs since then and Erza has continued to grow more powerful. As it stands she would be able to win now although I suspect the fight would still be close. Minerva’s magical augmentations make her a lethal opponent for any character to deal with. Even being able to block Natsu’s fire attack the way she did back then was pretty impressive. This is a fight that will have a lot of back and forth but Erza will claim victory once more. Erza wins.