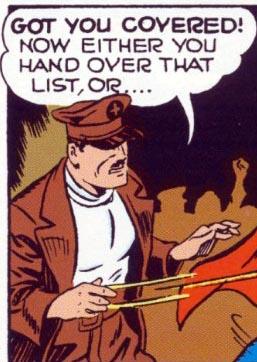 Suggested by Destroyer Luke Benson and Eric both have a lot of similarities in their character arcs. They are both average thugs with a gun who tried to attack Superman and failed epicly. I would expect Eric to have a little more combat experience though. Luke cracked and became a villain while Eric was a villain from the start. That’s going to be the deciding factor here. Eric Reibel wins.