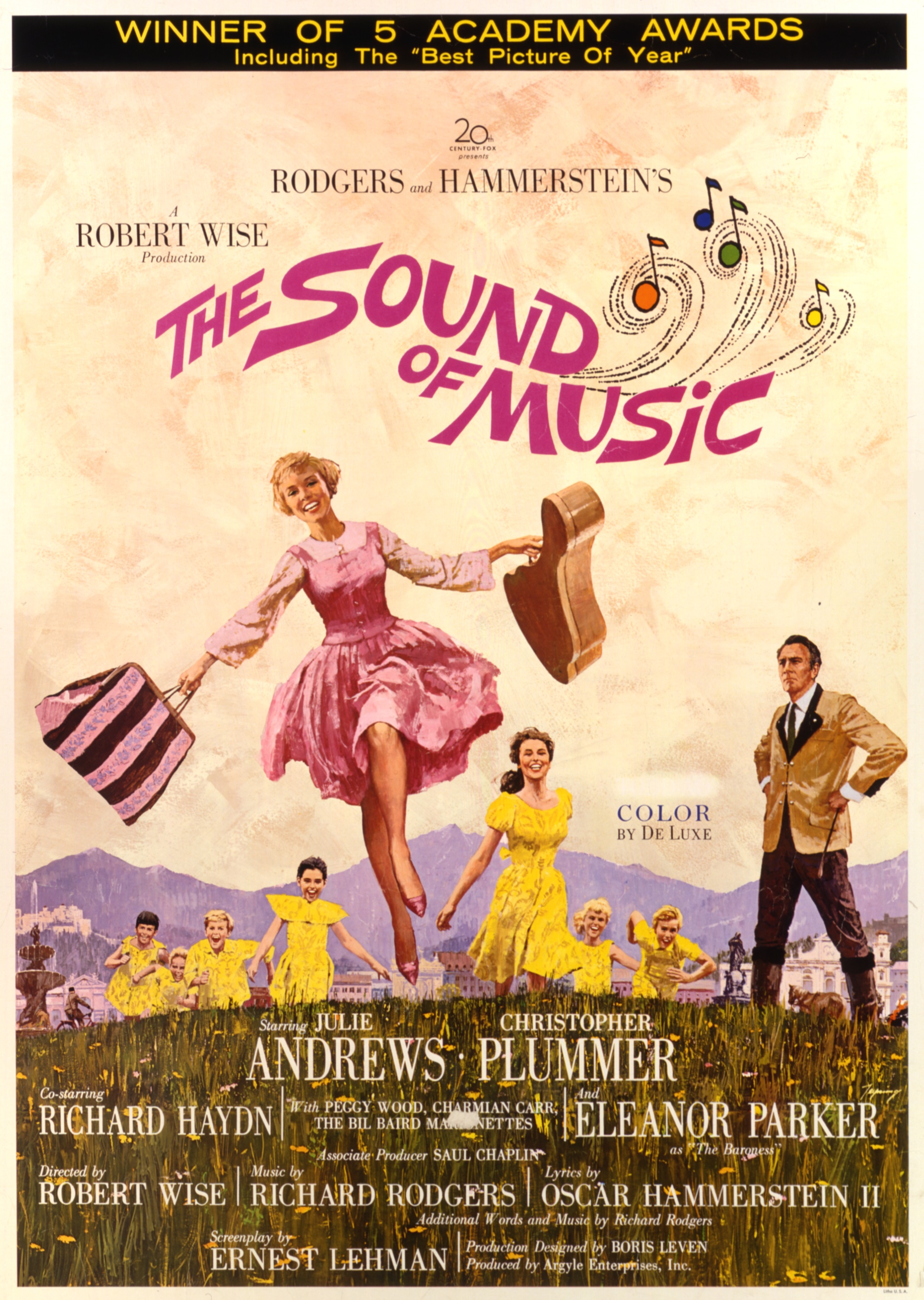 Time to look at one of the big musicals from a while back. It’s intense to think that it’s been more than 50 years since this classic came out. When you’re making a musical the key is to always have good songs but also a strong plot. If you fail at both of those aspects then you become the next Cats film. If you succeed with at least one area then you’ve at least got a good starting point. I would say that the story is solid and the music is good. The style of music isn’t necessarily my thing but it works well enough with the film’s context. In the end the most impressive thing here is that the film is quite long but does not end up feeling dragged out or slow paced.

The movie starts by introducing us to a Nun in training named Maria. She is a free spirit and just doesn’t care to be confined by rules and regulations. If she wants to do something then she’s just going to go ahead and do it. That ultimately ends up leaving the Nuns to send her off to the home of Captain Von Trapp where she will serve as a governess and look after the 7 kids. This will be a difficult task as the kids have already chased off many others before her arrival. Still, Maria isn’t scared and is in fact looking forward to the challenge. These kids won’t get the best of her or at least they won’t have an easy time of doing so. Adding to the drama though is that the Captain has decided to marry someone but now he is being distracted by Maria’s presence. As a Nun in training Maria is to stay away from romance but can she really do this? Additionally, the Nazi’s have begun their takeover of Austria so the main characters are going to have to make some tough decisions here.

As the film is around 3 hours there is a lot of content they are able to sift through. It’s why it makes sense for there to be so many different plots around. There’s even a romance plot with the eldest child who is in love with a delivery boy but gradually he succumbs to the Nazi ideology which transforms him and causes a rift to be formed. The film is definitely showing how quickly a person can change and it’s pretty realistic. In particular politics can cause rifts rather quickly and change people quite thoroughly. It’s a good thing she didn’t enter into that romance more or things could have been tricky.

For the most part the kids aren’t quite as rebellious as you would expect. They play pranks on Maria a little bit during the very first scenes of the film but from there they quickly lay off when they see that she’s actually a decent person. I was glad we pretty much zoomed over that plot because it makes sense that Maria would win them over. She was quite down to earth from the start and as a rebellious person herself, she would be able to deal with them fairly well. The scene of all the kids being scared of the thunderstorm was a bit cheesy though. Maria did a good job of covering for them though.

She’s quite the solid lead. I like Maria’s energy. While she may have surrendered a little too quickly in leaving the estate the first time, that’s the only scene where I’d say she didn’t look great. Beyond that she was on point from start to finish and excelled at being a governess. I also liked that she laid down the law right away that she would not be answering to a whistle. That was definitely a bit much and setting those boundaries from the start rather than trying to accept them is what separates her from what a weaker lead character would have done.

Meanwhile you have the Captain who starts out rather antagonistically but he does change. By the end of the film you could definitely say that he was a quality character. He was at least open to changing his mind even if he came very close to firing Maria. If that scene had played out differently then most likely he would have never quite had the character arc that he ended up getting. He is a bit wishy washy when it comes to romance though, the guy tends to rebound a little too quickly considering how close to marriage he was.

Then you have the Baroness Elsa and you already know that things aren’t going to end well for her the instant she appears. In fairness to her character, the film doesn’t portray her as someone who’s incredibly mean or anything like that. There is the clear contrast that she is not nearly as pleasant as Maria though. When the kids pick on Maria she has fun with them and turns the tables, but does so with no malicious intent. That’s why she becomes friends with them. When the kids start on Elsa she quickly decides to ship them off to school. It’s a very different approach that highlights how different the characters are. Then there’s Max who just wants to make a profit off of everything. He doesn’t like taking risks and will do whatever is the most profitable action. He never becomes a hero or anything like that and while he has a friendly disposition, you can never tell how genuine it is. He’s the kind of guy you can’t really trust.

As for the songs, as mentioned they are pretty decent. The songs all tend to have a lot of story thrown into them so it helps to give them some substance. The weakest song is definitely the romance one in the courtyard where the delivery boy is trying to win points. Even before knowing how that plot ends you just don’t think things will be so easy and the guy is just too nervous in general. The writing is also on point. The film tackles a lot of pretty serious themes and there’s a lot of great back and forth dialogue. One such scene for example is when the Captain’s escape plan is thwarted so he has to have a conversation with the cops. There’s a lot of double meanings throughout the whole conversation with obvious threats being thrown in as polite small talk.

The film has a nice sense of danger there. While it’s a pretty happy slice of life for the majority of the adventure, you can see background elements throughout the movie. If you’re caught up on your history then you’ll realize what is going on pretty early into the film but otherwise things will start clicking into place by the middle act. This makes for a solid climax and also helps develop the Captain’s character as someone who wouldn’t compromise on his ideals even through the very end. Other options would have been easier but he stayed true to his course of defying the Nazi’s and would rather die than serve them.

Overall, The Sound of Music is a solid musical. The film really covers a lot and this is the kind of super long film that feels earned. It’s not just padding for time and every scene feels pretty important. I’m sure there are places you could drill down to make this a shorter experience but since it didn’t drag on and solid throughout there is no need. I don’t know how accurate this would be to the events or if the drama may have been drummed up, but I can definitely say it’s a solid movie. I’d certainly recommend this to anyone who wants to watch a light hearted musical with good character development all throughout.

3 thoughts on “The Sound of Music”