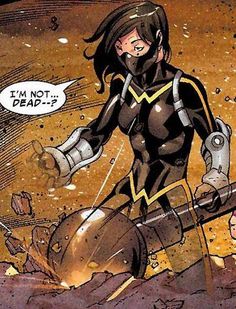 Suggested by Sonic Jubilee isn’t typically known as one of the stronger Xmen members but her abilities have grown and grown quite a lot over the years. She went from having rather basic firework type abilities to now she has super strength, flight, and speed thanks to her brief role as Wondra. Mix that in with her vampire abilities and she is a force to be reckoned with. Lady Octopus’ shields can protect her for a while but they won’t last long enough. Jubilee wins.