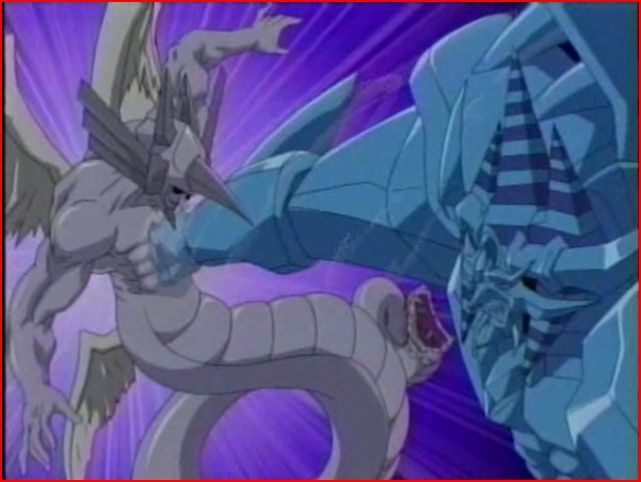 Suggested by Sonic This is a pretty tough one. I would consider Diabound to be stronger than Obelisk one on one. Obelisk did defeat Diabound when they first fought but it was the monster’s weakest form. That said, Obelisk’s super form into the true god of duel monsters would amp up his abilities even more. I see Diabound putting up a terrific fight but ultimately he would be defeated. Obelisk wins.